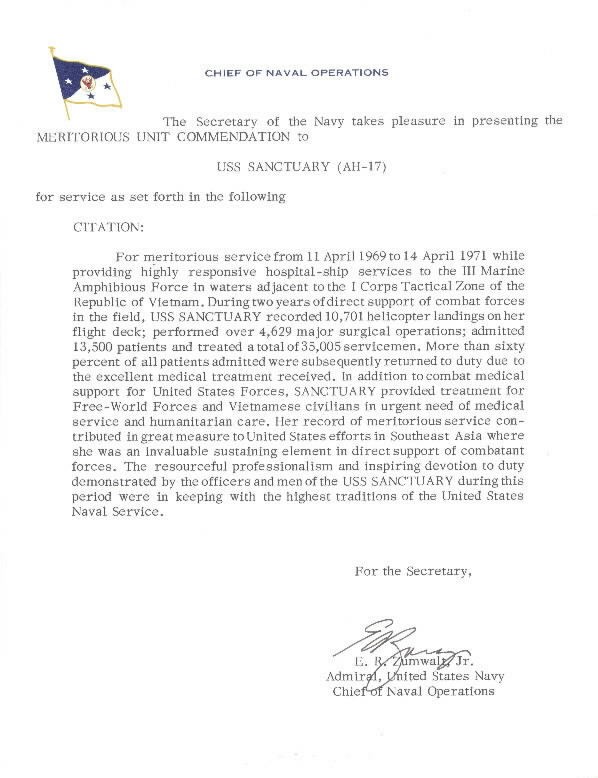 For meritorious service from 11 April 1969 to 14 April 1971 while providing highly responsive hospital-ship services to the III Marine Amphibious Force in waters adjacent to the I Corps Tactical Zone of the Republic of Vietnam. During two years of direct support of combat forces in the field, USS SANCTUARY recorded 10,701 helicopter landings on her flight deck; performed over 4,629 major surgical operations; admitted 13,500 patients and treated a total of 35,005 servicemen. More than sixty percent of all patients admitted were subsequently returned to duty due to the excellent medical treatment received. In addition to combat medical support for United States Forces, SANCTUARY provided treatment for Free-World Forces and Vietnamese civilians in urgent need of medical service and humanitarian care. Her record of meritorious service contributed in great measure to United States efforts in Southeast Asia where she was an invaluable sustaining element in direct support of combatant forces. The resourceful professionalism and inspiring devotion to duty demonstrated by the officers and men of the USS SANCTUARY during this period were in keeping with the highest traditions of the United States Naval Service.