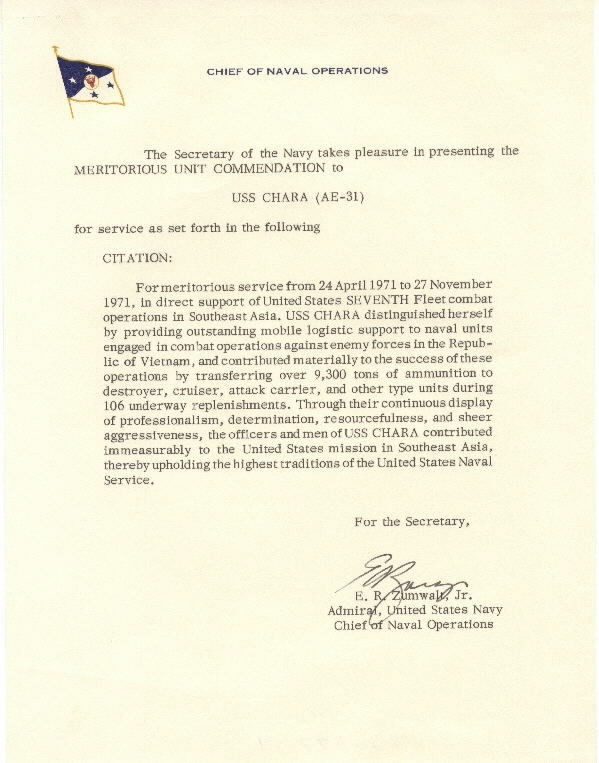 For meritorious service from 24 April 1971 to 27 November 1971, in direct support of United States SEVENTH Fleet combat operations in Southeast Asia. USS CHARA distinguished herself by providing outstanding mobile logistic support to naval units engaged in combat operations against enemy forces in the Republic of Vietnam, and contributed materially to the success of these operations by transferring over 9,300 tons of ammunition to destroyer, cruiser, attack carrier, and other type units during 106 underway replenishments. Through their continuous display of professionalism, determination, resourcefulness, and sheer aggressiveness, the officers and men of USS CHARA contributed immeasurably to the United States mission in Southeast Asia, thereby upholding the highest traditions of the United States Navy Service.