For meritorious service from 1 January 1967 to 1 November 1970 in providing superlative mail service to U.S. military personnel and their allies in Southeast Asia. Terminal Navy Post Office, Subic Bay's effective planning, responsive actions and flexibility in coping with myriad problems in the face of a rising tide of mail were ample testimony to the exemplary performance of all personnel assigned to that activity during this period. The continued emphasis placed by the activity on the importance of the expeditious movement of the mail was instrumental in the maintenance of a high degree of morale among U.S. Armed Forces and their allies. In anticipating and effectively providing for handling and transporting the massive increase in mail volume, combined with the establishment of new mail-handling techniques, dispatching and transportation procedures, the Terminal Navy Post Office contributed significantly to the logistic support of the operating forces of the U.S. Seventh Fleet. By their continual display of professionalism, resourcefulness, and dedication, the officers and men of Terminal Navy Post Office, Subic Bay upheld the highest traditions of the United States Naval Service. 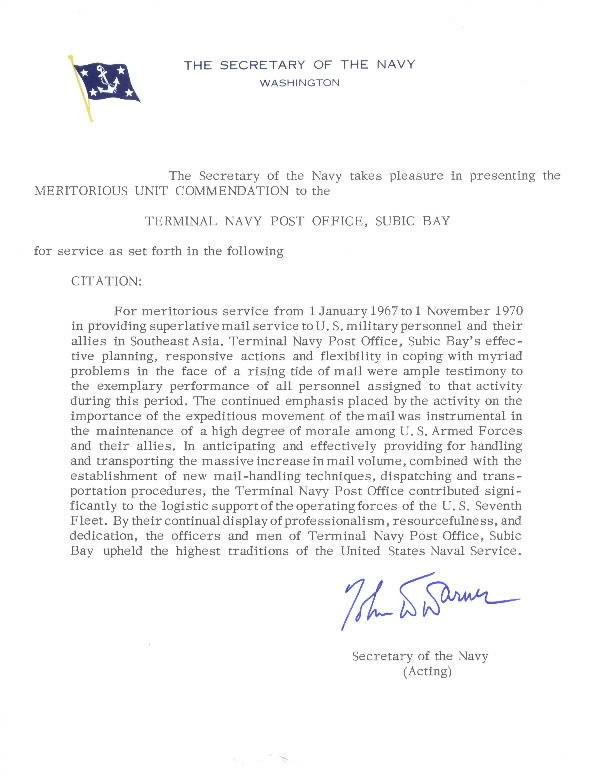