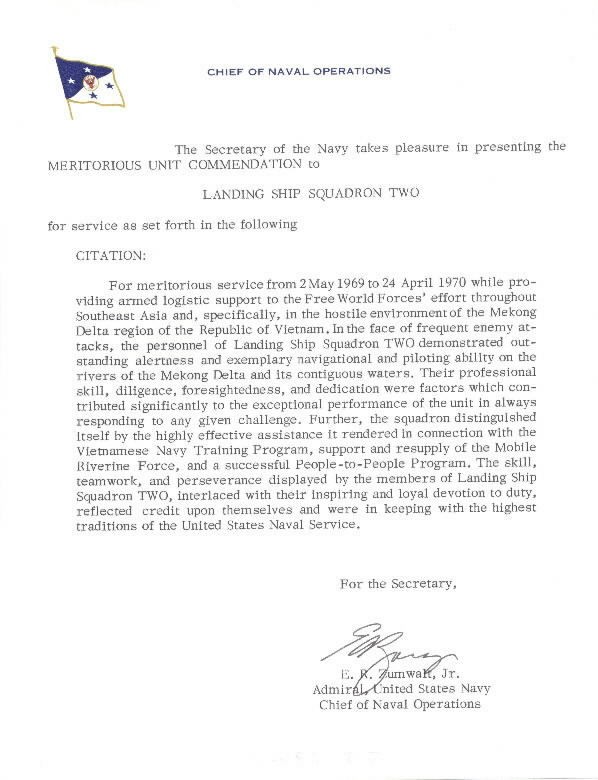 For meritorious service from 2 May 1969 to 24 April 1970 while providing armed logistic support to the Free World Forces' effort throughout Southeast Asia and, specifically, in the hostile environment of the Mekong Delta region of the Republic of Vietnam. In the face of frequent enemy attacks, the personnel of Landing Ship Squadron TWO demonstrated outstanding alertness and exemplary navigational and piloting ability on the rivers of the Mekong Delta and its contiguous waters. Their professional skill, diligence, foresightedness, and dedication were factors which contributed significantly to the exceptional performance of the unit in always responding to any given challenge. Further, the squadron distinguished itself by the highly effective assistance it rendered in connection with the Vietnamese Navy Training Program, support and resupply of the Mobile Riverine Force, and a successful People-to-People Program. The skill, teamwork, and perseverance displayed by the members of Landing Ship Squadron TWO, interlaced with their inspiring and loyal devotion to duty, reflected credit upon themselves and were in keeping with the highest traditions of the United States Naval Service.