LS dated 18 December 1838. From William Shuttleworth, with an update on progress of the
"Masters Bill" through Congress. 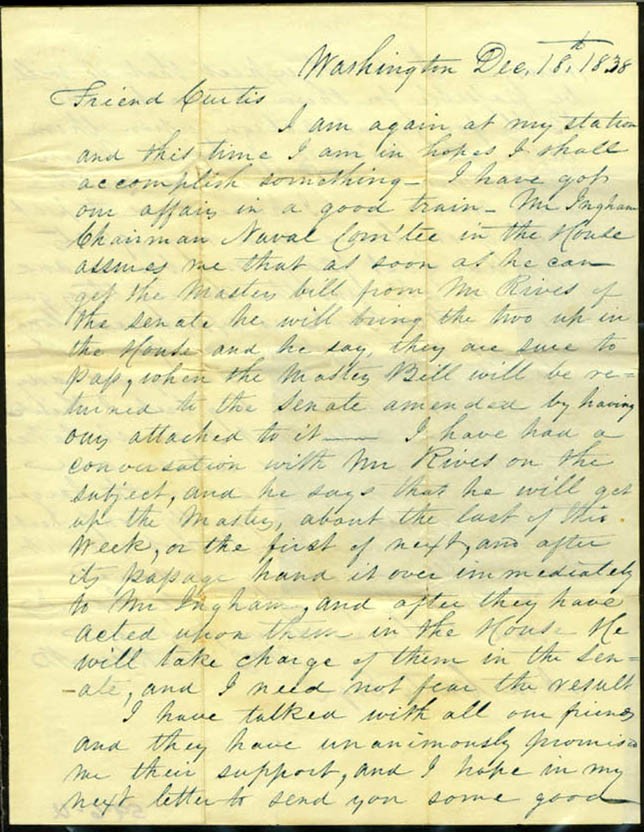 Washington Dec. 18th 1838
Friend Curtis
I am at my station
and this time I am in hope I shall
accomplish something. I have got
our affairs in a good train. Mr Ingham
Chairman Naval Committee in the House
assures me that as soon as he can
get the Masters Bill from Mr Rivers of
the Senate he will bring the two up in
the House and he says they are sure to
pass, when the Masters Bill will re-
turn to the Senate amended by having
ours attached to it. I have had a
conversation with Mr Rivers on the
subject, and he says that he will get
up the Masters, about the last of this
week, on the first of next, and after
its passage hand it over immediately
to Mr Ingham, and after they have
voted upon them, in the House, he
will take charge of them in the Sen-
ate, and I will not fear the result.
I have talked with all our friends
and they have unanimously promised
me their support, and I hope in my
next letter to send you some good 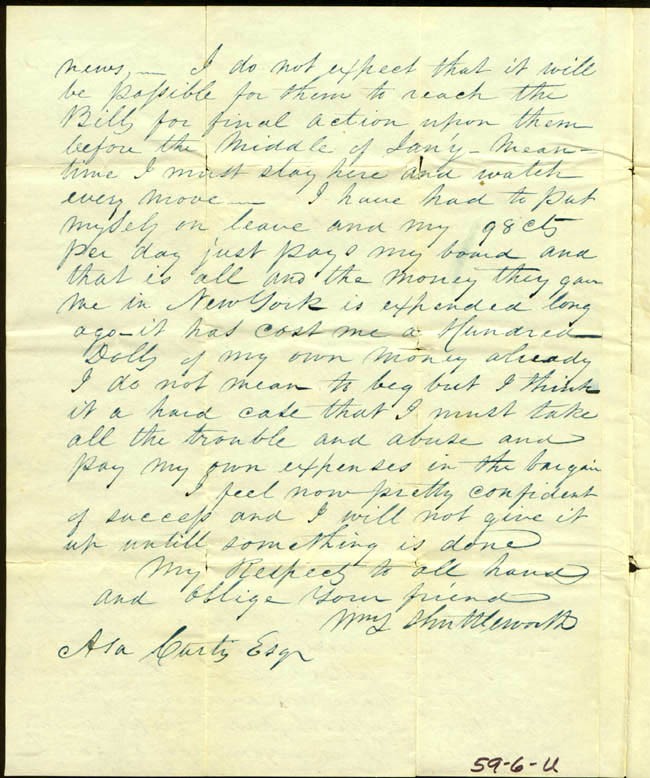 [Page 2]
news. I do not expect that it will
be possible for them to reach the
Bills for final action upon them
before the middle of January. Mean-
time I must stay here and watch
every move. I have had to put
myself on leave and my 98cts
per day just pays my board and
that is all and the money they gave
me in New York is expended long
ago - it had cost me a Hundred
Doll[ar]s of my own money already
I do not mean to beg but I think
it a hard case that I must take
all the trouble and abuse and
pay my own expenses in the bargain.
I feel now pretty confident
of success and I will not give it
up until something is done.
My respects to all hands
and oblige your friend,
W[illia]m Shuttleworth
Asa Curtis Esq.