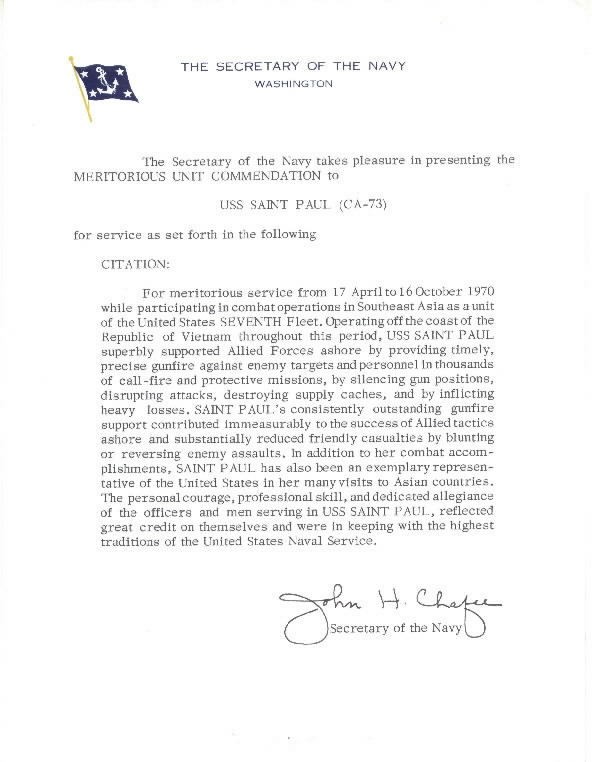 For meritorious service from 17 April to 16 October 1970 while participating in combat operations in Southeast Asia as a unit of the United States SEVENTH FLEET. Operating off the coast of the Republic of Vietnam throughout this period, USS SAINT PAUL superbly supported Allied Forces ashore by providing timely, precise gunfire against enemy targets and personnel in thousands of call-fire and protective missions, by silencing gun positions, disrupting attacks, destroying supply caches, and by inflicting heavy losses. SAINT PAUL's consitently outstanding gunfire support contributed immeasurably to the success of Allied tactics ashore and substantially reduced friendly casualties by blunting or reversing enemy assaults. In addition to her combat accomplishments, SAINT PAUL has also been an exemplary representative of the United States in her many visits to Asian countries. The personal courage, professional skill, and dedicated allegiance of the officers and men serivng in USS SAINT PAUL, reflected great credit on themselves and were in keeping with the highest traditions of the United States Naval Service.