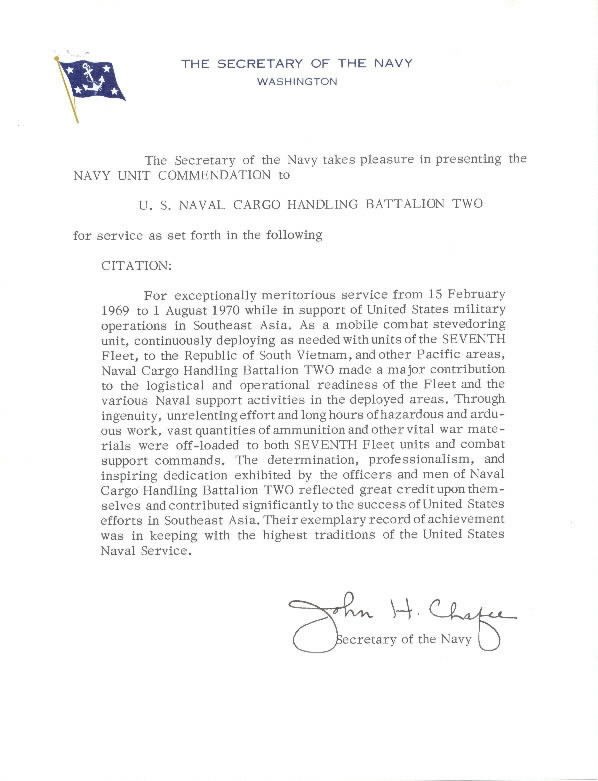 For exceptionally meritorious service from 15 February 1969 to 1 August 1970 while in support of United States military operations in Southeast Asia. As a mobile combat stevedoring unit, continuously deploying as needed with units of the SEVENTH FLEET, to the Republic of South Vietnam, and other Pacific areas, Naval Cargo Handling Battalion TWO made a major contribution to the logistical and operational readiness of the Fleet and the various Naval support activities in the deployed areas. Through ingenuity, unrelenting effort and long hours of hazardous and arduous work, vast quantities of ammunition and other vital war materials were off-loaded to both SEVENTH FLEET units and combat support commands. The determination, professionalism, and inspiring dedication exhibited by the officers and men of Naval Cargo Handling Battalion TWO reflected great credit upon themselves and contributed significantly to the success of United States efforts in Southeast Asia. Their exemplary record of achievement was in keeping with the highest traditions of the United States Naval Service.