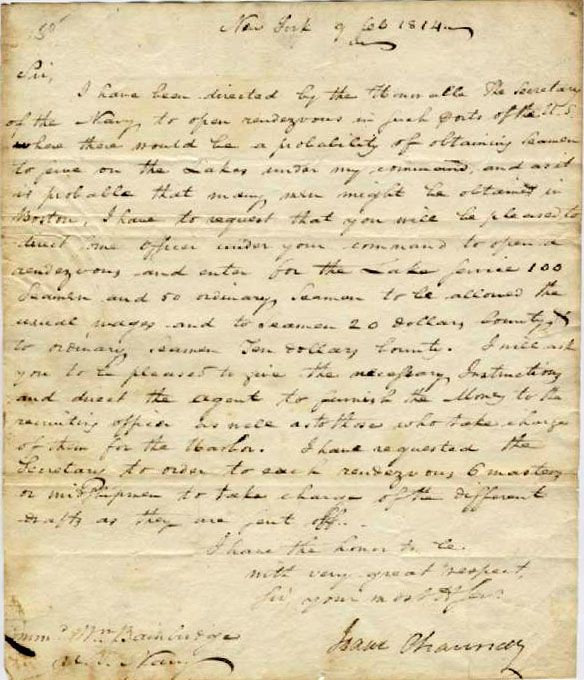 I have been directed by the Honorable the Secretary
of the Navy to open rendezvous in fresh ports of the U.S.
where there would be a probability of obtaining seamen
to serve on the Lakes under my command and as it
is probable that many men might be obtained in
Boston I have to request that you will be pleased to
direct some officers under your command to open a
rendezvous and enter for the Lake Service 100
Seamen and 50 ordinary Seamen to be allowed the
usual wages and to Seamen 20 dollars bounty and
to ordinary Seamen Ten Dollars bounty. I will ask
you to be pleased to give the necessary instructions
and direct the agent to furnish the money to the
recruiting officer as well as those who take charge
of them for the Harbor. I have requested the
Secretary to order each rendezvous 6 masters
or midshipmen to take charge of the different
drafts as they are sent off.

I have the honor to be

Sir, your most obedient servant