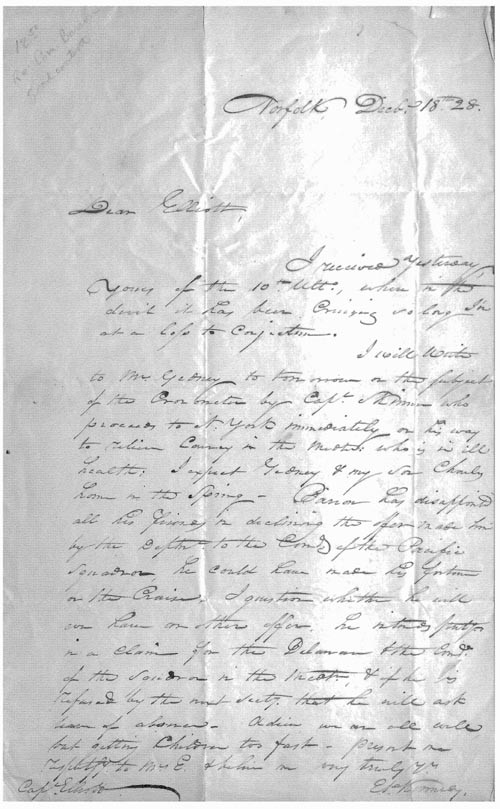 I received yesterday, yours of the 10th lett. [...], where in the devil it has been. Cruizing so long I'm at a loss to conjecture.
I will write to Mr. Gedney to tomorrow on the subject of the Cronometer by Capt. [...] who proceeds to N. York immediately on his way to relieve [...] in the (months) : who is in ill health. I expect Gedney & my son Charly home in the Spring - Barron has disappointed all his friends in declining the offer made him by the Deptmt. to the Command of the Pacific Squadron, he could have made his fortune on the (Cruise) . I question whether he will ever have an other offer. He intends putting in a claim for the Delaware & the Command of the Squadron in the [...], & if he is refused by the next sectry. that he will ask leave of absence. Adieu we are all well but getting [...] too fast - present me respectfully to Mrs. E. & believe me very truly yours 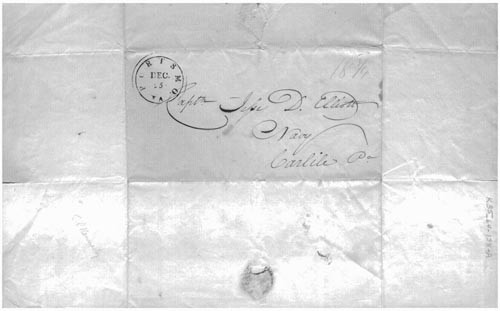