We thank the Naval Historical Foundation for donating this collection to the Navy Department Library.

Biographical Sketch: Commodore George Hamilton Perkins was born at Hopkinton, New Hampshire, on 20 October 1835. He was appointed midshipman in 1851 and served on active duty until 1891. He fought with Farragut at Forts Jackson and Saint Philip, at the capture of Governor Moore and three ships of the Montgomery Flotilla, and at the surrender of New Orleans in April 1862. He also fought at Port Hudson and Whitehall's River in July 1862; the captures of Mary Sorley and Tennessee; the Battle of Mobile Bay; and Forts Powell, Gaines, and Morgan in August 1864. He was commissioned a Commodore on the Retired List in 1896 and died at Boston, Massachusetts, on 28 October 1899. [Adapted from Dictionary of American Naval Fighting Ships, Perkins III (DD-877).]

Three US Navy ships were named after Commodore Perkins: 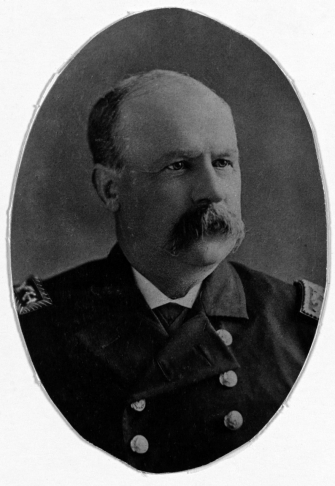 Scope and Content: The portion of the Commodore George H. Perkins, USN, collection in the Navy Department Library consists of a photo album, circa 1865, with photos of Commodore Perkins and his family, Admiral and Mrs. David G. Farragut, Loyall Farragut (their son), USS Hartford, and other USN and USA officers; a photo badge with a photograph of Commodore Perkins from August 1907; and letter books containing letters from naval officers to Perkins, 1862–1896, and letters from Perkins to his family, 1856–1879. Additional items from the Perkins collection are held in the Naval History and Heritage Command Art Gallery and the Naval History and Heritage Command Photo Archives. 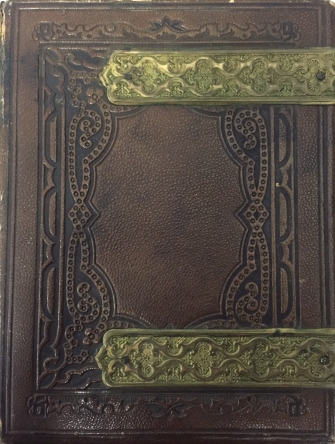 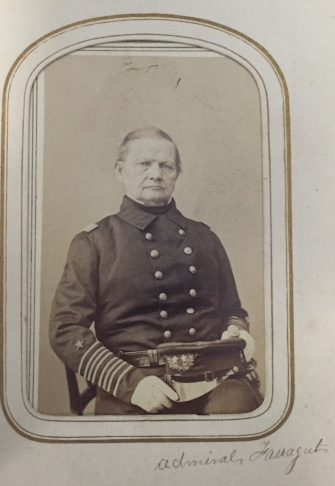 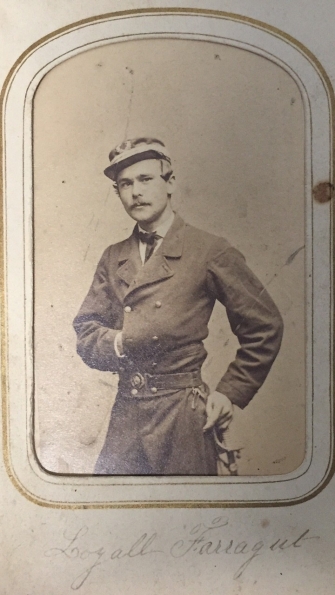 Use and Reproduction Policy: Manuscripts and Special Collections books are unavailable for loan and must be consulted in the library. Photocopying is generally prohibited, though the use of digital cameras by researchers to reproduce non-copyrighted materials is permitted.