We thank Mrs. Barbara File for her generous donation of this collection.

Scope and Content: The collection contains letters numbered 1 through 154 written by Signalman Donald T. File to his parents and occasional other recipients during World War II. File served aboard USS LCI (G) #568 and wrote his letters between 7 September 1943 and 25 February 1946. 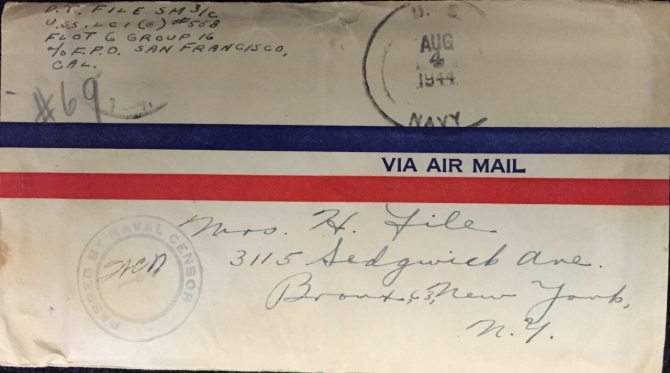