Series V: Images of Postal Covers Mailed from Midway Is.

Arthur Irwin Strong was born in Kalamazoo, Michigan on 6 May 1894 and grew up in Seattle, Washington.

In 1918, he was rejected by the military for medical reasons. He always regretted not being in the Great War. He became a businessman, owned restaurants and a downtown Seattle bar named The Referee.

During the Depression he, his wife Vera, and three children moved to Boise, Idaho, where, Arthur was able to find work as a heavy equipment operator.

In 1940, he signed a year contract with the Morrison Knudson Company to work on Midway Island on a construction job to complete a Navy housing project.

On Midway Island, Strong was dubbed "The Governor" because he wore a white shirt (hard to maintain in brackish water) because he sent his shirts to his wife via Pan Am deliveries.

The events of 7 December 1941 did not surprise Arthur or his family as they surmised it was not "if the Japanese attacked Pearl Harbor, but "when". After the attack, getting civilians off the island went slowly and was handled by a lottery. He was taken to Hawaii and there he helped dredge Pearl Harbor, gave blood and worked long hours. Finally, he was able to radio home that he was all right. Later, plans were put into place to send him back to the States.

After returning home, Strong signed on to work in Adak, Alaska. He was there when the Japanese attacked Alaska. For the remainder of the war, Arthur, Sr. either worked in the South Pacific or Alaska. He felt this made up for being unable to serve in the military during the '"Great War." He returned home for good in 1945.

Arthur Strong was never a member of the Navy. He was one of many workers spread over the islands of the South Pacific in the 1940s, building up Navy bases. They are an untold story, a part of the Navy's history.

The bulk of the collection contains two series of letters written by Arthur Strong to his wife Vera in 1941 and 1942. The first series is a collection of approximately 40 letters mailed from Midway Island while Strong was employed as a defense contractor there during July-November 1941. The second series consists of approximately 20 letters written from Hawaii during 1945. With one or two exceptions, all of the latter are addressed to Vera. The collection also includes three letters written by Strong in the early part of 1941 to his son, Arthur Jr., who was serving in the United States Army. The collection also contains one letter to Strong from his son written in 1944. This item is housed in the miscellaneous folder.

Arthur Strong Jr. had been a member of the Idaho National Guard. He was inducted into the United States Army in 1940, he trained at Fort Lewis, Washington and was sent to the Philippines. He arrived in Hawaii around 1 December 1941, but was unable to contact his father. Arthur Jr. was mustered out of the Army after serving 47 months in the South Pacific. 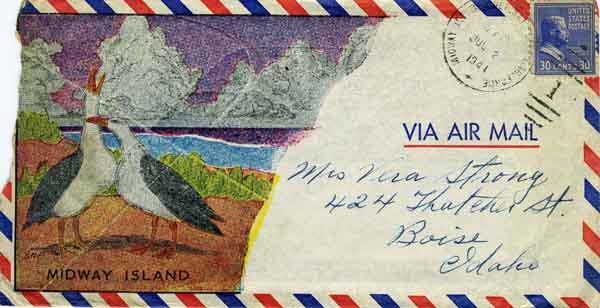 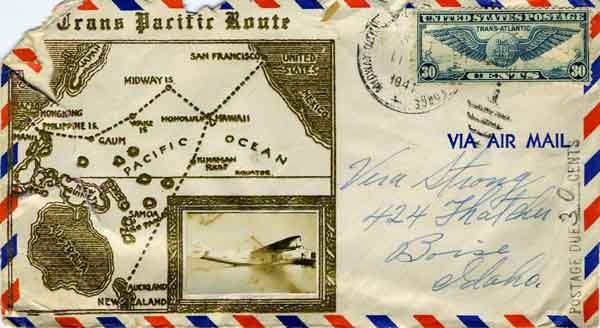 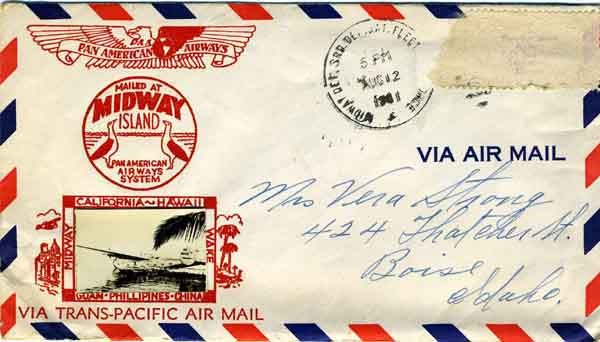 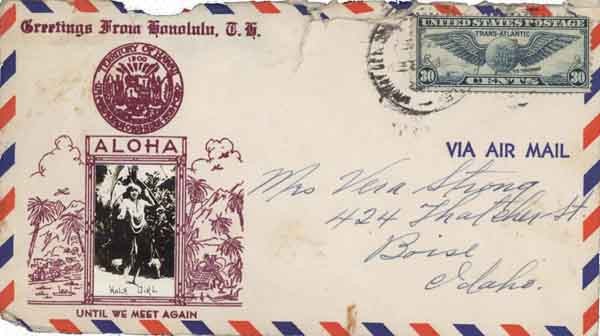 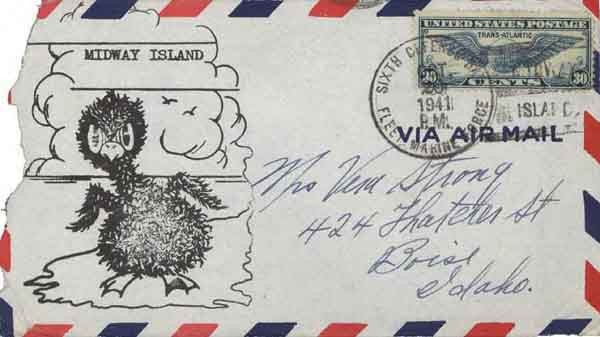 Manuscripts are unavailable for loan and must be consulted in the library. Photocopying of manuscripts is generally prohibited, though the use of digital cameras by researchers to reproduce non-copyrighted materials is permitted. Permission to photocopy a limited number of pages may be granted by the reference staff, contingent upon the physical state of items. All photocopying of materials shall be done by the reference staff, or under their close supervision. The use of personal scanners by non-library staff personnel must be approved by the reference staff on a document-by-document basis (Reference: Naval History & Heritage Command Instruction [NAVHISTCENTINST] 5070.1C.).

The collection was processed and a finding aid prepared by Thomas Wildenberg in October 2009.