“Quarterly or Half Yearly Pay, Receipt, and Muster Roll of Battery Buchanan.”

This Confederate States Navy document covers the period 1 January to 31 March 1865, and includes payroll information on Admiral Buchanan in the first entry. The document was captured by crewmen from stern-wheel casemate gunboat USS Cincinnati at Battery Buchanan during the surrender of Mobile, Alabama, on 12 April 1865. The document was acquired by Acting Assistant Paymaster, J. R. Carmody, US Navy, who was then serving as an officer on Cincinnati. 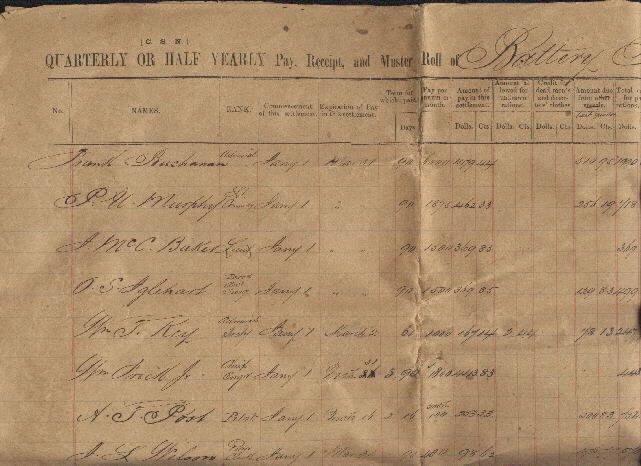 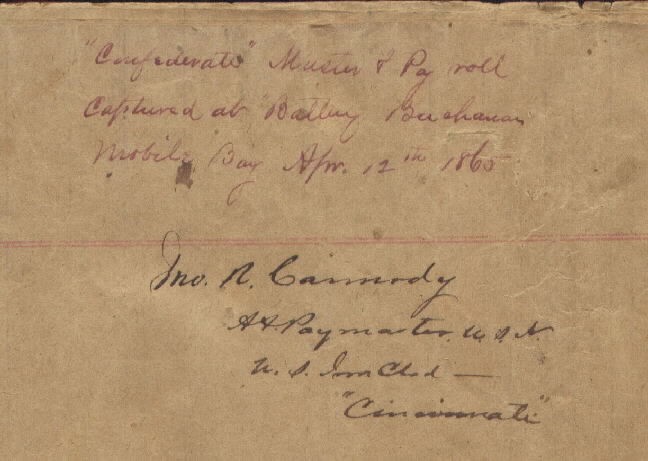