You could not be more highly gratified
at the discovery of the Army on the Banks of the
River, than I have been to hear something of
you, since your passage up the River. The Rebels
I hear, complain of their comrades for the little
impression their fire seemed to make upon you. I
was more pleased to see the firm step with which
you appeared to advance, as I trusted that your quiet
movement would have been attended with greater
security to your men. I did not expect you had had in
the two 40 gun ships so many men lost & disabled.

If I understood you right about Ord, you would

wish to have him for your first Lieut. until I can move
him more forward in the line of preferment. How would
Aplin acquit himself in the station of 3d Lieutenant in
your ship? As I wish to see him form himself with
distinction, I should like to continue him in a good
school. Your desires, if I mistake not, correspond for his
advantage, with those of your sincere humble servt.

Neither you, nor Capt. Parker, have named what
water you had in your passage through the obstructed
part of the Channel.The failure of the wind after you
had passed it, was very unfortunate. I had promised myself
you would have made havock amongst the armed vessels
that were in retreat before you. 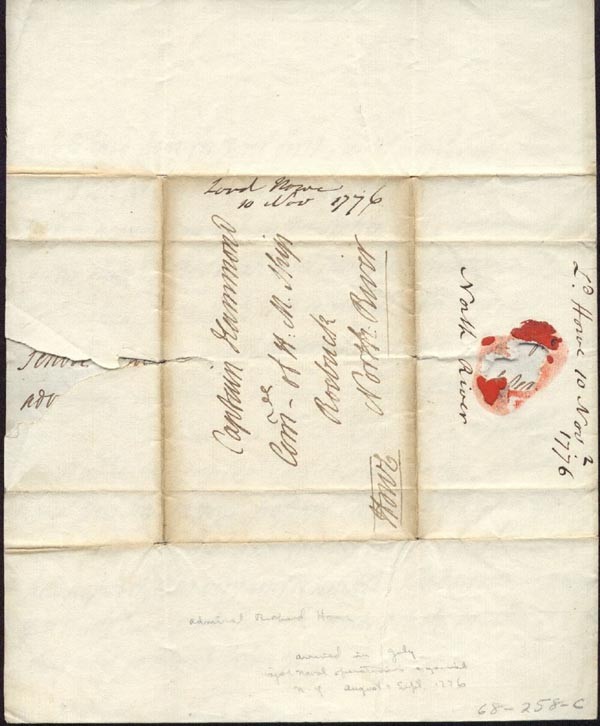