We thank Mrs. Patricia D. Moran for her generous donation of her husband’s logbooks.

Scope and Content: Lieutenant Moran’s logbook is in two volumes. The first volume begins with a record of Moran’s service as Armed Guard Commander on board S.S. Albert G. Brown from 11 March 1944 through 4 June 1944. The remainder of Volume I and the entirety of Volume II detail Moran’s service as Armed Guard Commander on board S.S. John Holmes from 6 July 1944 through 8 February 1945. Both Albert G. Brown and John Holmes were Liberty Ships, American merchant ships that were protected by US Navy Armed Guard detachments. Gun crews on board these ships normally numbered between twelve and twenty-seven men, while the majority of the crew consisted of civilian merchant seamen. 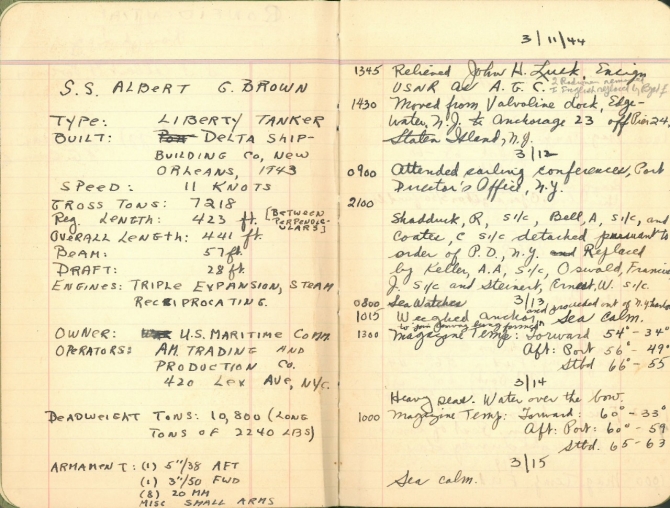 1015 Weighed anchor and proceeded out of N.Y. Harbor to join convoy being formed in Sea Calm.

Heavy seas. Water over the bow. 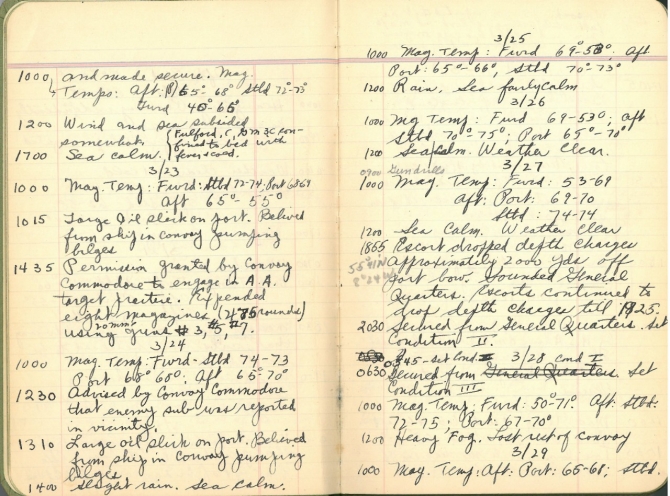 1230. Advised by Convoy Commodore that enemy sub was reported in vicinity. 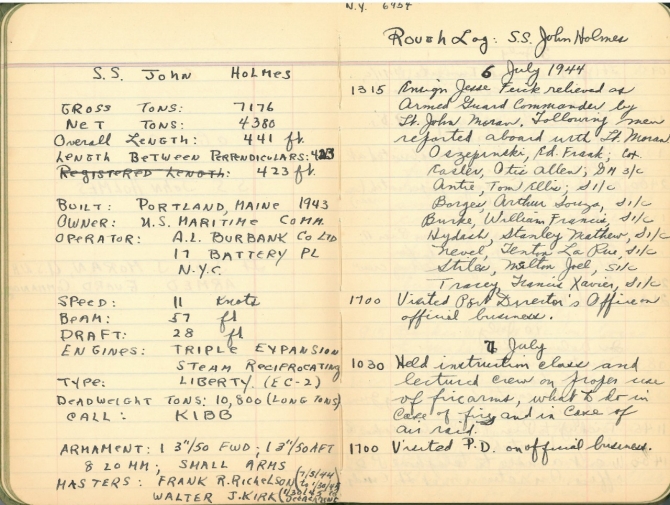 [“Registered Length” is crossed off.] 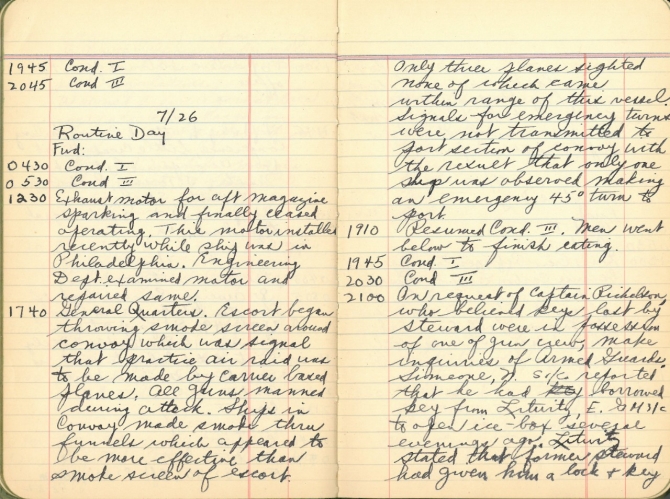 1740. General Quarters. Escort began throwing smoke screen around convoy which was signal that practice air raid was to be made by carrier based planes. All guns manned during attack. Ships in Convoy made smoke thru funnels which appeared to be more effective than smoke screen of escort. Only three planes sighted none of which came within range of this vessel. Signals for emergency turns were not transmitted to port section of convoy with the result that only one ship was observed making an emergency 45° turn to port.

2100. On request of Captain Rickelson, who believed keys lost by steward were in possession of one of gun crew, made inquiries of Armed Guards. Simeone, N. S 1/C reported that he had borrowed key from Liturity, E. GM 3/C to open ice-box several evenings ago. Liturity stated that former steward had kiven him a lock and key [next page] similar to one on ice-box. This lock now on Liturity sea log. Inquiry determined that lost keys were not in possession of Gun Crew. Captain so informed.