The Edward P. Street Collecton is held in the Historical Manuscripts Collection in the Navy Department Library.

We thank Edward P. Street Jr. for his generous donation of this collection.

Scope and Content: The Edward P. Street Collection in the Navy Department Library consists of a diary describing Street’s service on board USS Gregory (DD-82) from 1 June 1918 through 15 July 1919, a letter written to Street by a shipmate on 29 December 1918, and a portrait of Street. Street describes the activities of Gregory as it escorts convoys, patrols the Atlantic and the Mediterranean, carries passengers and supplies to the Adriatic, and aids in the execution of the terms of the Austrian armistice. See Dictionary of Naval Fighting Ships, Gregory I (DD-82). 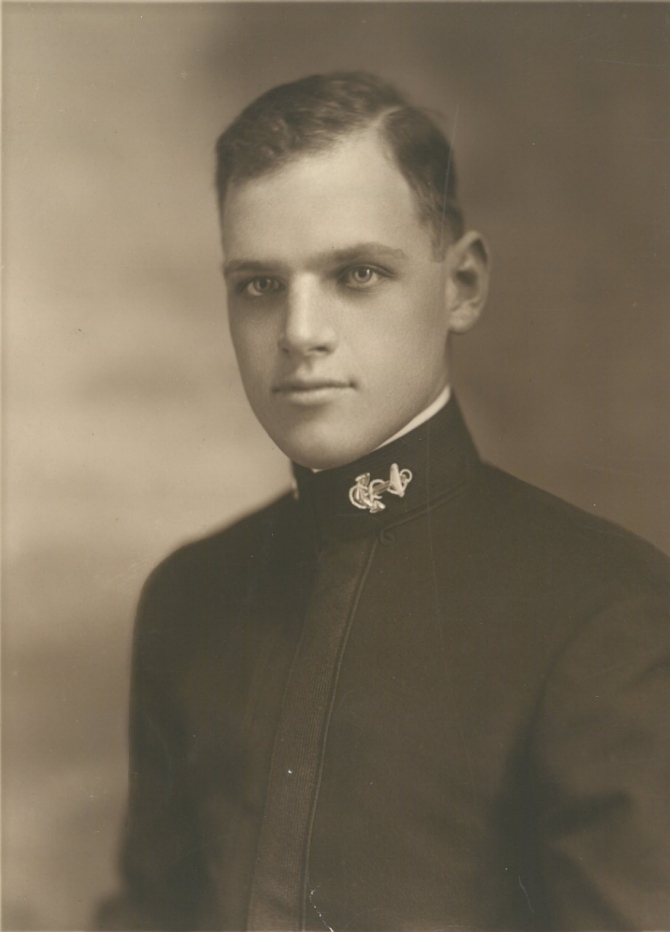 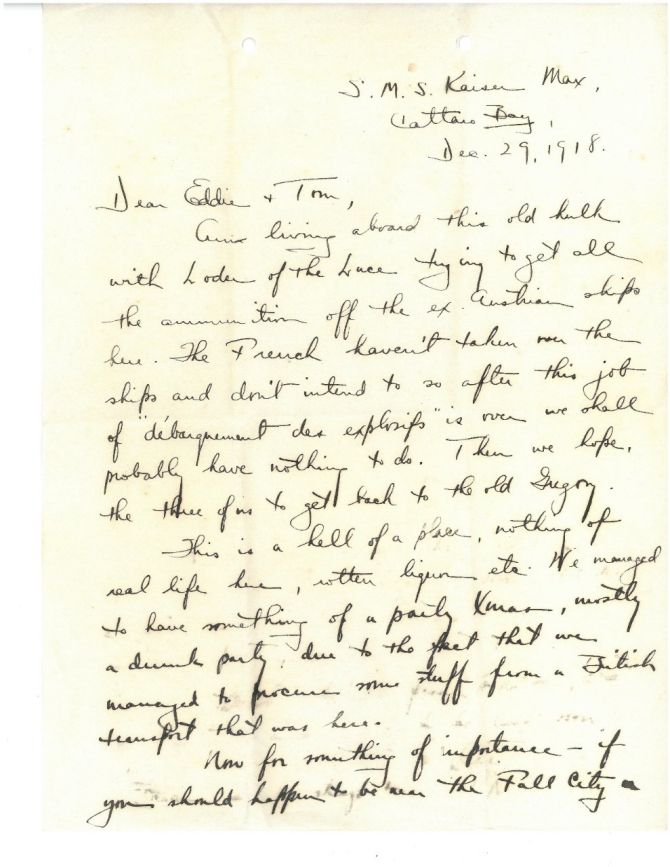 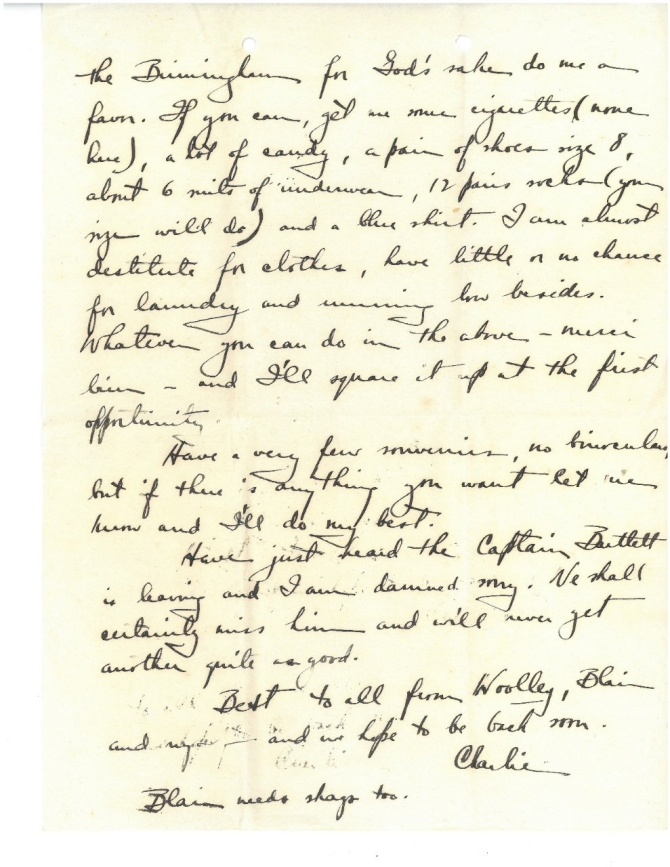 [illegible] living aboard this old hulk with Loder of the Luce trying to get all the ammunition off the ex. Austrian ships here. The French haven’t taken over the ships and don’t intent to so after this job of “débarquement des explosifs” is over we shall probably have nothing to do. Then we hope, the three of us to get back to the old Gregory.

This is a hell of a place, nothing of real life here, rotten liquor etc. We managed to have something of a party Xmas, mostly a drunk party due to the fact that we managed to procure more stuff from a British transport that was here.

Now for something of importance—if you should happen to be near the Fall City the Birmingham for God’s sake do me a favor. If you can, get me more cigarettes (none here), a lot of candy, a pair of shoes size 8, about 6 [illegible] of underwear, 12 pairs socks (your size will do) and a blue shirt. I am almost destitute for clothes, have little or no chance for laundry and running low besides.

Whatever you can do in the above—merci bien—and I’ll square it up at the first opportunity.

Have a very few souvenirs, no [illegible], but if there is any thing you want let me know and I’ll do my best.

Have just heard the Captain Bartlett is leaving and I am damned sorry. We shall certainly miss him and we’ll never get another quite as good.

Best to all from Woolley, Blair and [illegible]—and we hope to be back soon. 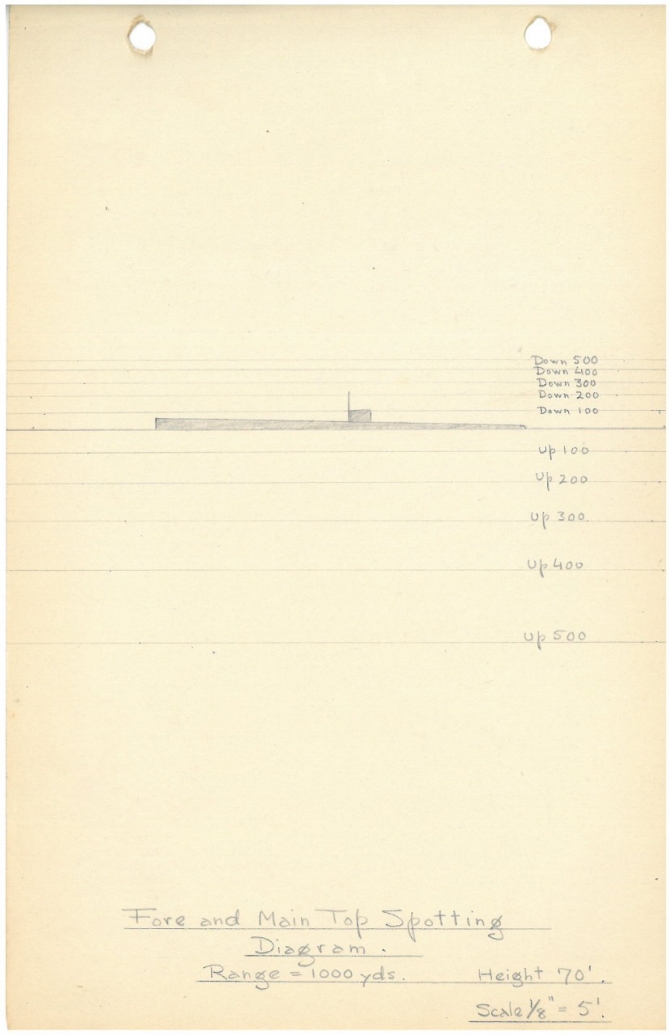 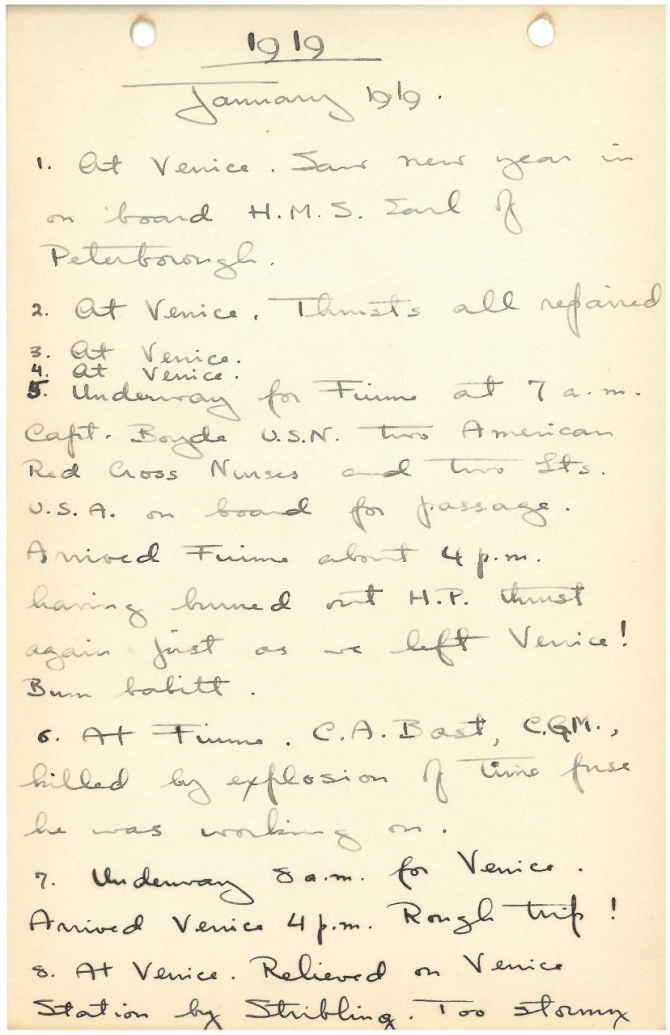 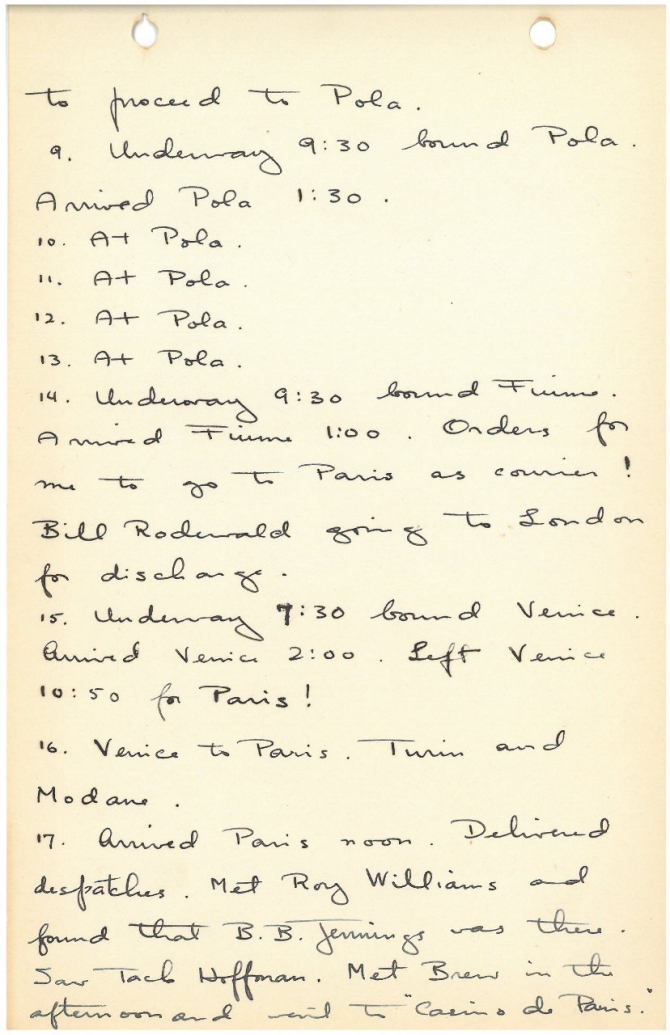 1. At Venice. Saw new year in on board H.M.S. Earl of Peterborough.

2. At Venice. Thrusts all repaired

8. At Venice. Relieved on Venice Station by Stribling. Too stormy to proceed to Pola.

14. Underway 9:30 bound Fiume. Arrived Fiume 1:00. Orders for me to go to Paris as courier! Bill Roderwald going to London for discharge.

16. Venice to Paris. Turin and Modane.

17. Arrived Paris noon. Delivered dispatches. Met Roy Williams and found that B. B. Jennings was there. Saw Tack Hoffman. Met Brew in the afternoon and went to “Casino de Paris.”