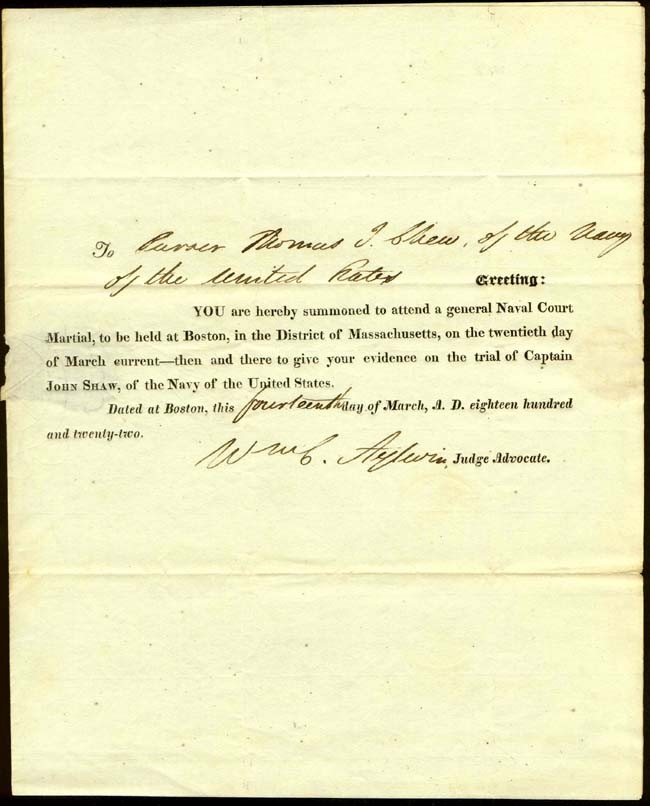 To Purser Thomas J. Chew, of the Navy
of the United States
Greeting:
You are hereby summoned to attend a general Naval Court
Martial, to be held at Boston, in the District of Massachusetts, on the twentieth day
of March current - then and there to give your evidence on the trial of Captain
John Shaw, of the Navy of the United States.
Dated at Boston, this fourteenth day of March, A.D. eighteen hundred
and twenty-two.
William C. Aylwin, Judge Advocate 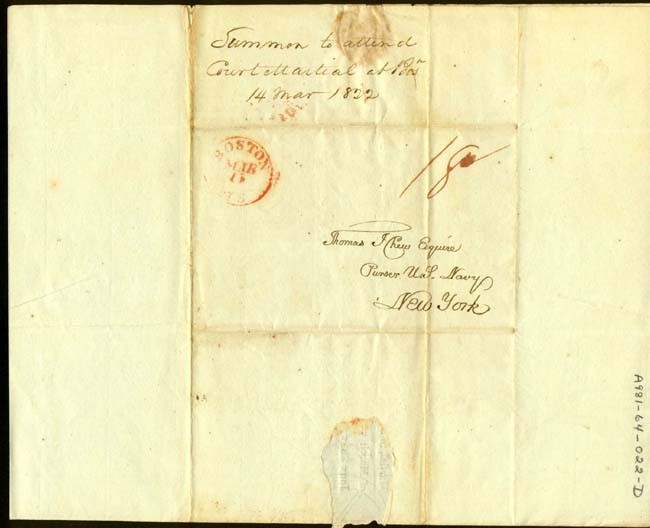