LS dated 5 May 1839. From William Shuttleworth, with an update on the progress of the "Warrant Officers Bill" through Congress. 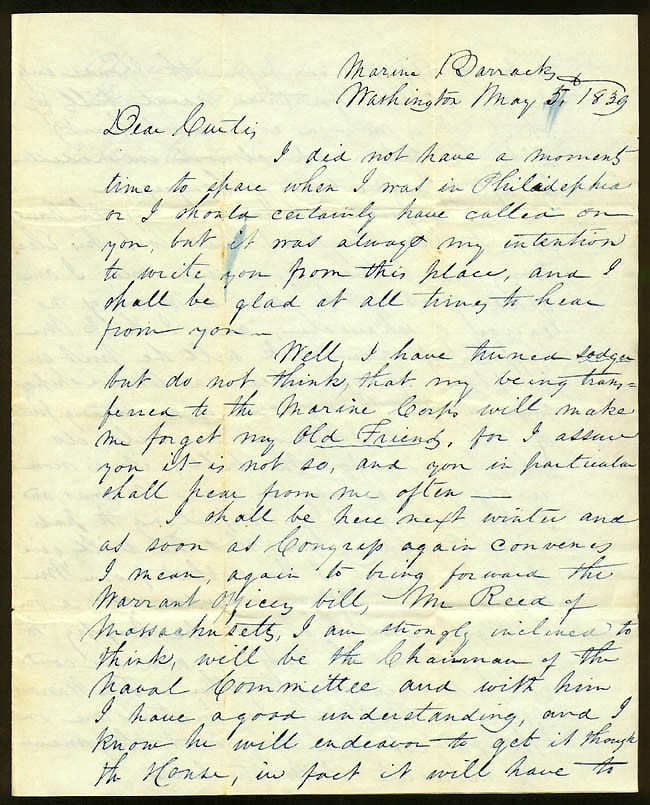 Marine Barracks
Washington May 5, 1839
Dear Curtis
I did not have a moments
time to spare when I was in Philadelphia
or I should certainly have called on
you, but it was always my intention
to write you from this place, and I
shall be glad at all times to hear
from you.
Well I have turned lodger
But do not think that my being trans-
ferred to the Marine Corps will make
me forget my old friends, for I allow
you it is not so, and you in particular
shall hear from me often.
Shall be here next winter and
as soon as Congress again convenes
I mean again to bring forward the
Warrant Officers Bill. Mr Reed of
Massachusetts, I am strongly inclined to
think, will be the Chairman of the
Naval Committee and with him
I have a good understanding, and I
know he will endeavor to get it through
the House, in fact it will have to 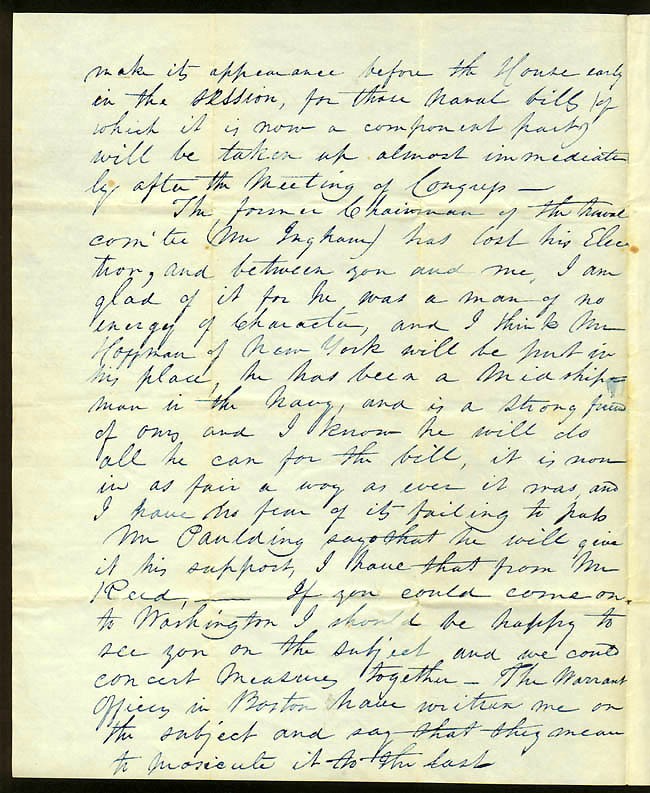 [Page 2]
make its appearance before the House early
in the Session, for those Naval bills of
which it is now a component party
will be taken up almost immediate
by having the Meeting of Congress.
The former Chairman of the Naval
Committee (Mr Ingham) has lost his elec-
tion, and between you and me, I am
glad of it for he was a man of no
energy of character, and I think Mr
Hoffman of New York will be put in
his place, he has been a Midship-
man in the Navy, and is a strong friend
of ours and I know he will do
all he can for the bill, it is now
in as fair a way as ever it was, and
I have no fear of its failing to pass.
Mr Paulding says that he will give
it his support, I have that from Mr
Reid. If you could come on
to Washington I should be happy to
see you on the subject and we could
concert measures together. The Warrant
Officers in Boston have written me on
the subject and say that they mean
to prosecute it to the last. 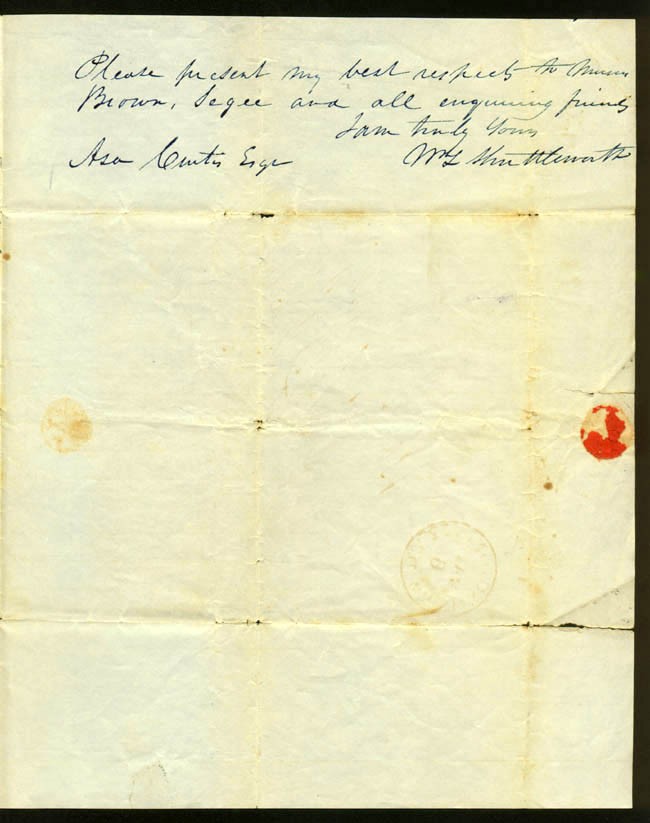 [Page 3]
Please present my best respects to Messrs
Brown, Segee and all enquiring friends.
I am truly yours
W[illia]m Shuttleworth