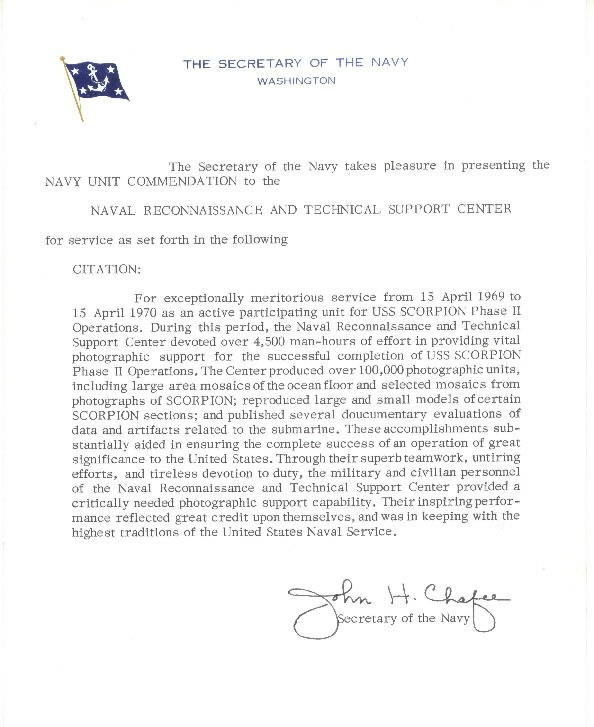 For exceptionally meritorious service from 15 April 1969 to 15 April 1970 as an active participating unit for USS SCORPION Phase II Operations. During this period, the Naval Reconnaissance and Technical Support Center devoted over 4,500 man-hours of effort in providing vital photographic support for the successful completion of USS SCORPION Phase II Operations. The Center produced over 100,000 photographic units including large area mosaics of the ocean floor and selected mosaics from photographs of SCORPION; reduced large and small models of certain SCORPION sections; and published several documentary evaluations of data and artifacts related to the submarine. These accomplishments substantially aided in ensuring the complete success of an operation of great significance to the United States. Through their superb teamwork, untiring efforts, and tireless devotion to duty, the military and civilian personnel of the Naval Reconnaissance and Technical Support Center provided a critically needed photgraphic support capability. Their inspiring performance reflected great credit upon themselves, and was in keeping with the highest traditions of the United States Naval Service.