An Inventory of His Collection 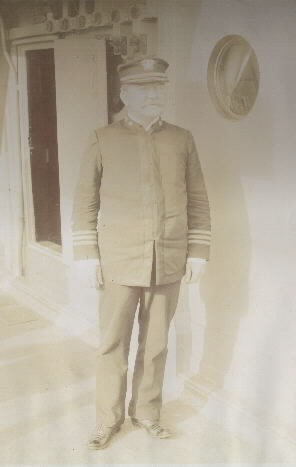 Joseph Newton Hemphill was born in Ripley, Ohio on 18 June 1847. He was appointed to the United States Naval Academy on 27 September 1862 from the state of Ohio and graduated in June 1863. On 12 March 1868, Hemphill, who had served the mandatory two year probationary period as a passed naval cadet, received his commission as an ensign in the United States Navy. Hemphill spent the next twenty-five years serving at various shore stations and on numerous ships including: Tacony,Osceola, Monogahela, Kenosha (renamed Plymouth), Tuscarora, Swatara, Powhatan, Constellation, and Jamestown.

In November 1893, Hemphill, now a lieutenant commander (he was promoted to that rank on 26 January 1887), took command of his first ship, the gunboat Fern. He served on that ship until October, 1894 when he was assigned to the Bureau of Yards and Docks, Washington, DC. In August 1898, he was assigned to the auxiliary cruiser Buffalo then fitting out at the Navy Yard, New York and was in command of that ship until July, 1899. After a month of leave, he was assigned to the cruiserDetroit on the North Atlantic Squadron, which he commanded until January 1900. He was a member of the Board of Inspection and Survey from March of that year until May 1902, when he took command of Kearsarge. Hemphill, who had been promoted to Captain on 3 March 1901, remained in command of Kearsarge until April 1904, when he was assigned Chief of Staff, North Atlantic Squadron. He served as Captain of Yard, Navy Yard, New York from June 1904 to August 1906, when he was promoted to Rear Admiral. He was President of the Board of Inspection and Survey from September, 1906 to May 1907 and commanded the Third Squadron, Pacific Fleet from May 1907 to August 1908.

Admiral Hemphill completed his naval service as President of the Naval Examination and Retirement Board and was placed on the Retired List on 18 June 1909. He died in Washington, DC, on 8 July 1931.

The bulk of the collection consists of a thin scrapbook containing photographs, newspaper clippings and memorabilia about the auxiliary cruiser, Buffalo and cruiser Detroit. The collection also contains two small log books documenting the cruises made by Admiral Hemphill between 1868-1876, several articles written by Admiral Hemphill, a several photographs of Monogahela, a Watch, Quarter and Station Bill Book, circa 1870, along with various invitations and other memorabilia. There are also fifteen personal letters written by Ensign Hemphill to his immediate family and a fellow naval officer while he was assigned to the screw sloop-of-war Plymouth.

The collection is arranged into subject folders.

Fourteen personal letters written to Hemphill's immediate family (mother, father, and sister) and one letter to a fellow officer composed between March 1870 and January 1873 while Ensign Hemphell was assigned to the screw sloop-of-warPlymouth.

- Sea Power magazine, June, 1917 containing the article "The Wreck of the Monogahela," by Rear Admiral J.N. Hemphill.
- "Experiences of Hurricanes and Earthquakes in the Islands of St. Croix and St. Thomas on Board the U.S.S.Monogahela."
- "West Indian Cruising '66 - '68." 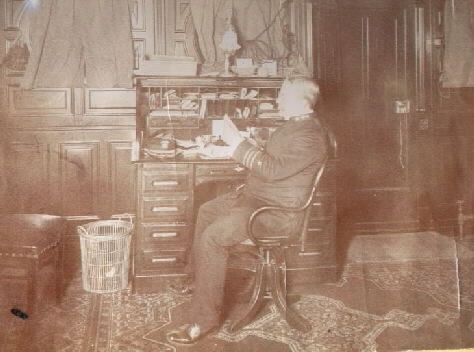 - With 18 black and white photographs of USS Buffalo showing external features and details of her armament; includes two photographs of Hemphill at his desk and an extremely rare photograph of four black stewards setting table in the officers' mess. The scrapbook contains numerous newspaper clippings about both ships along with telegrams, movement orders, and a letter commending Hemphill for his assistance during the 1899 unrest in Venezuela.

Manuscripts are unavailable for loan and must be consulted in the library. Photocopying of manuscripts is generally prohibited, though the use of digital cameras by researchers to reproduce non-copyrighted materials is permitted. Permission to photocopy a limited number of pages may be granted by the reference staff, contingent upon the physical state of items. All photocopying of materials shall be done by the reference staff, or under their close supervision. The use of personal scanners by non-library staff personnel must be approved by the reference staff on a document-by-document basis (Reference: Naval History and HEritage Command Instruction [NAVHISTCENTINST] 5070.1C.).

The collection was processed and a finding aid prepared by Thomas Wildenberg in September 2006.