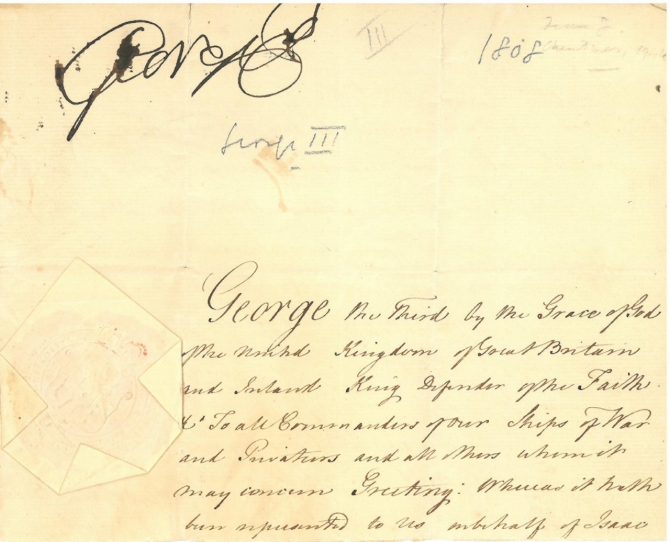 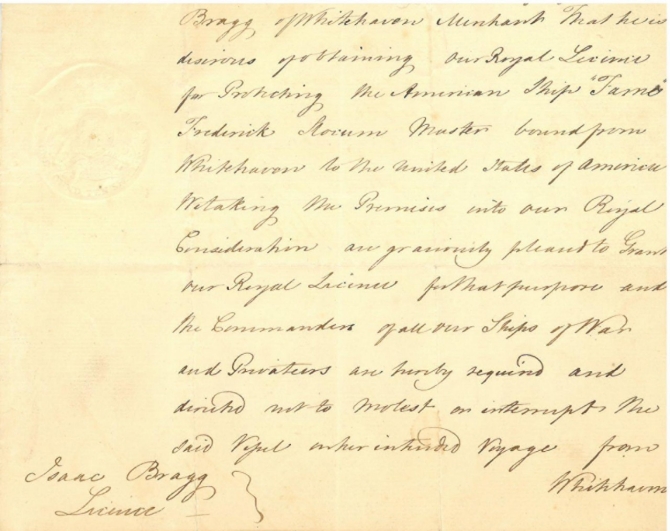 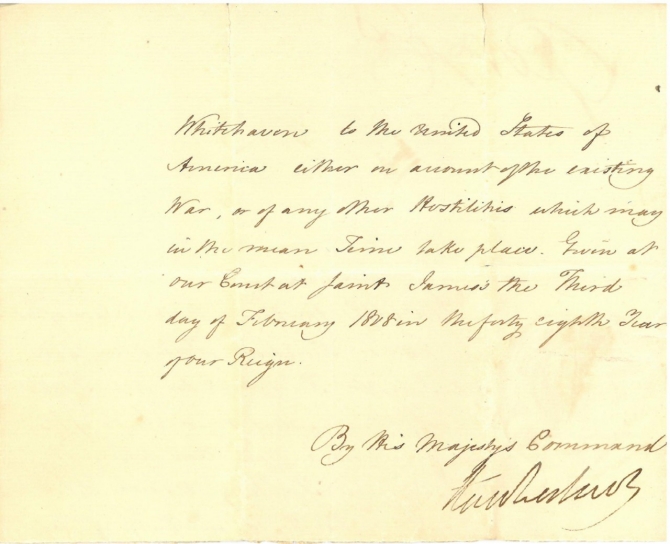 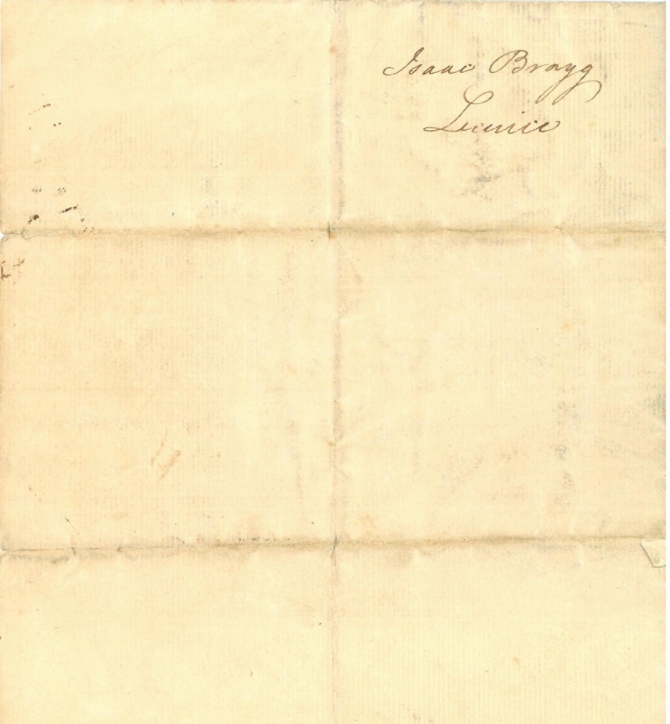 George the Third by the Grace of God of the United Kingdom of Great Britain and Ireland King Defender of the Faith &ca To all Commanders of our Ships of War and Privateers and all others whom it may concern Greeting: Whereas it hath been represented to us on behalf of Isaac Bragg of Whitehaven2 Merchant That he is desirous of obtaining our Royal Licence for Protecting the American ship “Fame” Frederick Slocum Master bound from Whitehaven to the United States of America We taking the Premises into our Royal Consideration are graciously pleased to Grant our Royal Licence for that purpose and the Commanders of all our Ships of War and Privateers are hereby required and directed not to molest or interrupt the said Vessel in her intended Voyage from Whitehaven to the United States of America either on account of the existing War, or of any other Hostilities which may in the mean Time take place. Given at our Court at Saint James’s the Third day of February 1808 in the forty eighth Year of our Reign.3

By His Majesty’s Command

[On the left edge of the top half of the license is attached a paper seal consisting of a square piece of paper with faint remains of red wax, having an impression of the royal coat of arms, displaying the motto of the Order of the Garter, “Honi soit qui mal y pense,” (Shame on him who thinks evil of it), and in an outer circle, “Georgius III Dei Gratia Britannarium Rex FD &” (George III by the Grace of God King of Great Britain, Defender of the Faith, etcetera).]

[On the left edge of the bottom half of the license is a stamp impressed into the license, with the royal seal, including the motto of the Order of the Garter, as on the coat of arms, and the motto “Dieu et Mon Droit,” (God and My Right); the words “one pound ten shillings”; and “1804.”]

1 Signature of George III. The “R” stands for Rex, Latin for King.
2 Whitehaven is a seaport on the west coast of England on the Irish Sea.
3 In 1803 the United Kingdom declared war on Napoleonic France and the two countries resumed the economic warfare that they had waged during the wars of the French Revolution, 1793-1802. The United Kingdom sought to control trade between neutral countries (including that of the United States) and Napoleonic Europe. In retaliation, France treated any merchant ships that complied with the British regulations as enemy property. From 1803 to 1807 the British seized 528 American flag ships for failing to comply with British regulations. This license was intended to protect the United States merchant ship Fame from being added to that number.