Benjamin Babb, Jr. Manuscript letter, undated, but prior to 26 November 1813, Nassau (Prison Ship), Chatham, England. Written for and in behalf of Babb who was a prisoner on board Nassau. To his brother (or cousin) in Barrington, New Hampshire. Requests assistance in obtaining proof of Babb's United States citizenship. 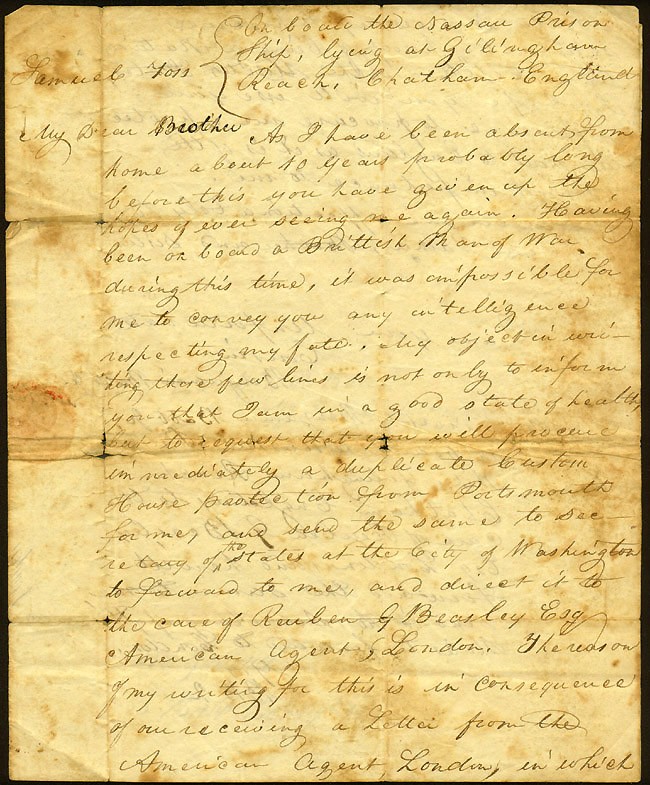 (On board the Nassau Prison
(Ship, lying at Gi'li'ngham [ ]
(Reach, Chatham, England

My Dear Brother [written over crossed out "cousin"]
As I have been absent from
home about 10 years probably long
before this you have given up the
hopes of ever seeing me again. Having
been on a British Man of War
during this time, it was impossible for
me to convey to you any intelligence
respecting my fate. My object in wri-
ting these few lines is not only to inform
you that I am in a good state of health,
but to request that you will procure
immediately a duplicate Custom
House protection from Portsmouth
for me, and send the same to Sec-
retary of the States at the City of Washington
to forward to me, and direct it to
the care of Reuben G. Beasley, Esq.
American Agent, London. The reason
of my writing for this is in consequence
of our receiving a Letter from the
American Agent, London, in which 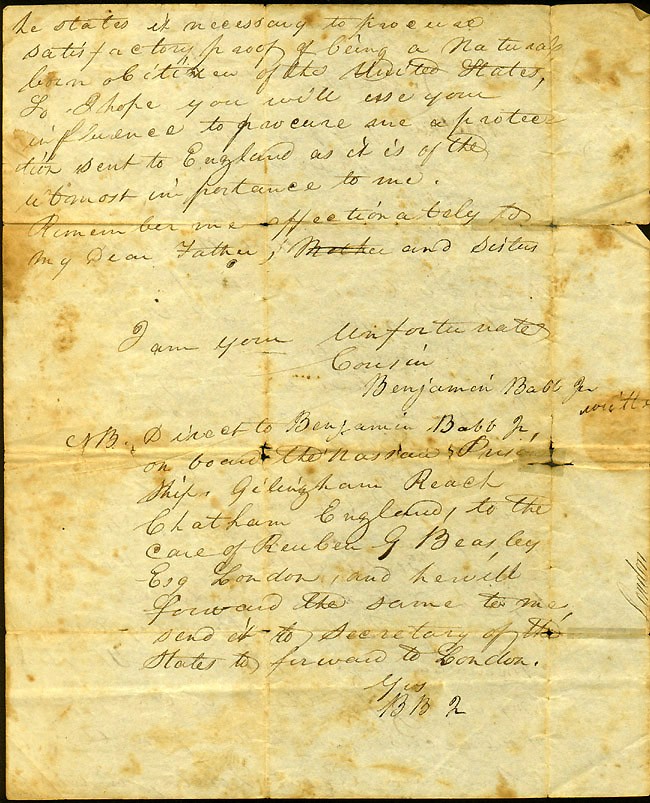 [page 2]
he states it necessary to procure
satisfactory proof of being a natural
born Citizen of the United States,
So I hope you will use your
influence to procure me a protec-
tion sent to England as it is of the
utmost importance to me.
Remember me affectionately to
My Dear Father, [ ] and Sisters [note that "Mother" is crossed out]

I am your unfortunate
Cousin
Benjamin Babb Jr.

Written for and in behalf of B. Babb Jr.
By Jeremiah O'Brien.

N.B. Direct to Benjamin Babb Jr.
on board the Nassau Prison
Ship Gi'lin'gham Reach
Chatham England, to the
Care of Reuben G. Beasley
Esq. London, and he will
Forward the same to me,
send it to Secretary of the
States to forward to London.
Yours BBjr. 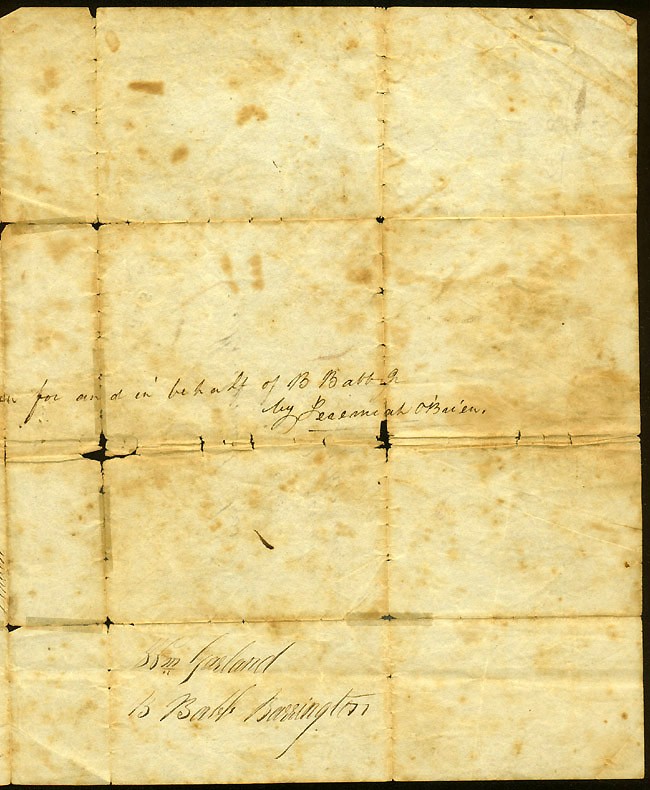 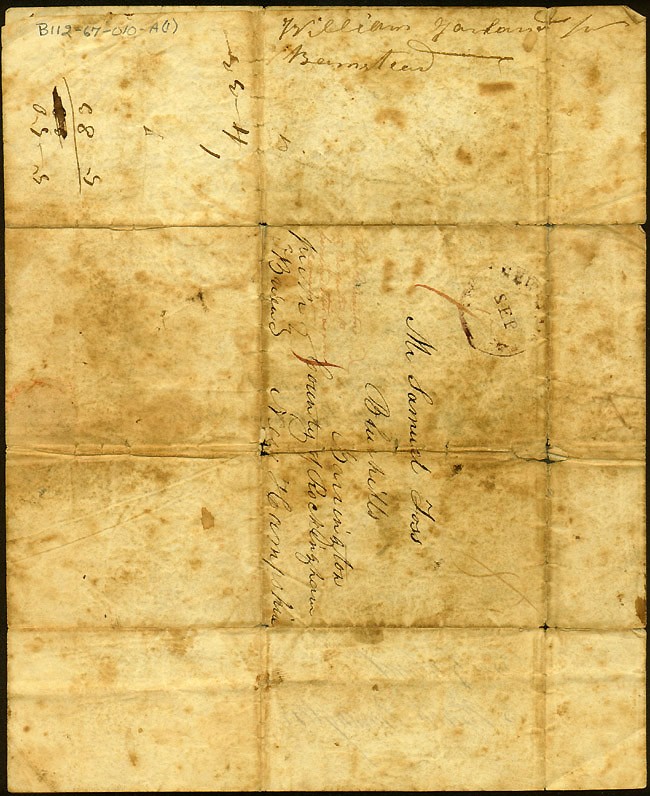