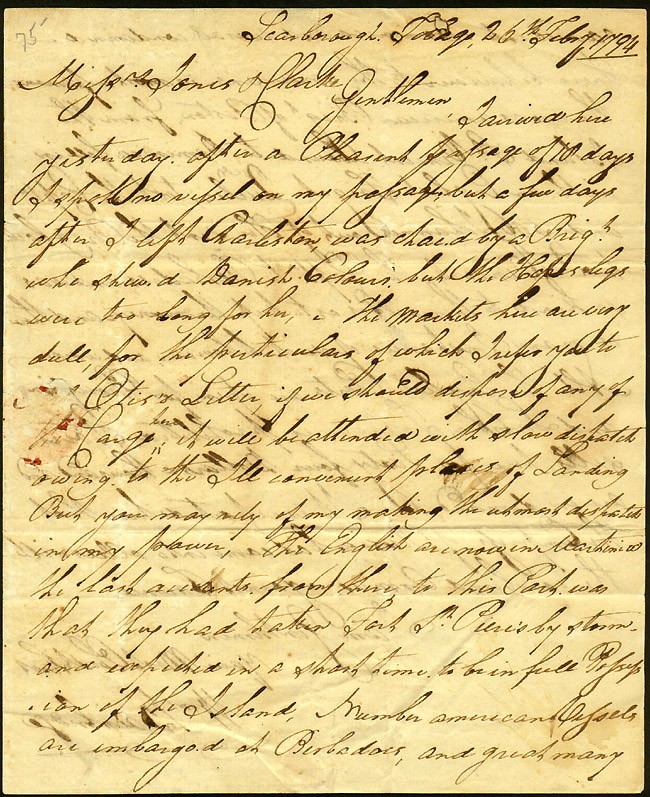 Scarborough. Tobago. 26 February 1794
Messrs. Jones and Clarke
Gentlemen
I arrived here
yesterday. After a pleasant passage of 10 days
I spotted no vessel on my passage, but a few days
after I left Charleston, was chased by a Brig
who showed Danish Colours but the Hopes legs
were too long for her. The markets here are very
dull, for the particulars of which I refer you to
[worn away] Otis's Letter, if we should dispose of any of
the cargo here it will be attended with slow dispatch
owing to the ill convenient places of landing
But you may rely of my making the utmost of dispatched
in my power. The English are now in Martinique
the land accounts from there to this Port was
that they had taken Fort St. Pier[r]e's by storm
and expected in a short time to be in full possess-
ion of the Island, a number American vessels
are embargoed at Barbadoes, and great many 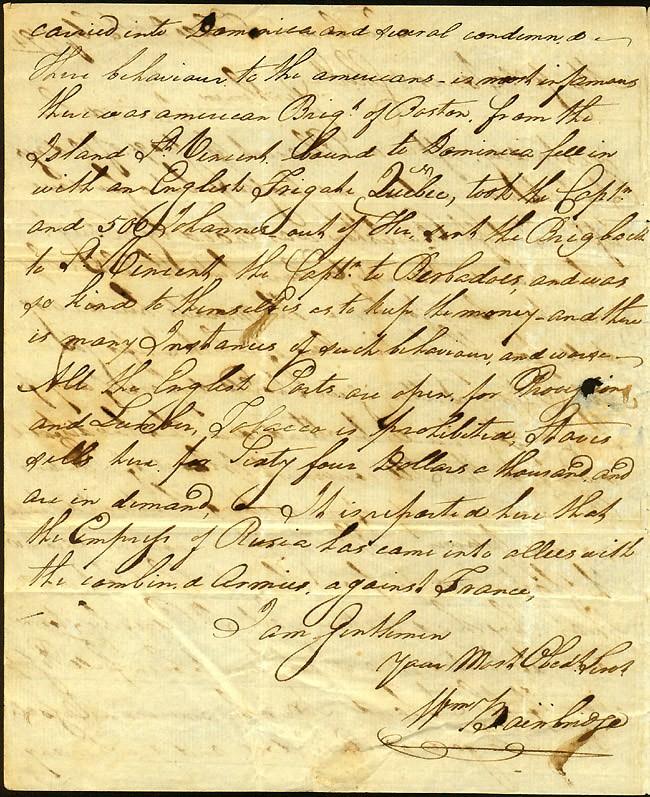 [page 2]
carried into Dominica and several condemn, etc.
There [sic] behavior to the americans - is most infamous
There is an american Brig of Boston from the
Island St. Vincent bound to Dominica fell in
with an English Frigate Quebec, took the Captain
and 500 Thannes out of her, sent the Brig back
to St. Vincent, the captain to Barbadoes, and was
so kind to themselves as to keep the money - and there
is many instances of such behavior and worse.
All the English Ports are open for Provisions
and Lumber, Tobacco is prohibited, Slaves
sells here for sixty four dollars a thousand and
are in demand. It is reported here that
the country of Russia has come into allies with
the combined Armies against France.

I am Gentlemen
Your most obedient servant
Wm Bainbridge 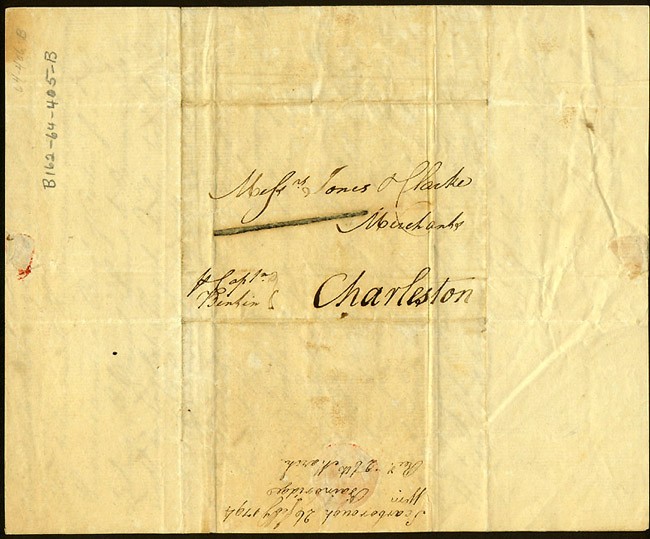