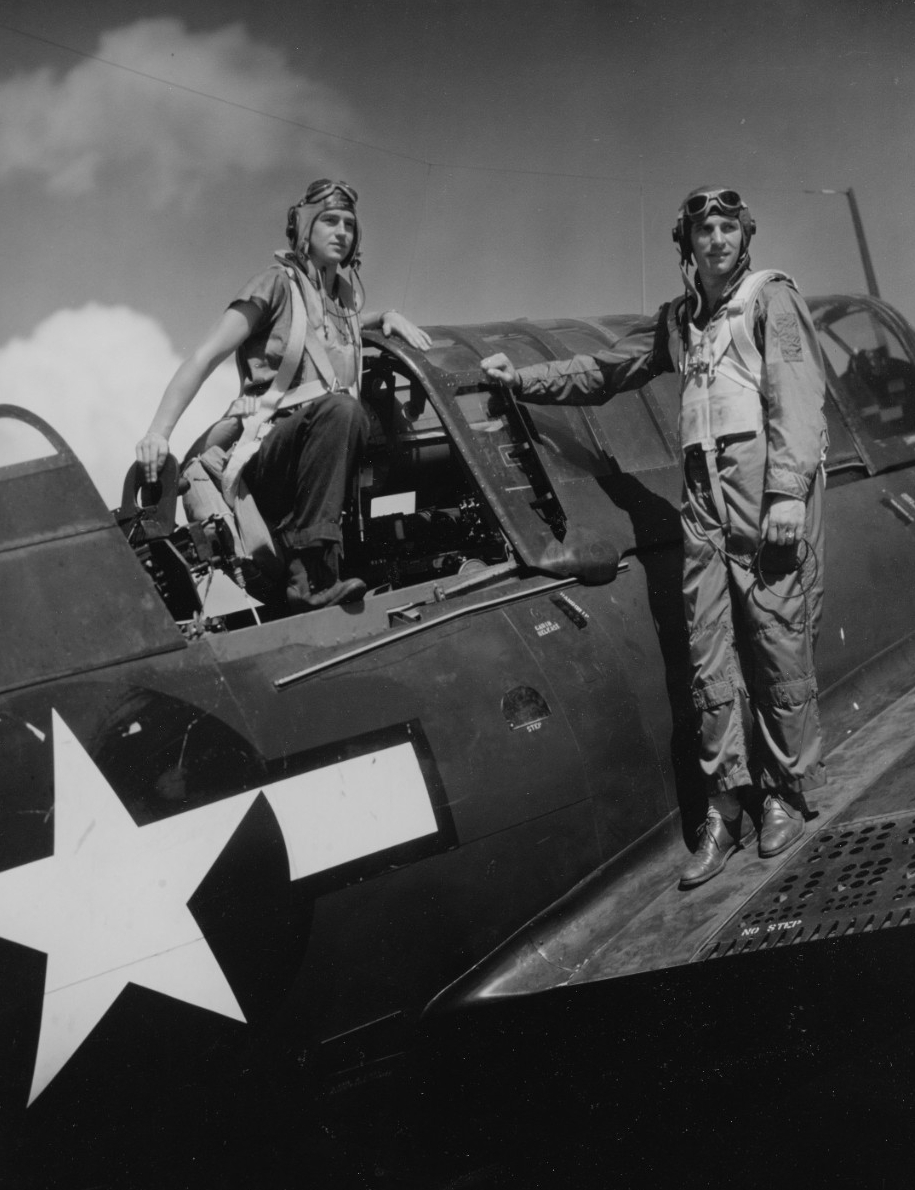 Downed aviators captured in Japan during World War II usually met a cruel fate. Here’s the tale of one that got away.

On 14 July 1945, the air group from the carrier Shangri-La (CV-38) launched a raid on Hokkaido, in preparation for the forthcoming invasion of Japan. One pilot flew so low through the thick cloud cover that he slammed his Helldiver into the side of a mountain. He died instantly.

However, the crash only knocked out the rear gunner, ARM1/c Oliver Rasmussen, a 23-year-old Sailor who had grown up on a farm in Wisconsin. Rasmussen came to, evaluated the situation, and scrambled away from the wreck into the hills to avoid capture. He spent the next two weeks evading Japanese patrols, living off the land, and heading for the coast, where he figured his chances of rescue were better.

On 31 July, he reached a farmhouse near the ocean. He noticed a cow chewing its cud staked in the yard. That night, the gunner crept up to the cow, milked it, and gorged himself. It was his first real nourishment in two weeks.

Rasmussen decided to wait in the area for a chance to signal a U.S. aircraft. For the next nine days he fed himself by what he could grab from cellars, gardens, and that cow. “I used to watch the farmer when he came out to milk the cow,” Rasmussen later recalled. “He sure was puzzled.” Because the cow wasn’t producing, the farmer turned her loose. For the next five weeks, Rasmussen survived on frogs’ legs, eggs from birds’ nests, and food he took from a network of local farms.

By mid-September, the resourceful Sailor had noticed that American planes had begun to fly unusually low over the area without being shot at. He concluded the war was over.

On 19 September, Rasmussen decided to risk going into the nearby town of Tomakomai. The chief of police gave him a cigarette and told him the war had indeed ended. The officer mentioned a rash of milk, rice, and vegetable thefts from nearby farms over the last month. Rasmussen denied knowing anything about it. The Japanese gave him hot food and a hot bath, and then turned him over to U.S. soldiers from Chitose. Rasmussen returned to his ship by the end of the month.