Commander Frank A. Erickson and the First Helicopter Rescue Mission 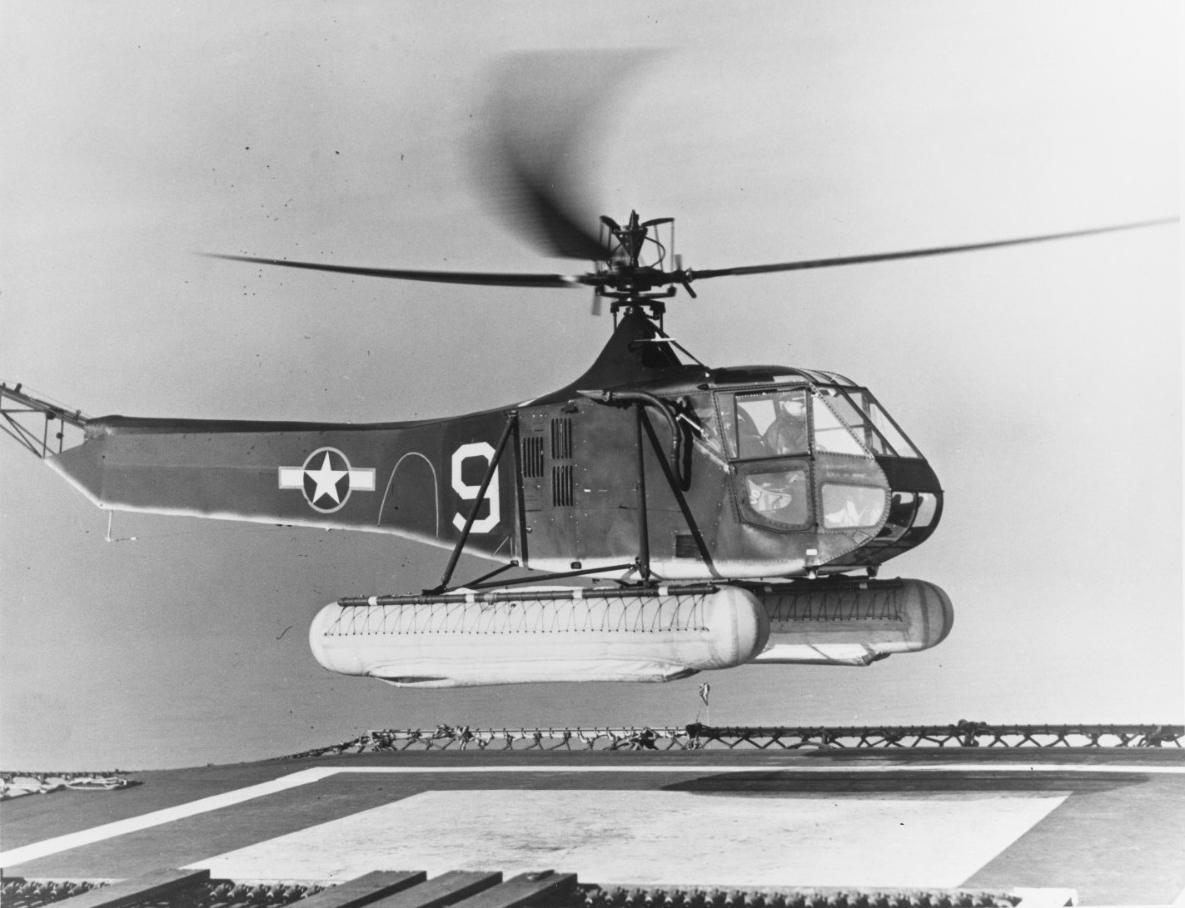 Commander Frank A. Erickson, USCG, struggled to keep his Sikorsky HNS-1 helicopter in the air as high winds drove blinding snow squalls and sleet into him. A fierce storm swept the Atlantic coast and forced authorities to ground aircraft and close airfields, however, Erickson persevered because men’s lives depended upon him.

Devastating explosions had ripped destroyer Turner (DD-648) apart as she lay anchored off Ambrose Light near Lower New York Bay during the morning watch on 3 January 1944. The fires cooked-off ammunition and, despite the crew’s gallant attempts to save their ship, she sank within hours. Rescuers brought survivors to the nearby hospital at Sandy Hook, and the wounded urgently needed blood plasma.

Erickson took off from Floyd Bennett Field in New York and fought gusting winds that tore through the corridors of downtown Manhattan. Reaching Battery Park, he picked up two cases of the precious fluid and, with the cargo lashed to the helicopter’s floats, he then delivered the plasma in the first helicopter lifesaving operation. The intrepid pilot afterward observed that the “weather conditions were such that this flight could not have been made in any other type of aircraft.”

Born near Portland, Oregon, Erickson enlisted in the Navy and became a midshipman before he resigned and enlisted in the Coast Guard. He received an appointment to the Coast Guard Academy and was commissioned as an ensign in 1931. After service onboard cutters before World War II, he transferred to Honolulu and witnessed the Japanese attack on Pearl Harbor. Erickson subsequently became instrumental in the early development of helicopters and pioneered some of the techniques that the Navy and Coast Guard adapted, before he retired to Corpus Christi, Texas, in 1954.