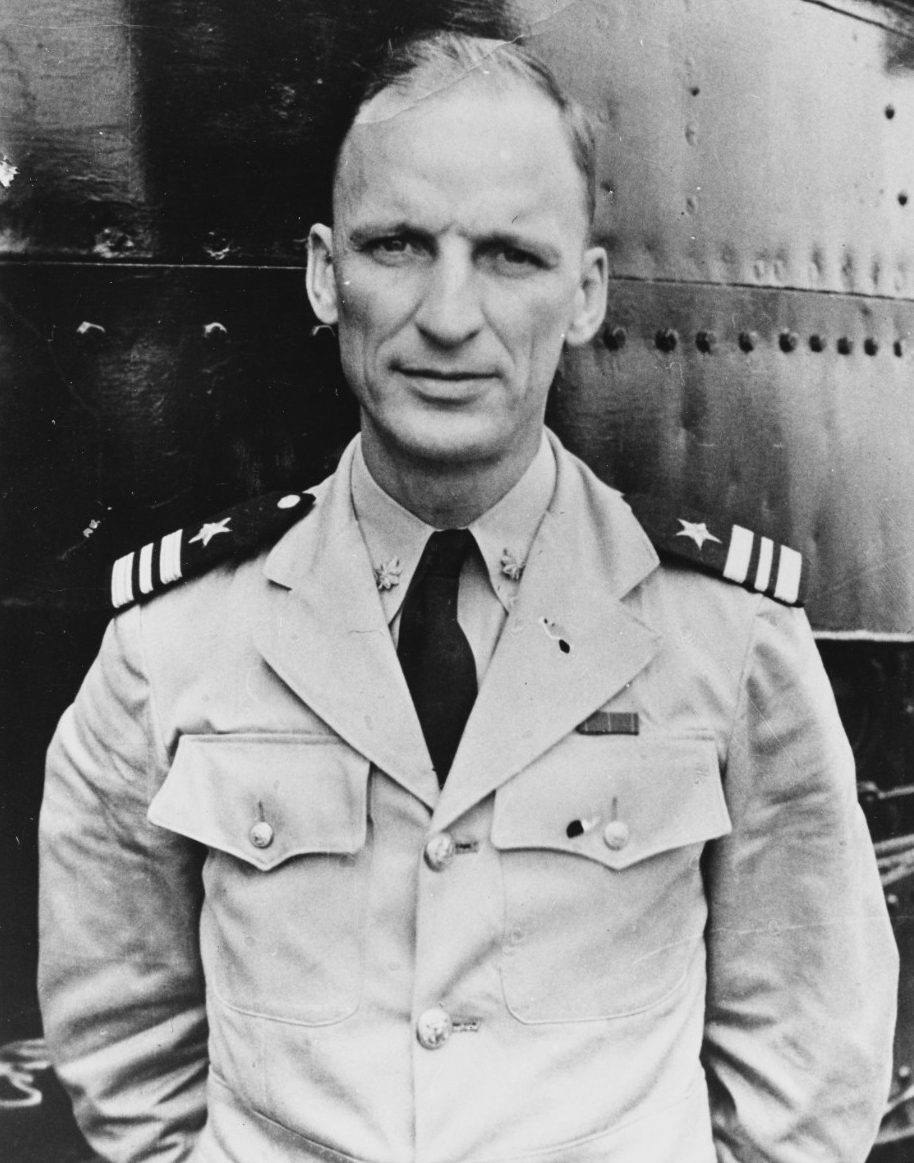 Mannert Lincoln Abele was born in Quincy, Massachusetts, on 11 July 1903, son of Francis I. Abele, Jr., and Addie L. (Tupper) Abele. He attended Cranch Grammar School and had three years at Quincy High School, and on 12 August 1920, at the age of seventeen, enlisted in the US Navy as an Apprentice Seaman. He trained at Newport, Rhode Island, and was assigned to USS Utah just before that vessel's departure for European duty. In December 1921 he was detached from Utah with orders to the United States to take entrance examinations to the Naval Academy, and on appointment at large became a Midshipman in June 1922. Graduated and commissioned Ensign on 3 June 1926, he was promoted to Lieutenant (jg) on 3 June 1928; to lieutenant on 30 June 1936; and to Lieutenant Commander, to date from 1 December 1940.

After graduation from the Naval Academy he served as a junior officer on board USS Colorado until 7 January 1929, when he reported to the Submarine Base, New London, Connecticut for instruction in submarines. Completing the course several months later, he was assigned to USS S-23, a unit of Submarine Division 4, in which he served until April 1933. He then had shore duty in the Bureau of Navigation, Navy Department, until 30 May 1936, and for three years thereafter was at sea, first on board USS R-11, later in command of USS R-13.

From June 1939 until August 1940 he served as Assistant Professor of Naval Science, in connection with the Naval Reserve Officers Training Unit at Harvard University. He placed in commission USS S-31, and commanded that submarine from August 1940 until November 1941, then fitted out USS Grunion then building at the Electric Boat Company, Groton, Connecticut. He assumed command of that submarine at her commissioning, on 11 April 1942, in the early period of World War II. He was reported missing on 1 August 1942, when the Grunion was lost, and was officially declared dead on 2 August 1943. He was posthumously awarded the Navy Cross, with citation as follows:

Navy Cross: "For extraordinary heroism as Commanding Officer of the USS GRUNION during an aggressive and successful submarine war patrol from June 30 to July 24, 1942. Despite vigorous anti-submarine measures on the part of the enemy, Lieutenant Commander Abele, availing himself of every attack opportunity with alert skill and efficiency, succeeded in sinking, in one day, three Japanese destroyers of the TOWLEKJU class. By his courageous initiative and resourceful command he inflicted considerable damage upon the enemy and fulfilled a highly important mission at great risk against tremendous odds."

He was also posthumously awarded the Purple Heart Medal, and was entitled to the American Defense Service Medal, Fleet Clasp; the Asiatic-Pacific Campaign Medal; and the World War II Victory Medal.

A destroyer, USS Mannert L. Abele, named in honor of the late Lieutenant Commander Abele, was sponsored by his widow, at the launching at Bath Iron Works Corporation, Bath, Maine, on 23 April 1944. Commissioned on 4 July 1944, this ship served with distinction in the Iwo Jima operation before she was sunk off the coast of Okinawa by two hits from enemy planes - a Japanese suicide plane and a jet-propelled Baka Bomb.