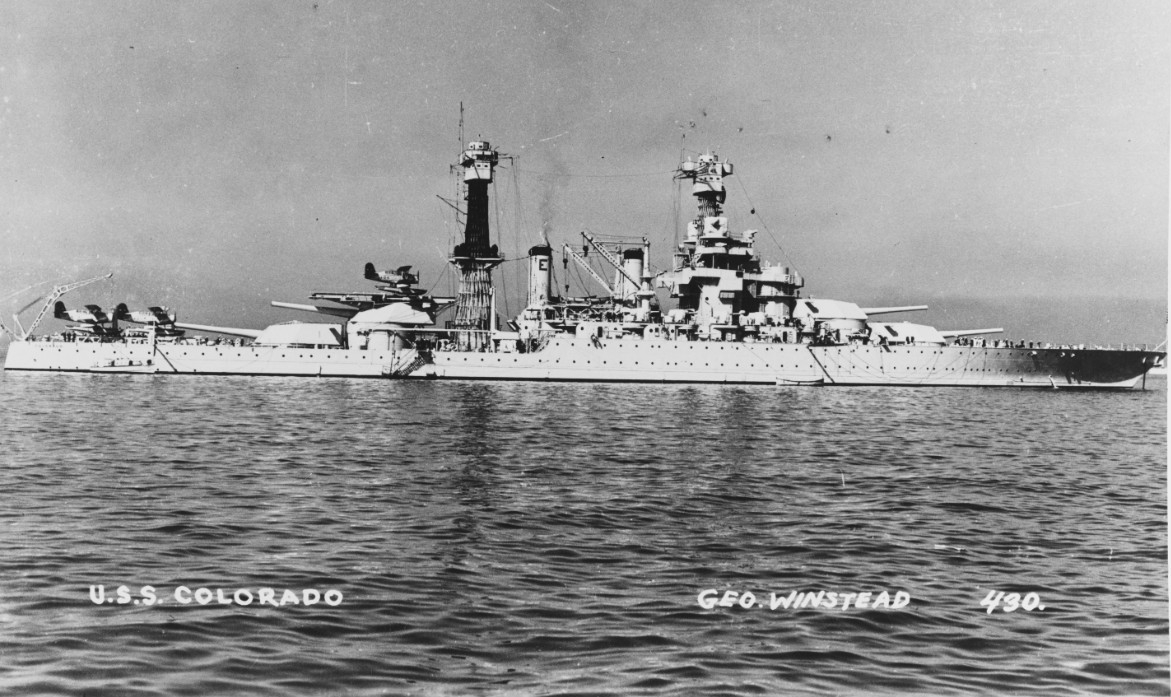 Colorado sailed from New York 29 December 1923 on a maiden voyage that took her to Portsmouth, England; Cherbourg and Villefranche, France; Naples, Italy; and Gibraltar before returning to New York 15 February 1924. After repairs and final tests she sailed for the west coast 11 July and arrived at San Francisco 15 September 1924.

From 1924 to 1941 Colorado operated with the Battle Fleet in the Pacific, participating in fleet exercises and various ceremonies, and returning to the east coast from time to time for fleet problems in the Caribbean. She also cruised to Samoa, Australia and New Zealand (8 June-26 September 1925) to show the flag in the far Pacific. She aided in earthquake relief at Long Beach, Calif., from 10 to 11 March 1933 and during an NROTC cruise from 11 June to 22 July 1937 she assisted in the search for the missing Amelia Earhart.

Based on Pearl Harbor from 27 January 1941, Colorado operated in the Hawaiian training area in intensive exercises and war games until 25 June when she departed for the west coast and overhaul at Puget Sound Navy Yard which lasted until 31 March 1942.

After west coast training, Colorado returned to Pearl Harbor 14 August 1942 to complete her preparations for action. She operated in the vicinity of the Fiji Islands and New Hebrides from 8 November 1942 to 17 September 1943 to prevent further Japanese expansion. She sortied from Pearl Harbor 21 October to provide preinvasion bombardment and fire support for the invasion of Tarawa, returning to port 7 December 1943. After west coast overhaul, Colorado returned to Lahaina Roads, Hawaiian Islands, 21 January 1944 and sortied the next day for the Marshall Islands operation, providing preinvasion bombardment and fire support for the invasions of Kwajalein and Eniwetok until 23 February when she headed for Puget Sound Navy Yard and overhaul. 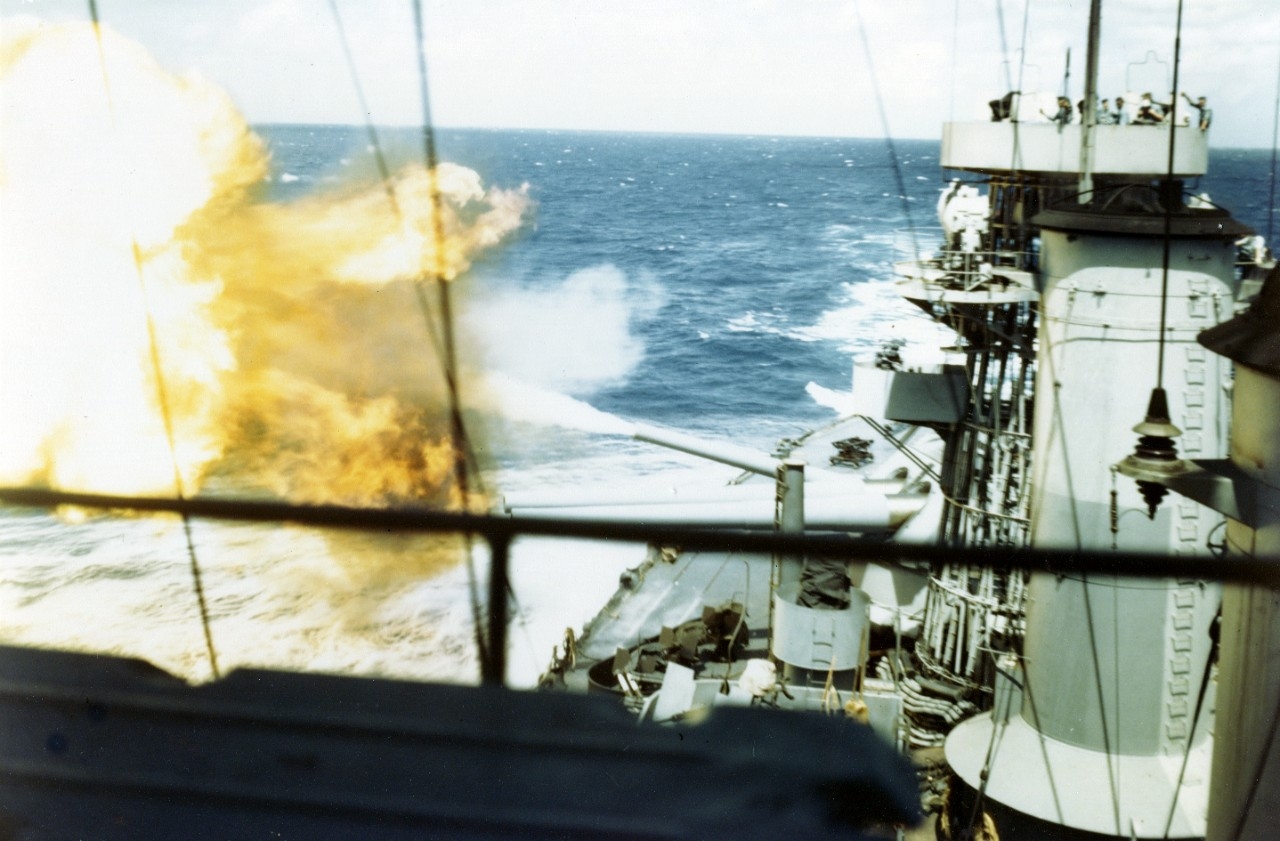 Colorado (BB-45) firng her aft 16/45 guns during preparations for the Tarawa invasion, which took place in late November 1943. Official U.S. Navy photograph now in the collections of the National Archives, 80-G-K-13670.

Joining other units bound for the Mariana Islands operation at San Francisco, Colorado sailed on 5 May 1944 by way of Pearl Harbor and Kwajalein for preinvasion bombardment and fire support duties at Saipan, Guam, and Tinian from 14 June. On 24 July during the shelling of Tinian, Colorado received 22 shell hits from shore batteries but continued to support the invading troops until 3 August. After repairs on the west coast, Colorado arrived in Leyte Gulf 20 November 1944 to support American troops fighting ashore. A week later she was hit by two kamikazes which killed 19 of her men, wounded 72, and caused moderate damage. Nevertheless as planned she bombarded Mindoro between 12 and 17 December before proceeding to Manus Island for emergency repairs. Returning to Luzon 1 January 1945, she participated in the preinvasion bombardments in Lingayen Gulf. On 9 January accidental gunfire hit her superstructure killing 18 and wounding 51.

After replenishing at Ulithi, Colorado joined the preinvasion bombardment group at Kerama Retto 25 March 1945 for the invasion of Okinawa. She remained there supplying fire support until 22 May when she cleared for Leyte Gulf.

Returning to occupied Okinawa 6 August 1945, Colorado sailed from there for the occupation of Japan, covering the airborne landings at Atsugi Airfield, Tokyo. 27 August. Departing Tokyo Bay 20 September 1945 she arrived at San Francisco 15 October, then steamed to Seattle for the Navy Day celebration 27 October. Assigned to "Magic Carpet" duty she made three runs to Pearl Harbor to transport 6,357 veterans home before reporting to Bremerton Navy Yard for inactivation. She was placed out of commission in reserve there 7 January 1947, and sold for scrapping 23 July 1959.