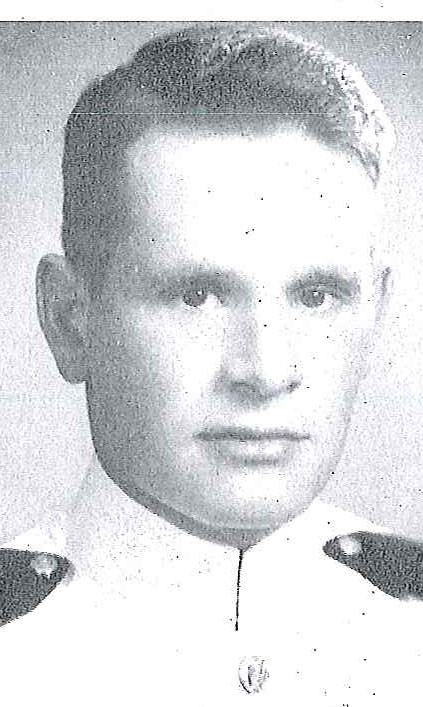 Philip McCutcheon Armstrong, jr., was born in Detroit, Michigan, On July 4, 1929, son of Philip McC, and Marjorie P (Clark) Armstrong. He attended Eastern High School, Detroit, prior to entering the U.S. Naval Academy, Annapolis, Maryland, on appointment by the Secretary of the Navy in 1949. Graduated and commissioned Ensign on June 5, 1953, he subsequently advanced in rank to that of Lieutenant Commander, to date from April 1, 1963.

Following graduation from the Naval Academy in 1953, he joined USS McCaffery (DDE-860). In September 1955 he reported on board USS Fort Snelling (LSD-30) and in February 1958 was detached for duty in the Third Naval District, headquarters in New York, New York. During the period June 1960 to June 1962 he served as Ship Engineer (Steam) in USS Betelgeuse (AK-260), after which he had duty in connection with training plans (general) in the Bureau of Naval Personnel, Navy Department, Washington, D.C.

Assigned in August 1964 as Operations and Plans Officer on the Staff of Commander Naval Beach Group TWO, he continued to serve in that capacity until January 1966 and in March of that year reported as Executive Officer of USS Liberty (AGTR-5).

Lieutenant Commander Armstrong was killed, when the Liberty was attacked and damaged by Israeli planes and patrol craft off Egypt’s Sinai Peninsula on June 8, 1967.

He was entitled to the National Defense Service Medal with bronze star.