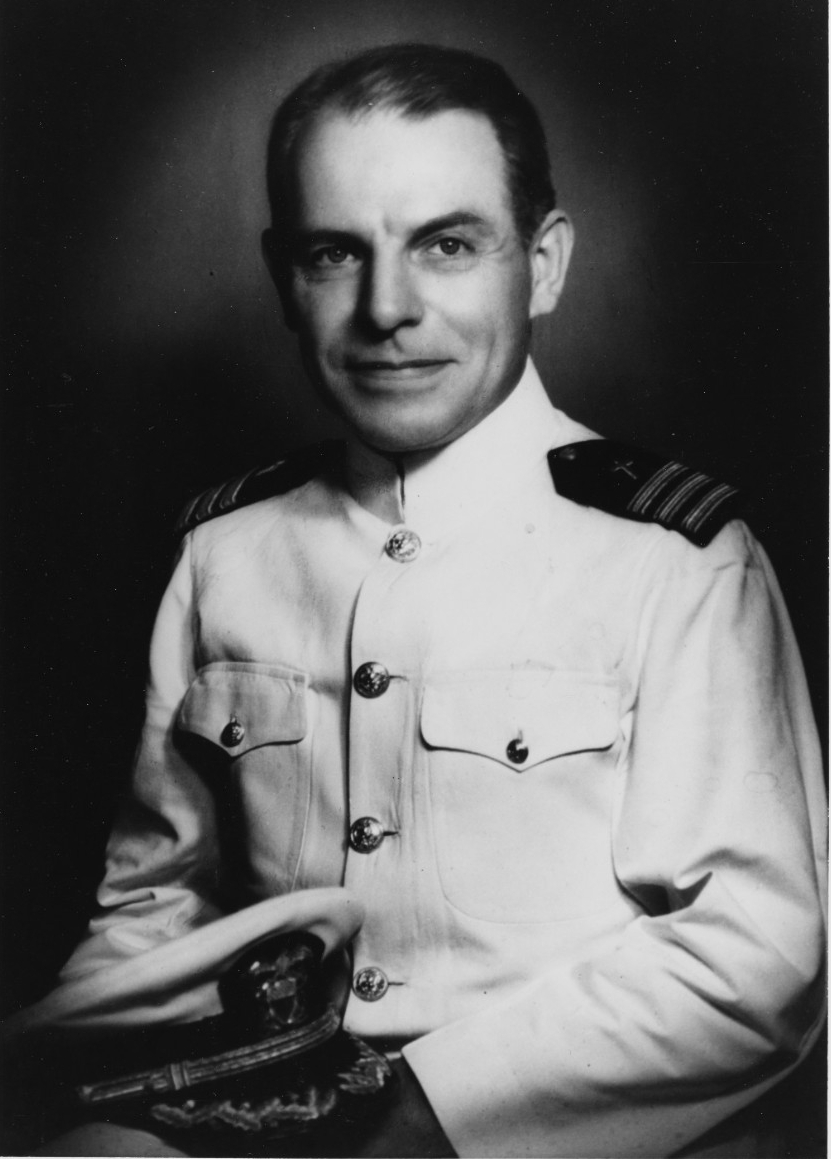 George Snavely Rentz was born on 25 July 1882 in Lebanon, Pennsylvania. He graduated from Pennsylvania College in 1906, after which he graduated from Princeton Theological Seminary in 1909. He was ordained by the Presbytery of Northumberland on 18 May 1909 and pastored churches in Pennsylvania and New Jersey for eight years. He married Rebekah Irene Klepper on 11 June 1911, and they had four children.

Three months after the U.S. entered World War I, Rentz was appointed acting chaplain with the rank of lieutenant junior grade and was assigned to the 11th regiment of Marines in France. He attained the rank of commander in 1924. Among his sea duty assignments he served onboard USS Florida (BB-30), USS Wright (AZ-1), USS West Virginia (BB-48), USS Augusta (CA-31), and USS Houston (CA-30).

In February 1942, Houston was under air attack during the Battle of Java Sea. During the severe fighting, Commander Rentz circulated among the ship's crew. One officer noted, “When the Sailors saw this man of God walking fearlessly among them, they no longer felt alone.” Houston took a direct hit during the attack that disabled turret III and killed 48 men. A few days later, on 28 February 1942, Houston engaged in the battle of Java Sea alongside the Australian light cruiser HMAS Perth. Both ships were outnumbered by a Japanese troop convoy. Houston fought valiantly but eventually succumbed to torpedo fire and began to sink into the Pacific. The crew clung to floating wreckage as they were forced to abandon the ship. In the early morning of 1 March 1942, Commander Rentz was among a group of Sailors on a pontoon that was taking on water. Rentz made several attempts to give his life jacket to the young Sailors on the wreckage. When they refused, he removed his jacket, handed it to a seaman, and said a quick prayer as he swam away from the pontoon. This selfless act of heroism resulted in Commander Rentz being the only Navy chaplain to be awarded the Navy Cross, the United States Navy's second highest award for valor. 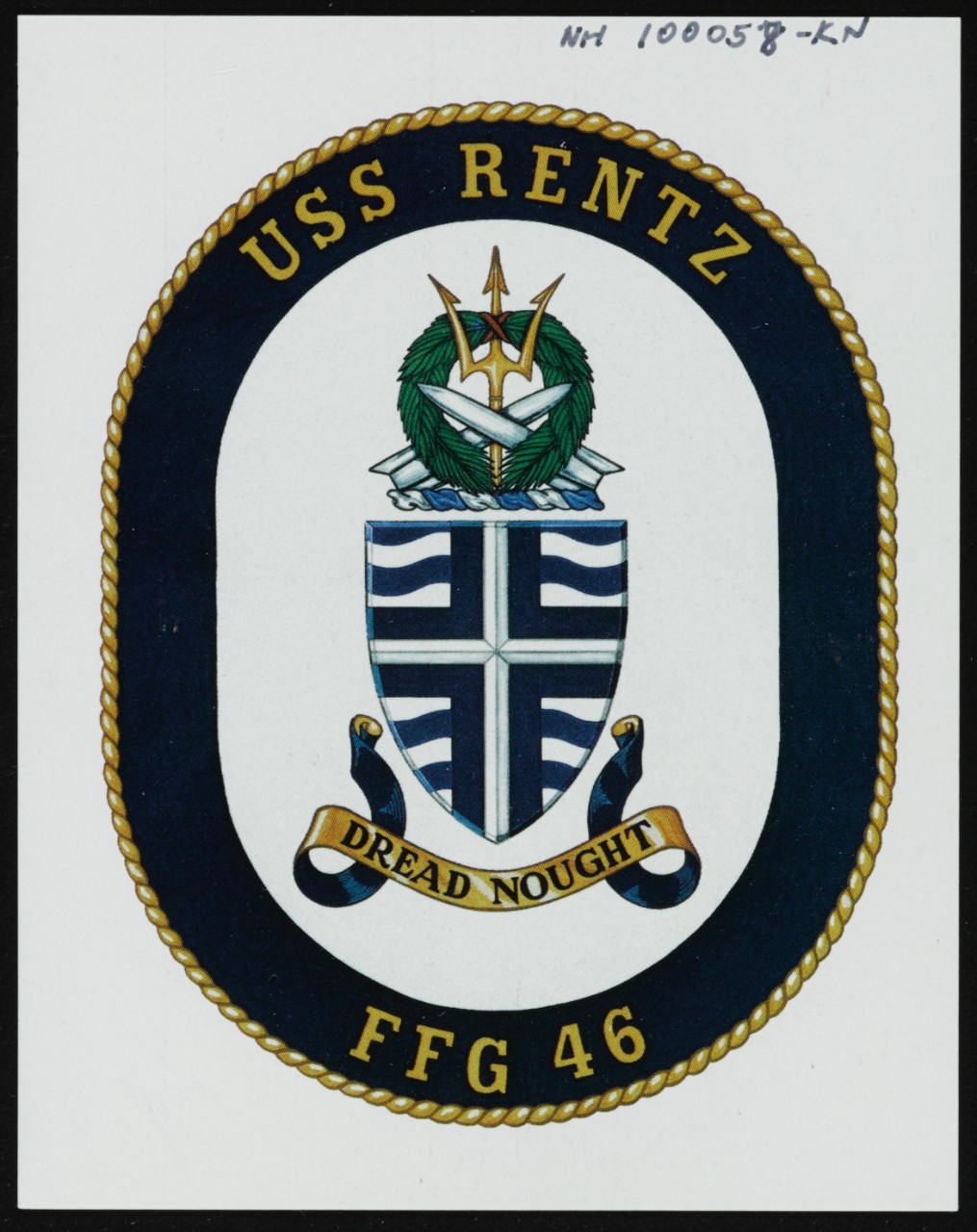 Insignia: USS Rentz (FFG-46) "Dread Nought". Emblem received in 1984, and adopted prior to the ship's commissioning.

The President of the United States takes pride in presenting the Navy Cross (Posthumously) to George S. Rentz, Commander (Chaplain), U.S. Navy, for extraordinary heroism and distinguished service in the line of his profession as a Navy Chaplain, serving on board the Heavy Cruiser U.S.S. HOUSTON (CA-30), in action against the enemy on 28 February 1942, in the South Pacific War Area. On that date Chaplain Rentz survived the sinking of the HOUSTON, but gave his place on a spare Seaplane float and his life jacket to others of the crew, as they awaited their fate in the Java Sea at night. His conduct throughout was in keeping with the highest traditions of the Navy of the United States. He gallantly gave his life for his country.