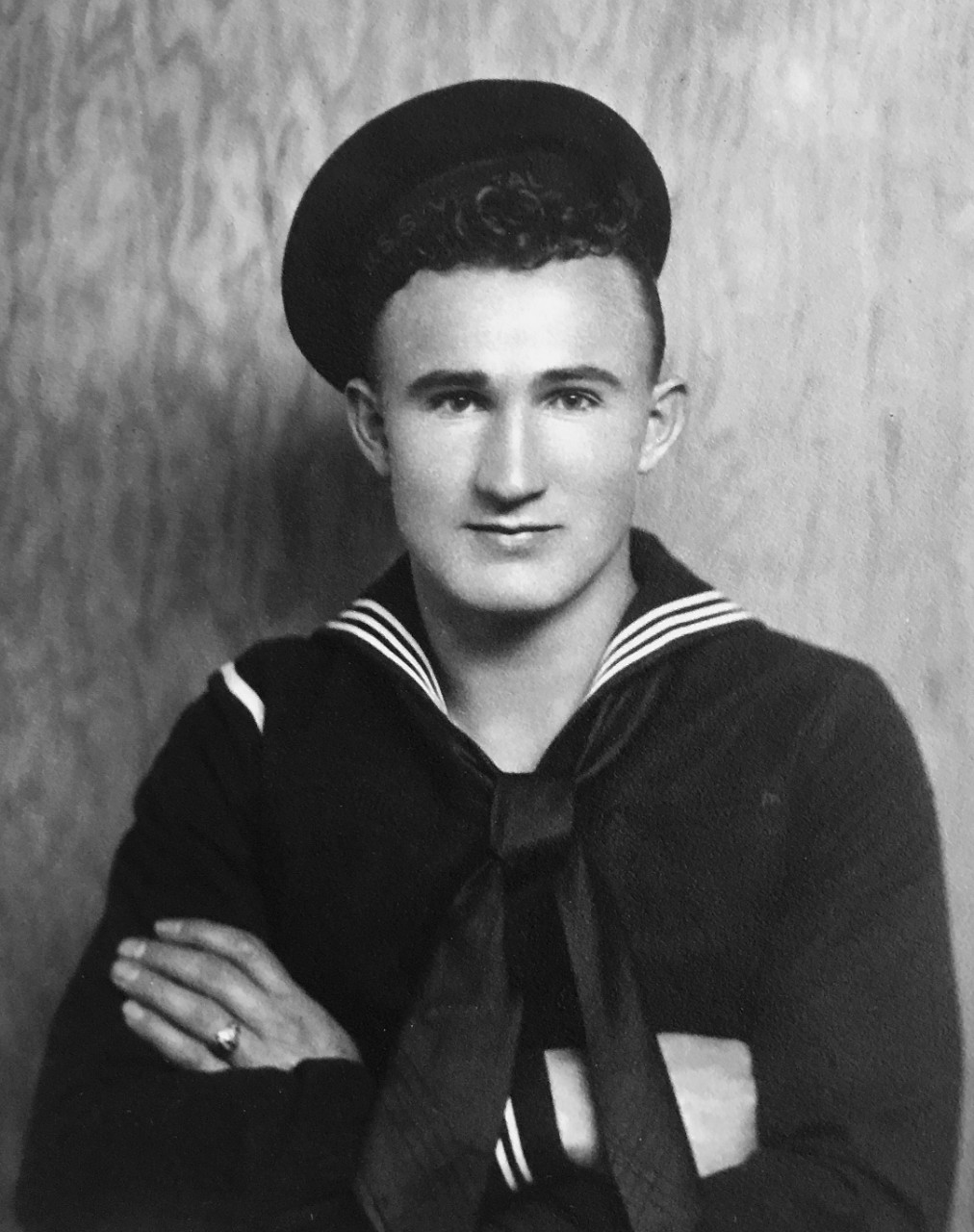 An undated photo of Chief Boatswain's Mate Joseph L. George from earlier in his career. After enlisting in 1935, George was assigned to the repair ship USS Vestal (AR-4), which was moored alongside USS Arizona (BB-39), when the Japanese attack began on 7 December 1941 (Courtesy of George Family/Released).

THE SECRETARY OF THE NAVY

The President of the United States takes pride in presenting the

For heroic achievement in connection with combat operations on 7 December 1941, while serving aboard USS VESTAL (AR-4) during the Japanese air raid on Pearl Harbor. Despite the extreme danger posed by enemy machine guns, bombs, and torpedoes, Chief (then Boatswain's Mate Second Class) George steadfastly maintained his exposed position topside to assist in damage control efforts and preparations to get VESTAL underway. USS ARIZONA, which was moored inboard of VESTAL, suddenly exploded, devastating that ship and its crew. Intense fires raged aboard ARIZONA and in the surrounding oil- slicked water, making escape nearly impossible. Several severely burned and stranded ARIZONA crewmembers hailed Chief George, who immediately tossed them a line, across which they crawled one by one to VESTAL. Chief George then assisted VESTAL in getting clear of the danger posed by ARIZONA. Were it not for Chief George's actions, all the ARIZONA Sailors would likely have perished. By his initiative, courage, and devotion to duty, Chief George reflected great credit upon himself and upheld the highest traditions of the United States Naval Service.

The V device for valor is authorized.

The official citation and award certificate may be viewed here (190 KB PDF).