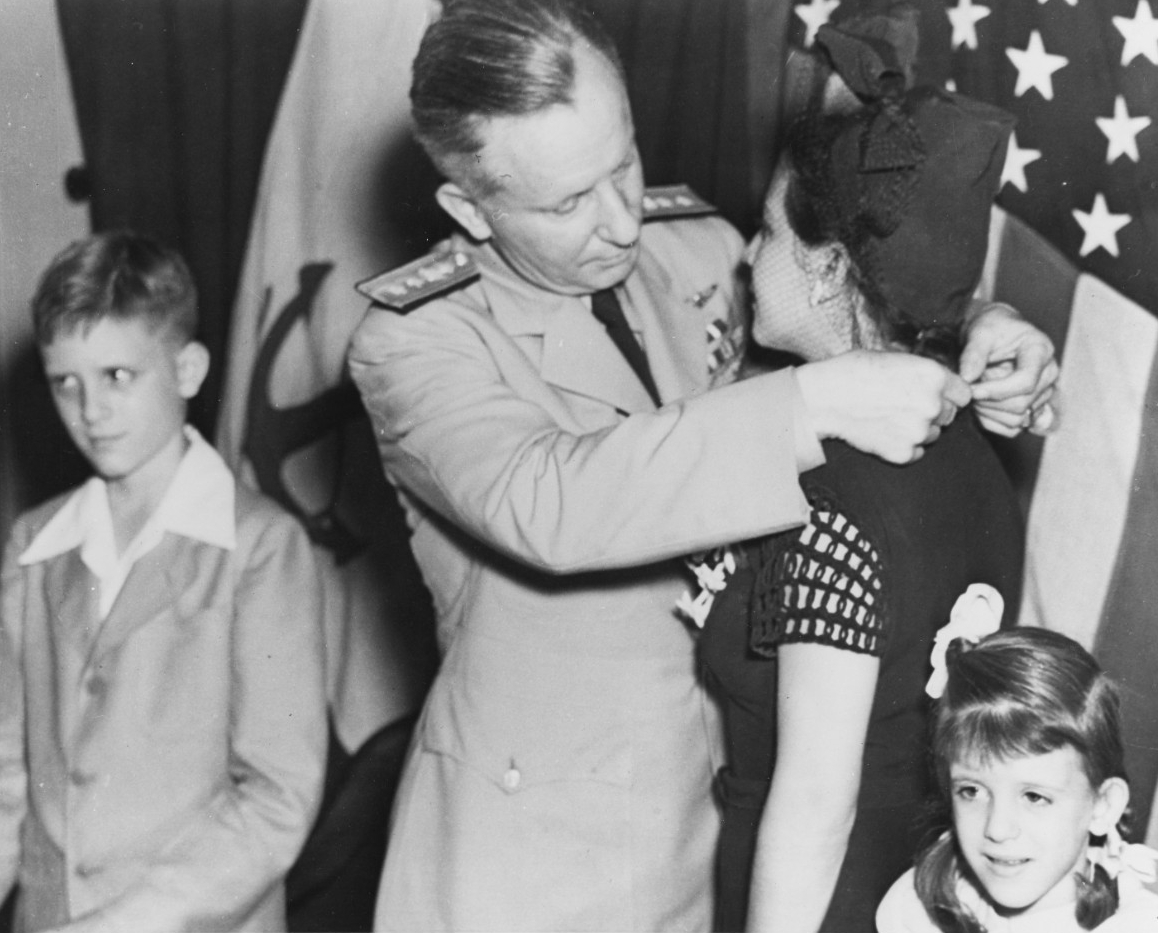 “For distinguished gallantry and valor above and beyond the call of duty as Commanding Officer of USS GROWLER during her Fourth War Patrol in the Southwest Pacific from 10 January to 7 February 1943. Boldly striking at the enemy in spite of continuous hostile air and anti-submarine patrols, CDR Gilmore sank one Japanese freighter and damaged another by torpedo fire, successfully evading severe depth charges following each attack. In the darkness of night on 7 February, an enemy gunboat closed range and prepared to ram the GROWLER. CDR Gilmore daringly maneuvered to avoid the crash and rammed the attacker instead, ripping in to her port side at 11 knots and bursting wide her plates. In the terrific fire of the sinking gunboat’s heavy machineguns, CDR Gilmore calmly gave the order to clear the bridge, and refusing safety for himself, remained on deck while his men preceded him below. Struck down by the fusillade of bullets and having done his utmost against the enemy, in his final moments, CDR Gilmore gave his last order to the officer of the deck, ‘Take her down.’ The GROWLER dived; seriously damaged but under control, she was brought safely to port by her well-trained crew inspired by the courageous fighting spirit of their dead captain.”