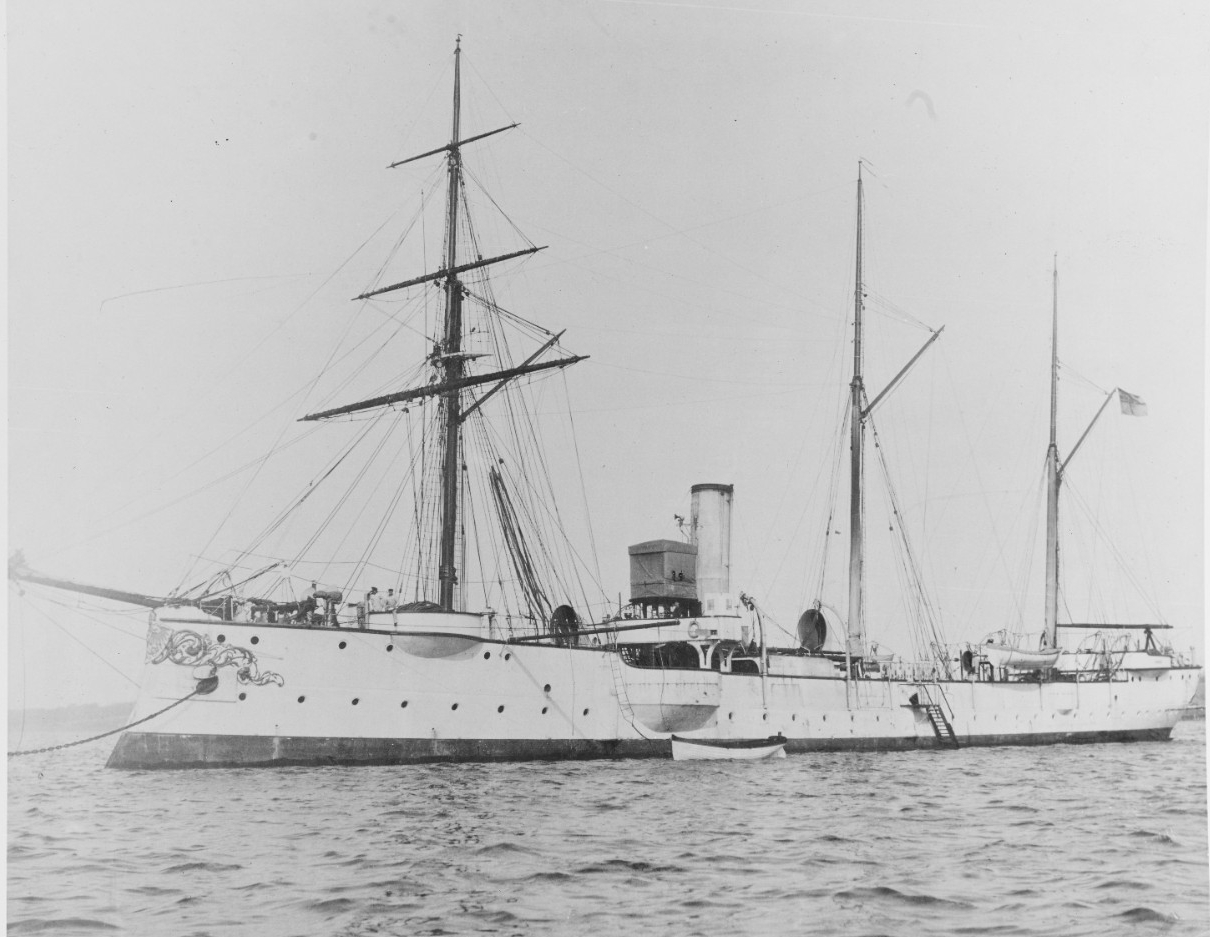 The first shot fired by the U.S. after entry into World War I was at Guam.  On 7 April 1917, the elderly steam schooner USS Supply (originally built in 1873, and the Station Ship at Guam since 1902) with a contingent of Marines embarked, approached the German auxiliary cruiser SMS Cormoran II in Apra Harbor to prevent the ship from scuttling itself. The Cormoran II had been interred at Guam since 14 December 1914, when low on coal, and pursued by Japanese warships (Japan was an ally of the British in World War I), the ship had taken refuge at Guam. Because the U.S. was neutral in the first years of the war, and because of a shortage of coal on Guam, the Cormoran was required to stay in Guam, where the German crew was generally treated with hospitality.

Upon the U.S. declaration of war, the commanding officer of the Cormoran II, Captain Adalbert Zuckschwerdt, had to decide whether to attack his former U.S. hosts on Guam (which included 400 U.S. Marines) or to scuttle his ship to prevent it from falling into American hands. Determining that an attack would result in needless and fruitless loss of life, he chose to scuttle the ship (although most of Cormoran II ’s guns had been removed under terms of internment, the Germans had surreptitiously retained some arms). Although accounts vary, at some point in the process of ordering the Cormoran II to surrender, a Marine fired a rifle shot (apparently into the air, when another Marine on Supply grabbed the rifle and pushed it up.) The Germans blew up their ship anyway with a demolition charge. Seven (possibly nine) German crewmen were killed, presumably as a result of the explosion or drowning afterwards, although accounts of how they died are murky. The remaining 350 or so German crewman were quickly rescued and the dead were buried with full military honors (and still remain) in a cemetery on Guam. This incident resulted in the first shot, the first German deaths resulting from U.S. action, and the first German prisoners of war of the U.S. in World War I. The wreck of the Cormoran II still remains in Apra Harbor in about 110 feet of water, right next to the wreck of the Japanese merchant ship Tokai Maru, sunk by the U.S. submarine USS Snapper (SS-185) in World War II.