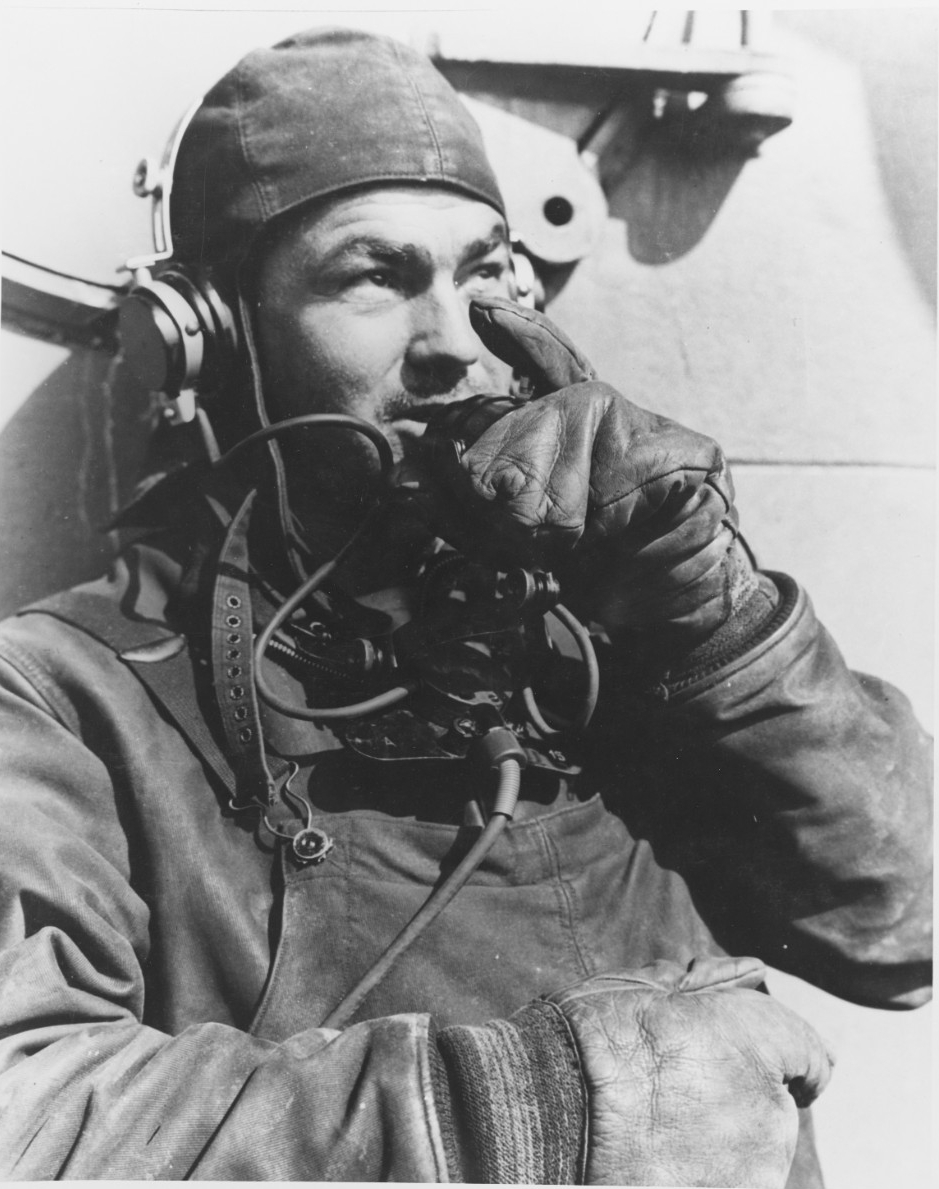 4. World War I: The Disappearance of USS Cyclops

On 26 March 1943, a mostly forgotten battle occurred in waters about 100 miles south of the Komandorski Islands, midway between the end of the U.S. Aleutian Island chain and the Soviet Kamchatka Peninsula. An outnumbered U.S. Navy force, centered on the heavy cruiser USS Salt Lake City (CA-25), engaged a superior Japanese force in a four-hour-long daylight long-range gunnery duel (one of the last pure surface actions in naval history). At the end of the battle, despite thousands of rounds fired, no ships were lost on either side and personnel casualties were very few. The battle has gone down in history as a case of "much sound and fury signifying nothing," to quote Shakespeare. Nevertheless, at one point the engagement was on the verge of becoming what could have been the worst defeat in U.S. naval history, with the potential loss of over 3,000 men in freezing waters. However the battle also included one of the most courageous actions in U.S. naval history, specifically the charge of the destroyer USS Bailey (DD-492, DESRON 14 embarked) with USS Coghlan (DD-606) and USS Monaghan (DD-354) in trail through a deluge of shellfire against the Japanese cruiser line at the most desperate and critical point in the battle. This action never really got the recognition it deserved. For more on the charge of Bailey, please see attachment H-016-1, and for more on the Aleutian Islands Campaign please see attachment H-016-2.

Battle of the Atlantic: The Lost Boarding Party, 10 March 1943

I thought this piece written by Captain James Bloom, MC, USN (Ret.), was particularly interesting, and was an incident I had never heard of, which in my view qualifies it as "forgotten." It is an example of extraordinary bravery by U.S. Navy personnel in far-flung places that is indeed worth remembering. Nowadays, "MIOs" (maritime interdiction operations) have become almost so routine that they may lead to complacency. They are actually extremely dangerous, as exemplified by the experience of the volunteer boarding party from the destroyer USS Eberle (DD-430) that went aboard the German blockade runner Karin in March 1943 just south of the equator in the Atlantic. Six U.S. Navy warships would be named after Sailors on the boarding team who made the ultimate sacrifice in an action that resulted in three Navy Crosses (one posthumous) and six posthumous Silver Stars. For more on this heroic boarding team, please see attachment H-016-3.

100th Anniversary of World War One

The Disappearance of USS Cyclops

On 4 March 1918, the collier USS Cyclops (Fuel Ship No. 4) departed from an unscheduled stop at Barbados en route to Baltimore and vanished with 306 people on board, including a number of passengers, and a cargo of manganese ore. There were no distress calls and no trace of her has ever been found. Although initially assumed to be lost due to German submarine or raider activity, British intelligence (which by then was reading German naval radio traffic very successfully, and sharing it with the United States) had no evidence of German activity related to Cyclops, and German records reviewed after the war showed no indication that the Germans had anything to do with the ship’s loss—nor did they have any knowledge of it other than what they learned from press reports. The unexplained nature of her loss has provided for decades of fun and frolic by conspiracy buffs, and numerous and varied theories have been advanced, ranging from storms, catastrophic hull failure, mutiny, sabotage, and methane gas to space-time warp, aliens, and the Bermuda Triangle. The ship did disappear in what is now known as the Bermuda Triangle, although that term did not come into use until the 1950s. Although the idea that ships or aircraft are more likely to disappear in the Bermuda Triangle than anywhere else has been thoroughly debunked, USS Cyclops and Flight 19 (the disappearance of a flight of five U.S. Navy Avenger torpedo bombers from NAS Fort Lauderdale in December 1945) are always at the top of the list of "mysterious" events in the Bermuda Triangle for those inclined to believe in it. Catastrophic structural failure is actually the most likely cause. For more on Cyclops, and the identical fate of two of her three sisters, please see attachment H-016-4.

As tensions continued to rise between the United States and Spain in the spring of 1898 following the sinking of USS Maine in Havana Harbor, Cuba, the new battleship USS Oregon (Battleship No. 3) was ordered to sail from San Francisco to the U.S. east coast as fast as possible. This was not an easy strategic decision due to a recent war scare with Japan over the Sandwich (Hawaiian) Islands. Stripping Oregon from the Pacific coast would leave Japan with two battleships in the Pacific and the U.S. with none. The voyage would also not be easy because the need for haste dictated a course around the southern tip of South America via the perpetually stormy Cape Horn. Nevertheless, departing on 19 March 1898, Oregon made the 14,000-mile voyage to the U.S. east coast in 66 days, arriving at Jupiter Inlet, Florida, on 24 May. She did indeed get pounded severely while in the vicinity of Cape Horn, but that did not significantly slow her down. During her voyage, the United States declared war on Spain (announced on 25 April retroactive to 21 April), which Oregon learned about during a brief stop for coal in Rio de Janeiro on 30 April. (The Battle of Manila Bay between the U.S. and Spanish navies would occur on 1 May.) Later, while off the coast of Brazil, Oregon even suffered a stubborn coal fire in a bunker next to one of her magazines, which her crew successfully extinguished, without need to put into port. Perhaps even more amazing, Oregon suffered no breakdowns during the unprecedented transit. The prowess of her engineers became legendary in the U.S. Navy. Immediately upon arrival in Florida, Oregon was ordered to join the U.S. naval blockade of Santiago, Cuba, in which a Spanish squadron was trapped. (As tensions had increased, Spain had sent four armored cruisers to Cuba over the heated objections of Spanish navy leaders, who insisted their ships were not ready for war—they were right.) Even with the wear and tear of the arduous voyage, Oregon was still the fastest battleship in the blockade and she would play a prominent role in the final defeat of the Spanish squadron when it tried to break out of Santiago. (I will cover the Battle of Manila Bay and the Battle of Santiago in future H-grams.) Oregon’s voyage had been a press sensation; newspapers hyped her progress every step of the way, making her arguably the most famous ship in the U.S. Navy to that point except for "Old Ironsides." The press bequeathed the moniker "Bulldog of the Navy." Her voyage was also used as an argument by politicians and others to bulldoze all opposition to building a canal across Panama, by any means necessary, including annexation of Panama. As fast as she was, Oregon had still not been able to get to the U.S. east coast before the war started, and leaving the west coast "defenseless" in the meantime was a serious strategic risk. Such arguments eventually carried the day in favor of building a canal (which would cost far more lives than the entire Spanish-American War). For more on USS Oregon and her descent from a national historic monument to an ignominious and sad end, please see attachment H-016-5. Attachment H-016-6 is a photograph of Oregon with a "bone in her teeth."