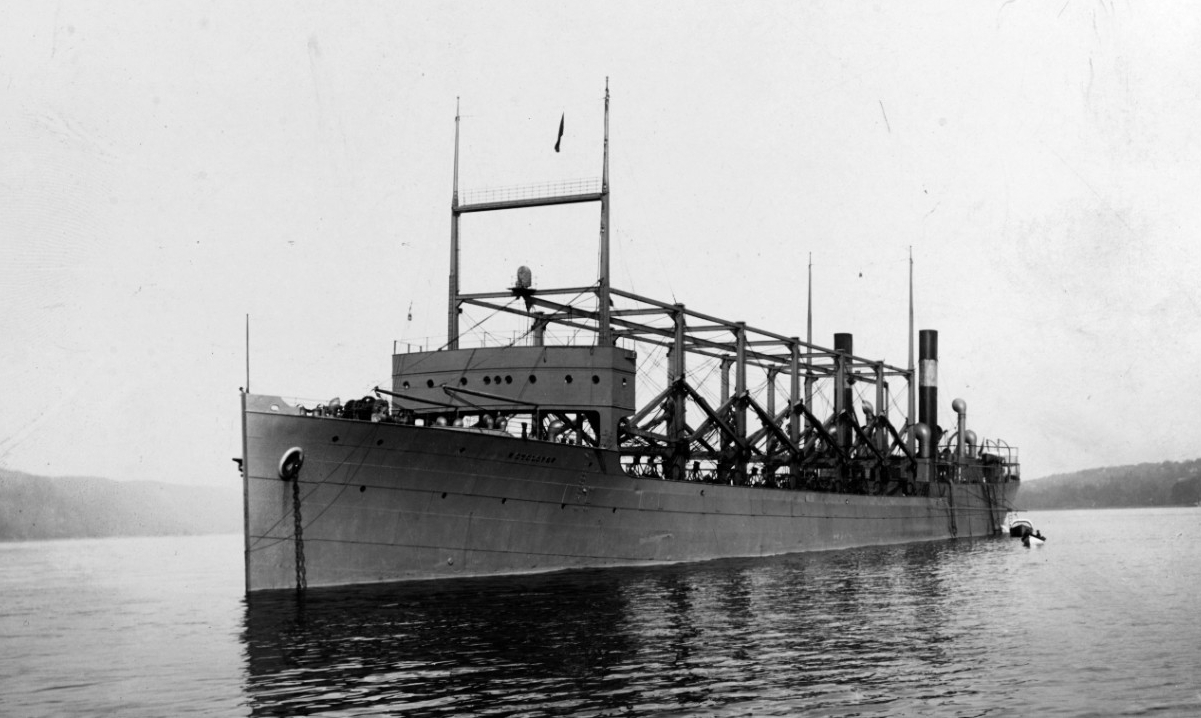 In the early years following the loss of USS Cyclops (Fuel Ship No. 4), the mutiny and sabotage theories were prominent, and stemmed from the fact that the ship’s captain, Lieutenant Commander George Worley, U.S. Naval Auxiliary Reserve, was actually Johann Frederick Wichmann and had been born in Germany. The Office of Naval Intelligence (which at the time had functions now done by NCIS) conducted an extensive investigation and determined that the “damned Dutchman,” as many of his crew referred to him, was actually of Germanic origin and therefore suspicious. Nevertheless, although it was determined that Worley had many of the same leadership traits as Captain Ahab and Captain Bligh, there was no evidence that he was disloyal to the United States. Nor was there any evidence that any of his crew had seriously contemplated mutiny, although rumors reported by the U.S. consul in Barbados regarding Cyclops’s previous leg from Rio de Janeiro and Salvador, Brazil, to Barbados clearly indicated what we would now call a “toxic command climate.”

Leaving aside the more outlandish theories, the most likely explanation is that a combination of Cyclops’s design characteristics and her cargo of ore resulted in her demise. She was designed to carry coal, not ore, and the different properties of ore may have interacted with a weakness in her design. Although comparatively modern (she was built in 1910), her power plant was reported to be in poor condition, which might have contributed to her loss. However, the best evidence for the “design flaw” theory stems from the fate of two of her three sister ships. USS Proteus (AC-9) served without incident as a collier in the U.S. Navy until decommissioned in 1924. Proteus was sold to a Canadian company in 1941, whereupon sometime after 23 November 1941 she and her crew of 58 and a cargo of bauxite ore vanished without a trace in, where else, the Bermuda Triangle. USS Nereus (AC-10) also served as a collier until being decommissioned in 1922. Sold to a Canadian aluminum company in early 1941, she too vanished in the Bermuda Triangle with her entire crew and a cargo of bauxite ore sometime after 10 December 1941. Neither loss was the result of German submarines, so either the Bermuda Triangle aliens had it in for that class of ship, or there was something wrong with design of the ship when carrying ore, which was more dense than coal. A theory advanced by U.S. Navy Admiral George van Deurs (an early U.S. naval aviator), was that the acidic coal cargo could over time seriously erode the longitudinal support beams making them more likely to break under stress. A combination of weakened structures, dense ore, and heavy seas would be the most likely cause for the losses. Makes more sense to me than methane or aliens.

Cyclops’s other sister was USS Jupiter (AC-3,) which was converted into the U.S. Navy’s first aircraft carrier, USS Langley (CV-1), in 1922. Subsequently converted to a seaplane tender in the mid-1930s, Langley was sunk by Japanese aircraft south of Java on 27 February 1942 while attempting to ferry fighter aircraft to that island. Definitely no aliens involved with this one.

The loss of Cyclops is often described as the single largest loss of U.S. Navy lives not directly involving combat. Actually that distinction goes to the frigate USS Insurgente (a French frigate captured by USS Constellation, Captain Thomas Truxton in command, in the Quasi-War with France in 1799 and put into U.S. service). USS Insurgente, under the command of Captain Patrick Fletcher, sailed from Hampton Roads on 8 August 1800 for the West Indies and disappeared without a trace with her entire crew of about 340 in, you guessed it, the Bermuda Triangle. She was most likely sunk in the hurricane that hit the West Indies in September 1800, which also sank the brig USS Pickering, with the loss of all hands (about 105). The worst (by far) all-time loss of U.S. Navy life to “non-combat” causes was when TF-38 drove through Typhoon Cobra in the Philippine Sea on 18 December 1944. The destroyers USS Hull (DD-350,) USS Spence (DD-512,) and USS Monaghan (DD-354) were sunk, and 28 other vessels damaged, with a total of 790 killed and 80 injured.

Back to H-Gram 016 Overview