H-066-1: 50th Anniversary of the Establishment of the Naval Historical Center 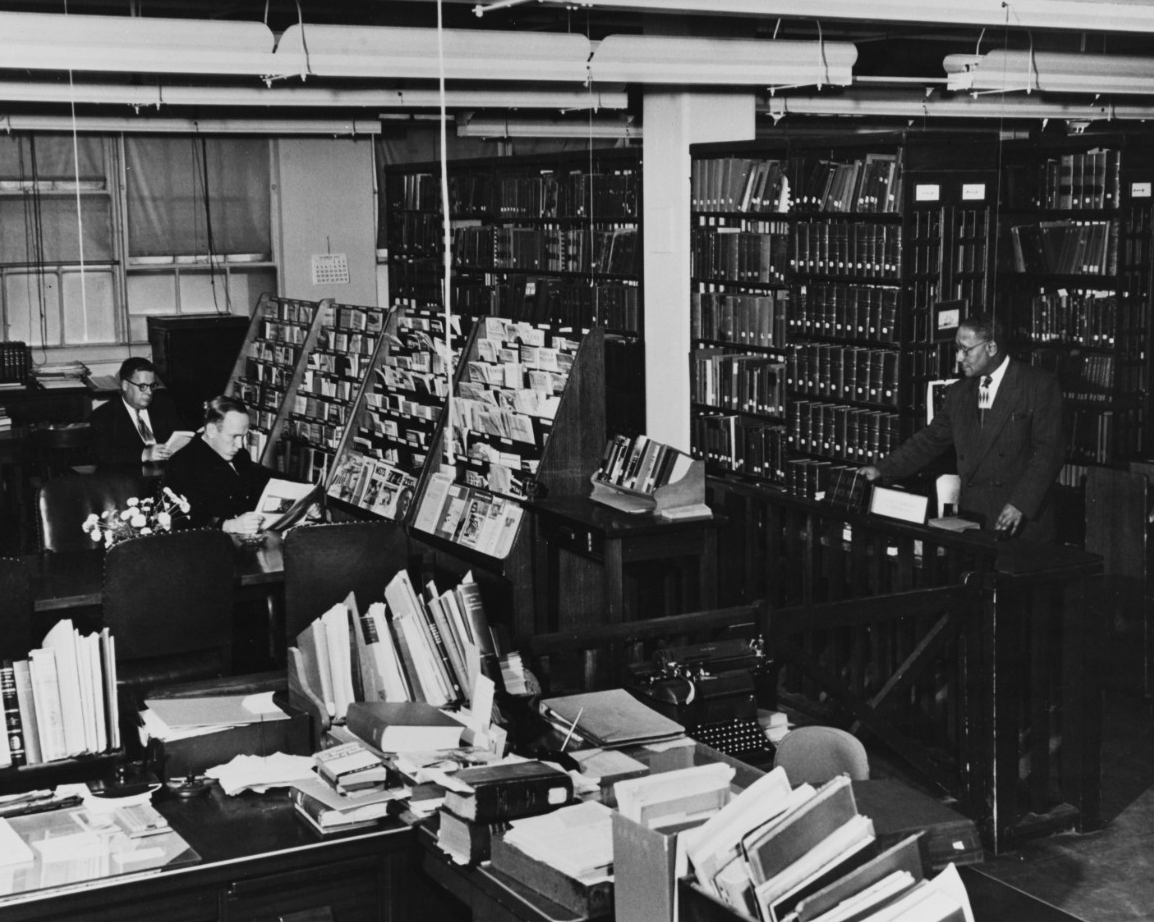 I usually post information about the history of the Navy as a whole, but today I’d like to recognize a milestone in the history of the command I lead. On 1 December 1971, the Navy combined the Naval Historical Display Center—now the National Museum of the U.S. Navy—with OPNAV’s Naval History Division to create the Naval Historical Center. The first director of the new center was Vice Admiral Edwin B. Hooper, who had recently retired from active duty. The mission of the new command was:

This mission statement remains at the heart what we do today, and this combination of Navy documentary history, material history, and museum programs created the basic structure of today’s Naval History and Heritage Command (NHHC).

A reflection of NHHC’s historical roots is that many parts of the command have their own anniversaries to observe. For example, the Navy Department Library was founded in 1800, survived the burning of Washington in 1814, and housed its extensive and growing specialized collection of works on U.S. and foreign navies in at least four locations before coming to the Washington Navy Yard in 1970.

In the 1880s, the library was consolidated with a new archives function to manage the official records created during the Civil War. Throughout the 1800s, the library was the Navy’s de facto foreign intelligence capability, with its mission to acquire books and manuscripts on other navies around the world. When the Office of Naval Intelligence (ONI) was first stood up in 1882, it was collocated with the Navy Department Library, and it was the library’s budget that sustained ONI for several years until Congress finally agreed to fund ONI.

The Office of Library and Naval War Records was placed in the Secretary of the Navy’s office in 1889. At the beginning of World War I, the office shifted its focus from gathering records of previous wars to collecting records documenting current wartime operations. In 1918, a History Section was established. The active collection of Navy history took off in World War II with the commissioning of Samuel Eliot Morison and other historians into the Naval Reserve to collect Navy history as it was being made with the fleet. An Office of Naval History was formed in 1944 to continue the work of documenting World War II.

A similar 1941 initiative recruited combat artists from civilian life to augment the Navy’s existing art collection with art created on the spot. This work could be dangerous: Lieutenant Commander McClelland Barclay, a prominent civilian artist who had volunteered for active duty, died with most of the crew when LST-342 was torpedoed in the South Pacific in July 1943.

On the historic artifact side, base commanders began displaying ordnance and other artifacts early in the 19th century. By the time of the Civil War, places like the Washington Navy Yard had well-organized “relic” displays. By the 1920s, the need for a Navy museum in Washington had become apparent to Navy leadership, and my predecessor Dudley Knox was appointed Curator for the Navy—a title I now proudly hold—to formalize artifact collecting, although little progress was made on a museum.

In 1961, then-CNO Admiral Arleigh Burke brought an end to decades of discussion by establishing the Naval Historical Display Center in a disused building at the Washington Navy Yard—the same building occupied by the National Museum of the U.S. Navy (NMUSM) today. The National Museum drew on an extensive central artifact collection begun in 1908, which in addition supported (and still supports) other federal and civilian borrowers with artifact loans. With the support of the SECNAV and CNO, we are currently planning to relocate the NMUSN to a new location near the Navy Yard that is outside the base gates. This will provide the public unfettered access to the Navy’s collection and a stable environment to house it.

Our command’s progress did not end with the consolidation of the Naval History Division and the Navy Historical Display Center.

After periodic reinvigorations of the combat art program with civilian artists in the Korean and Vietnam wars and occasional peacetime periods, the command established two civilian billets to provide a continuing combat artist capability.

The Naval Historical Center was renamed the Naval History and Heritage Command in 2008 to recognize its expanded responsibilities.

In 2015, we consolidated our central artifact collection to a new Collection Management Facility in Richmond, and established an organic artifact conservation capability there.

Of course, we’re not the only people in the Navy who do Navy history. We are proud to work with our colleagues in the fleet, the schoolhouses, and the Navy’s post–secondary education commands to ensure that the Navy and its sailors are effectively using our shared heritage and the hard-won lessons of the past to support and improve today’s Navy.

The common element throughout this story is our people, the passionate experts who are skilled at looking backward decades and centuries while also looking forward to ensure that irreplaceable knowledge and objects from the Navy’s entire past will be available for the Navy’s entire future. I am proud and privileged to lead the Navy’s largest assembly of history professionals, whose ability to tell extraordinary stories from the most unlikely sources or objects is amazing.

Thanks to all of you for your attention to these H-Grams, and for your kind remarks in support of the historical knowledge infrastructure that makes them possible. There have been NHHC components around since the dawn of the Navy Department, and we will continue working to improve and expand our support to the Navy.

For more detail on the history of NHHC and its component parts, please follow these links.

Origins of the Naval History and Heritage Command

Back to H-Gram 066 Overview