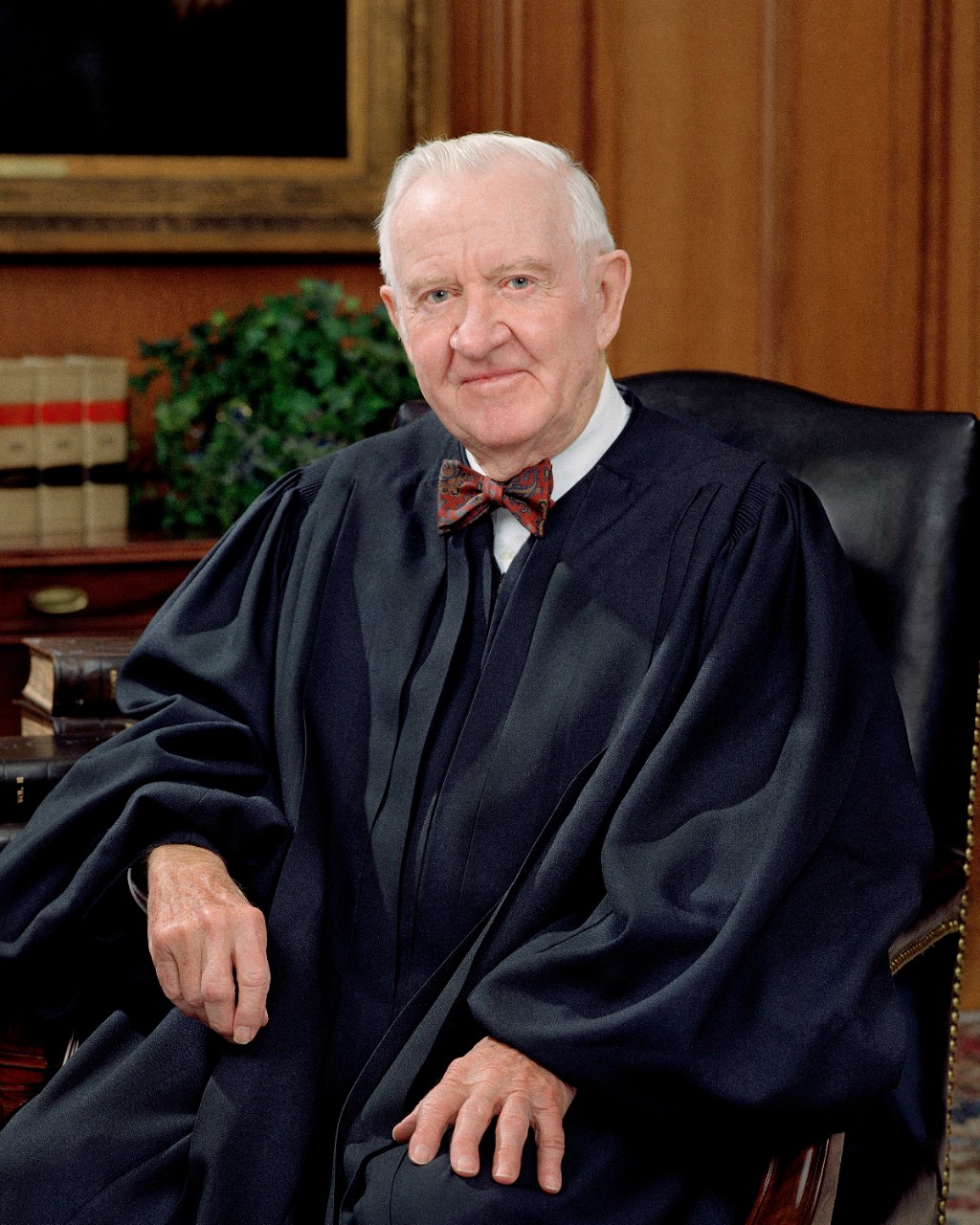 The passing of Associate Justice of the Supreme Court of the United States John Paul Stevens has been all over the news, and, while I do not intend to discuss his record on the Supreme Court, I did want to address his time in the U.S. Navy during World War II, when he was awarded a Bronze Star Medal for his work in communications intelligence. Although some accounts exaggerate his role, he was a member of the code-breaking team that broke the message with Admiral Isoroku Yamamoto’s flight schedule, leading to Operation Vengeance and Yamamoto’s downing and death in April 1943. He was also the watch officer on duty at Fleet Radio Unit Pacific (FRUPAC) when word of the success of the shoot-down mission was received (see H-Gram 018 for more details on Operation Vengeance).

I regret the delay in getting this out, but I had to have one of our librarians go to the National Archives to track down a copy of Justice Stevens’s Bronze Star citation, which was exceptionally generic—unsurprising given the highly classified nature of his work. Our attempt to track down a declassified copy of the Top Secret justification memo has so far not borne fruit:

The President of the United States takes pleasure in presenting the Bronze Star Medal to Lieutenant John Paul Stevens, United States Naval Reserve, for service set forth in the following citation.

“For meritorious achievement while attached to the Division of Naval Communications, from March 30, 1942 to September 2, 1945. Discharging his important duties with skill and initiative, Lieutenant Stevens rendered invaluable assistance in carrying out the vital work of the Division of Naval Communications throughout a critical period in the history of our country. By his tireless efforts, outstanding professional ability and devotion to the fulfillment of an exacting assignment, he contributed to the prosecution of the war and upheld the highest traditions of the United States Naval Service.”

Here's what he really did. While Stevens was working on his master’s degree in English at the University of Chicago, one of the deans actually had “ADDU” as a recruiter for naval intelligence. The dean convinced Stevens to take the Navy’s restricted correspondence course in cryptography, on which he did very well. On 6 December 1941, Stevens enlisted at Naval Station Great Lakes and applied for a commission. By early 1942, he reported to Washington, DC, to begin training and work in OP-20-G, which, although in Naval Communications, was actually the U.S. Navy’s cryptanalysis/code-breaking section under Commander Laurence Safford (and in which Joe Rochefort and Edwin Layton of Battle of Midway fame had served previously, Rochefort more than once). 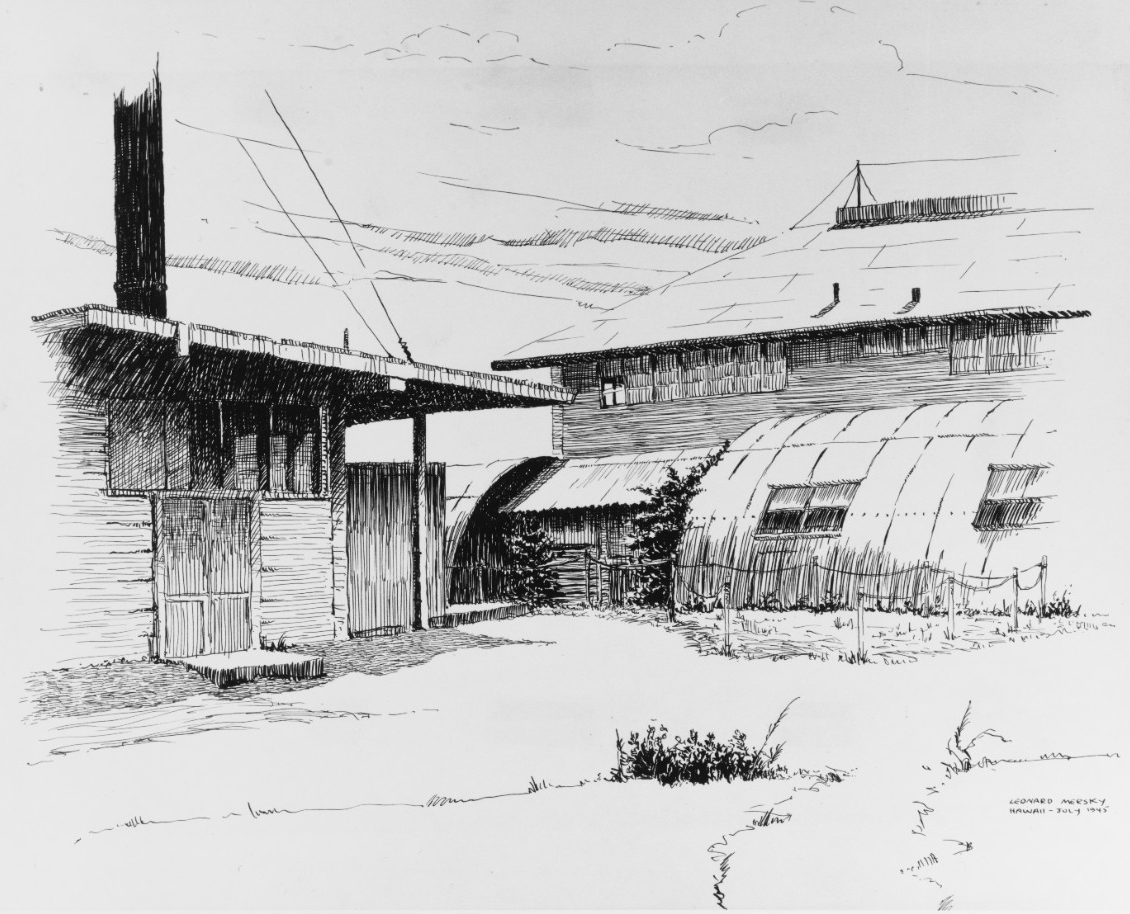 Stevens was sent to Pearl Harbor in early 1943 and assigned to Fleet Radio Unit Pacific (FRUPAC), also known as Station Hypo, the cryptanalysis section for the Pacific Fleet. Under Commander Joe Rochefort, the section had broken the Japanese codes, leading Admiral Nimitz to take his “calculated risk” at Midway. When Stevens first reported, Rochefort had been recalled to Washington, and FRUPAC was still in the basement of the headquarters of the 14th Naval District, but would soon move up the hill to Makalapa and be rolled into the Joint Intelligence Center Pacific Ocean Area (JICPOA).

During most of his time at FRUPAC/JICPOA, Stevens served as a watch officer on the Traffic Analysis Desk, where one of his duties was preparing the morning summary of Japanese communications activity that would go to the Pacific Fleet intelligence officer, Commander Edwin Layton. Although Stevens did some code-breaking work on lower-level Japanese ciphers, in his own words his work was “small potatoes compared to the magnificent accomplishments of the geniuses who were recovering JN-25 [Japanese operational naval code] additives and translating five-digit values into plain language.” Nevertheless, Stevens’s efforts in traffic analysis (i.e., analysis of message “externals”) made a major contribution to understanding of Japanese operations and intentions. He was also on watch when the word of Operation Vengeance success, “a peacock and two sparrows,” came in, and made initial notifications to the chain of command. Although Stevens wasn’t shot at, the hours were grueling and intense, with immense pressure to avoid any surprises from the Japanese.

Stevens left the Navy shortly after the end of the war, went to Northwestern University Law School, graduating first in his class, and would go on the to be nominated by President Gerald R. Ford to the U.S. Supreme Court. There, he would be the third-longest-serving Supreme Court Justice, serving from December 1975 to June 2010. Stevens would later reflect on his mixed feelings about the downing of Admiral Yamamoto (a feeling that was not unique to him among intelligence personnel involved) in that it was a deliberate elimination of a specific individual rather than a nameless enemy (some might call it a targeted assassination). Stevens would say the experience would affect his thinking on the death penalty, which he eventually came to oppose.

Also, in 1983, Stevens made an observation regarding the U.S. Navy commander at Pearl Harbor at the time of the Japanese attack: "I am convinced that Admiral Kimmel was unfairly held responsible for our failure to anticipate the surprise attack on Pearl and sincerely hope that he will one day be vindicated." And, in that, I am in agreement with Justice Stevens.