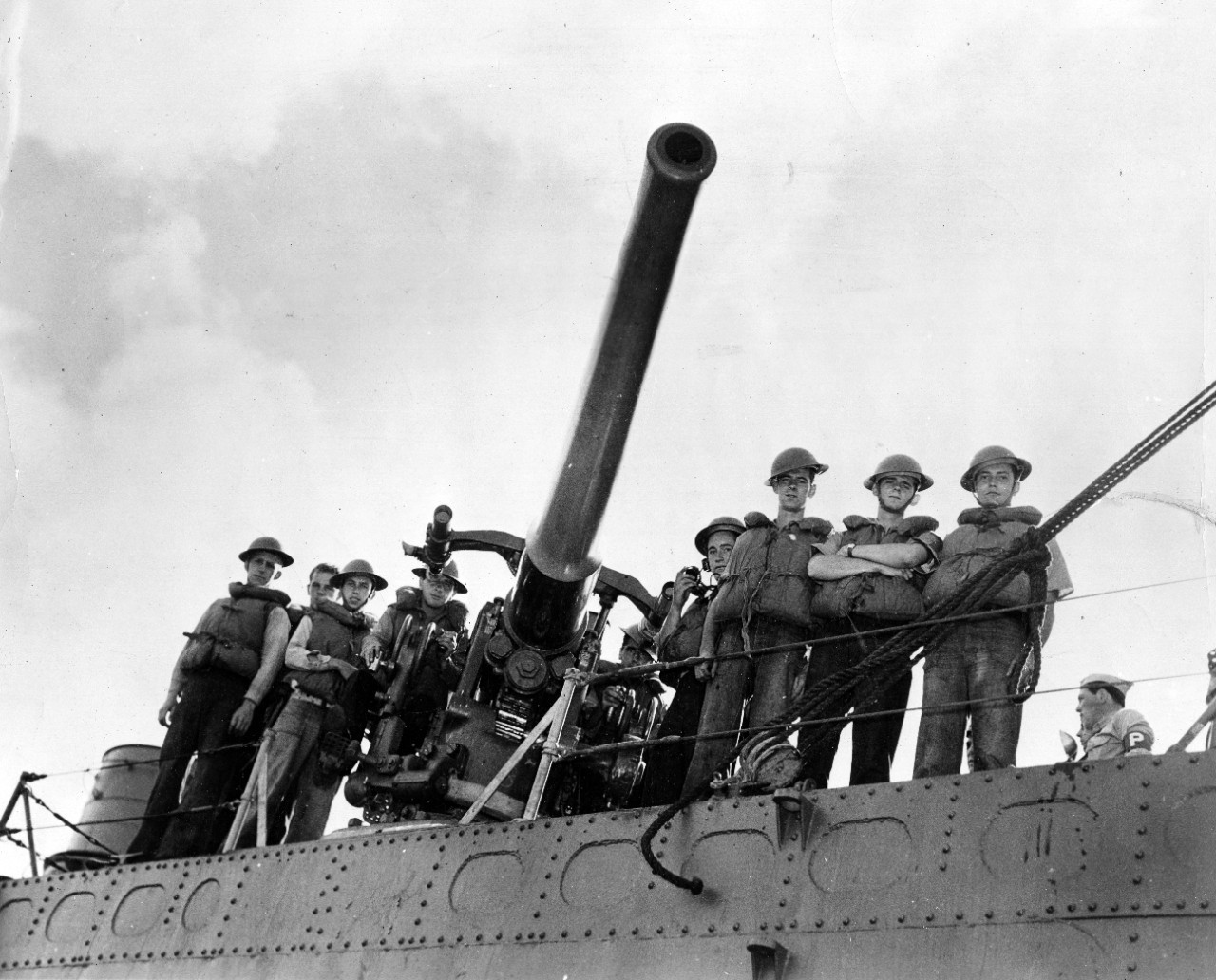 This photo (NH 97446) was taken of the USS Ward (DD-139) shortly after the Pearl Harbor attack. It shows the number three 4"/50 mount and its crew, consisting of Naval Reservists from Minnesota. This gun survives today and is located in a park near the grounds of the Minnesota state capitol. The original U.S. Navy official caption, as well as the plaque on the gun today, erroneously states that this gun fired the first shot during the Pearl Harbor raid. Gun #1 fired the first shot, which missed. Gun #3 fired the second shot, which hit and sank the Japanese midget submarine. USS Ward only fired two rounds during the engagement.