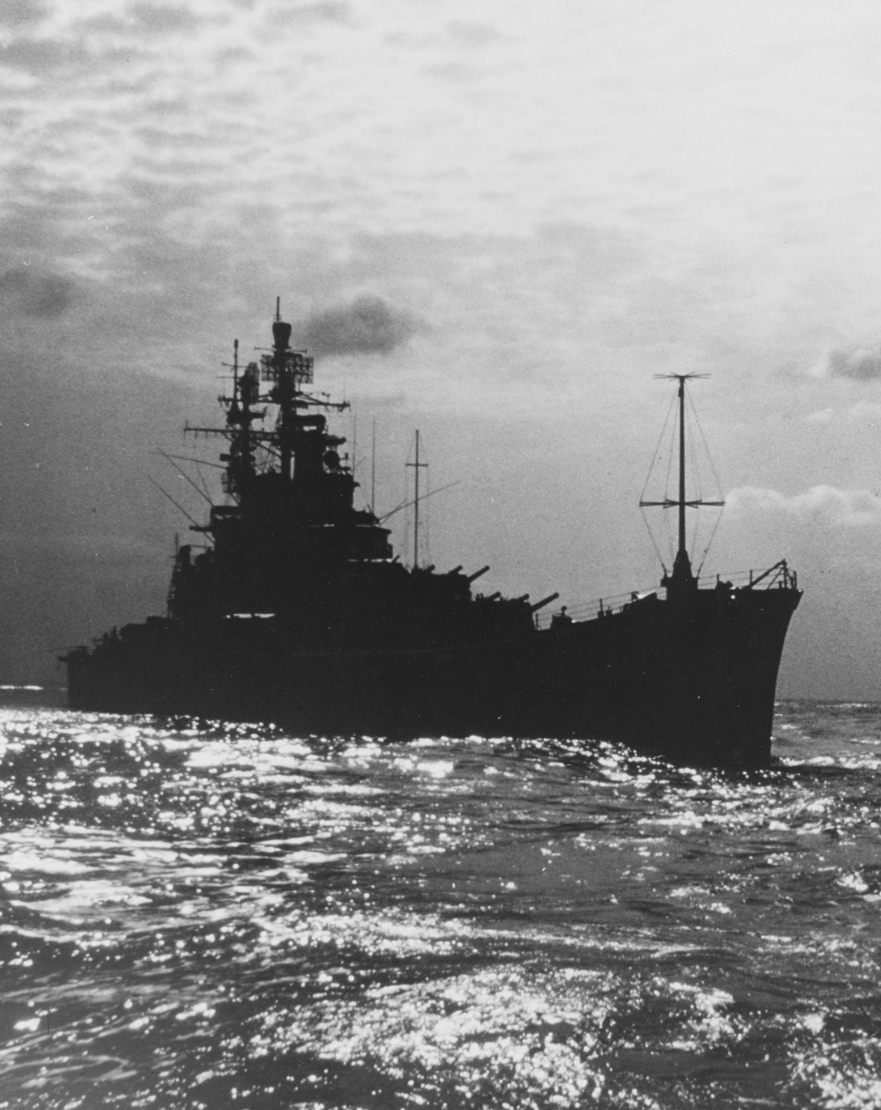 This H-gram continues where H-Gram 070 left off and covers the period of the Vietnam War between 1 July and 1 October 1972, as U.S. Navy carrier aircraft continued strikes into North Vietnam as part of Operation Linebacker and continued aerial minelaying operations in North Vietnamese harbors and coastal waters. One of the victims of the latter was Warrington (DD-843), a constructive loss after setting off “friendly” mines. H-Gram 074 also covers (future CNO) Vice Admiral James L. Holloway’s joy ride through Haiphong Harbor in August 1972—seriously, Operation Lion’s Den was one of the most audacious and dangerous surface actions since World War II. The period ended with the turret explosion on Newport News (CA-148) that killed 20 and only by apparent chance didn’t blow up the whole ship.

As of the beginning of July 1972, the U.S. Navy had six attack aircraft carriers flying strike missions against targets in North Vietnam as part of Operation Linebacker, and against North Vietnamese forces in South Vietnam, which had launched a massive conventional ground invasion of the South beginning 30 March. This was the largest concentration of carrier airpower amassed since World War II (and equaled only by the Desert Storm deployments in 1990/91). These carriers, along with two that had been relieved and had departed, played a critical role in first blunting the North Vietnamese offensive and then pushing it back, especially in the early days when carrier aircraft (and long-range B-52 Arc Light missions) were the only game in town until the U.S. Air Force could build back up its strength at bases in Thailand and the Marines got planes back into bases in South Vietnam.

The aerial mining campaign launched from the carriers, which closed North Vietnamese ports, very quickly had noticeable effects in reducing enemy air activity and SAM launch activity. North Vietnam began conserving ammunition once their resupply route by sea had been cut off, validating what U.S. Navy leaders had been advocating for years.

The mines, however, could also be a threat to U.S. ships. On 17 July, the destroyer Warrington (DD-843) detonated two Mk 36 Destructor bottom influence mines that had been jettisoned by Navy aircraft (whether warnings of the area had been properly disseminated is not clear). Although there were no serious casualties, the damage to Warrington was severe and the crew had to fight for several days to keep her afloat. The ship was determined to be beyond economical repair and was decommissioned at Subic Bay, making Warrington the largest Navy ship to be put permanently out of action as a result of damage sustained in the Vietnam War.

On the night of 19 July, the North Vietnamese air force made another attempt to attack a U.S. Navy ship off the coast of Vietnam (the first was on 19 April 1972, when Higbee [DD-806] was hit and damaged by a bomb). Five enemy aircraft in two waves and in quick succession attacked guided-missile destroyer leader Biddle (DLG-34) during a window when Barrier Combat Air Patrol (BARCAP) was at a low ebb. Based on multiple conflicting accounts, Biddle shot down one MiG with Terrier missiles and probably a second with guns (which would make her the last ship to shoot down an aircraft with manually loaded guns). One MiG flew directly over Biddle, but didn’t or couldn’t drop a bomb. Biddle suffered no significant damage or casualties. This would be the last such attempt by the North Vietnamese.

On 6 August, Lieutenant Harry Zinser of Helicopter Combat Support Squadron SEVEN (HC-7) made a daring nighttime rescue of a downed A-7 pilot off Saratoga (CVA-60) under heavy enemy fire. This was the deepest penetration of North Vietnam by a combat search-and-rescue mission since 1968. Zinser was awarded a Navy Cross. Four days later, an F-4J off Saratoga shot down a MiG-21 Fishbed, the first Navy kill with an AIM-7 Sparrow semi-active radar-guided missile since 1968.

On the night of 27 August, the U.S. Navy executed Operation Lion’s Den, a daring penetration of the approaches to Haiphong Harbor by four surface ships to bombard nine high-value shore targets. Rowan (DD-783) led the way, specially equipped to fire Shrike anti-radiation missiles from her ASROC launcher. Heavy cruiser Newport News (CA-148), with the Commander Seventh Fleet (Vice Admiral James L. Holloway III) embarked, went right up to the five-fathom curve, using her 8-inch guns to take out the key targets. Robison (DDG-12), with the officer-in-tactical command (Captain John Renn) embarked, and Providence (CLG-6) shelled additional targets. North Vietnamese shore battery fire was heavy but inaccurate, and although the U.S. ships were pelted by shrapnel from near misses, none was hit and no casualties were sustained. North Vietnamese lack of flashless powder enabled effective return fire from U.S. ships.

As the U.S. force commenced egress, a high-speed zigzagging contact was detected, identified by night-vision devices as a Soviet-made P-6 torpedo boat. With the picture confused by clutter from numerous rocks and pinnacles, splashes from Newport News’ own shells, plus defective illumination rounds, the contact proved very hard to hit. After prodigious gunfire, the contact was finally seen to catch fire and retreat. At that point two more contacts were detected inbound, followed shortly by yet another.

With three possible torpedo boats seemingly bent on closing off Newport News’ avenue of escape, Holloway came up on guard, calling in the blind for any aircraft in the area with illumination rounds to render assistance. Almost immediately, two A-7 Corsair II jets off Midway (CVA-41) rogered up and diverted from an armed reconnaissance mission over North Vietnam. After dropping an effective illumination round, and taking care to positively locate and identify all four U.S. ships, the A-7s were cleared to engage the surface contacts with Rockeye cluster munitions. With better illumination, gunfire from the ships also became more accurate. Vice Admiral Holloway’s account claimed all four North Vietnamese torpedo boats were sunk; the official after-action report throws in some “probably” and “possibly” words; subsequent intelligence reporting indicated one sunk, one possibly sunk, and one damaged (suggesting just how hard it is to hit fast-moving little boats).

During the heat of the shore bombardment, Holloway stepped outside the pilot house onto the bridge wing, apparently to relive his experience as a junior officer during the Battle of Surigao Strait. He was persuaded to step back inside before shrapnel rained down on the ship. Operation Lion’s Den was arguably the most audacious action by a U.S. Navy cruiser-destroyer force since World War II. It was a success in that the assigned targets were mostly assessed as destroyed, with no loss to the U.S. force. However, once was enough.

On 11 September, a Marine Corps F-4J of VMFA-333 off America (CVA-66) shot down a North Vietnamese MiG-21 with an AIM-9 Sidewinder and damaged another. VMFA-333 was the only Marine squadron to fly in combat off an aircraft carrier during the Vietnam War, and this was the only MiG kill of the war in which the pilot, radar-intercept officer (RIO), and aircraft were all from a Marine squadron. However, due to low fuel state, the F-4J and its wingman were forced to fly directly over Haiphong, where one was hit by an SA-2 SAM and the other by flak. Both jets were able to get out over the Gulf of Tonkin before the aviators were forced to eject; all four were safely rescued by Navy helicopters.

At 0100 on 1 October, Newport News suffered a high-order in-bore explosion in the center gun barrel of the Number 2 8-inch gun mount due to a defective auxiliary fuze for the shell. As a result, 720 pounds of powder in all three hoists caught fire, killing everyone in the top two levels of the turret, although several crew members were able to escape from the lowest (fifth) level. Had the high-energy flame jet propagated a few more feet down the hoists, the result could have been a catastrophic magazine explosion and loss of the ship. The subsequent investigation could not determine why the flames did not go farther.

Toxic gas from the fire quickly spread throughout the ship, with over 250 men suffering some degree of smoke inhalation. Thirty-six of these were in critical condition. Ultimately, 20 crewmen were killed in the explosion and fire, or subsequently succumbed to the effects of inhaling poison gas. This was the largest loss of life by any ship on the gun line during the entire war. On 20 October, Newport News returned to the gun line and resumed fire missions against North Vietnamese targets, although Number 2 turret would remain sealed for the balance of the ship’s service life (1975).

For more detail on the war in Vietnam from July to October 1972, please see attachment H-074-1.

As always, you are welcome to disseminate H-grams widely. “Back issue” H-grams may be found here.