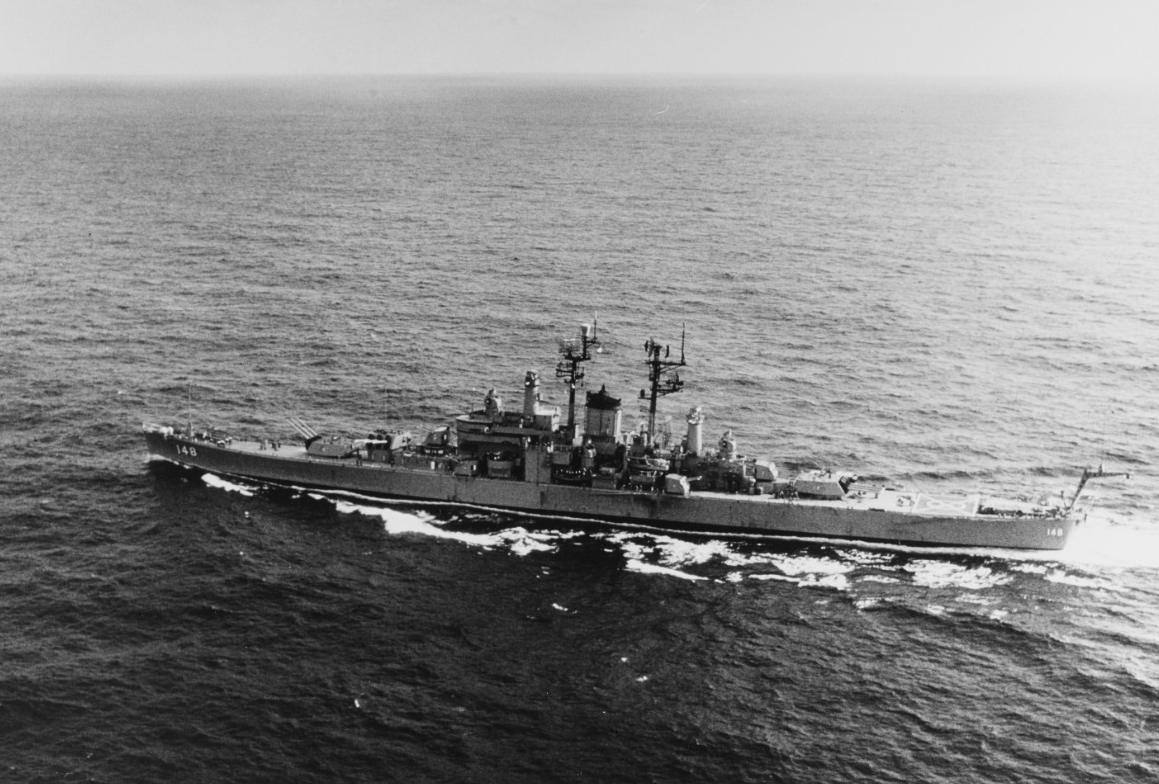 A city in Warwick County, Va. which is one of the world-s great ship building centers.

In addition to annual deployments to the Mediterranean from 1950 to 1961 for duty with the Sixth Fleet, she participated in major fleet exercises and midshipman training cruises in the Caribbean and Western Atlantic. In early September 1957, Newport News was on station in the Eastern Mediterranean in preparation for any contingency during the Syrian crisis. In March 1960, while steaming 75 miles northeast of Sicily, Newport News was ordered to proceed to Agadir, Morocco, to render assistance to the survivors of that earthquake shattered city. She steamed 1,225 miles in 40.5 hours at an average speed of 31 knots, arriving on 3 March to provide medical and material aid. With the assassination of General Trujillo and the resulting instability in Santo Domingo, Newport News was underway on short notice on 4 June 1961, and proceeded to a station in international waters off the Dominican Republic to await further orders. When the crisis terminated, the ship returned to Norfolk after conducting training exercises off Puerto Rico.

Newport News' berthing and communications facilities were modified in the winter of 1962 to accomodate Commander Second Fleet and his staff. In August 1962, she participated in NATO Exercise RIPTIDE III, and upon the end of the exercise, made a month long tour of Northern European ports as flagship of ComStrikFltLant, the NATO role of Commander Second Fleet.

Within a month after return to Norfolk, Newport News was underway on 22 October along with other units of the Atlantic Fleet for the Cuban Quarantine. For the next month, acting as flagship for ComSecondFlt, CA-148 was on station northeast of Cuba. When the Soviet MRBM's were dismantled and removed from Cuba, Newport News assisted in the missile count. Upon cancellation of the quarantine, she returned to her homeport of Norfolk the day before Thanksgiving.

Operations from 1963 through 1967 consisted primarily of NATO exercises in the North Atlantic, gunnery and amphibious exercises off the Eastern seaboard and Caribbean, and midshipman cruises. When the Dominican Republic crisis of 1965 developed, Newport News sortied from Norfolk on 29 April for Santo Domingo, where she was flagship for Commander Joint Task Force 122. Newport News remained on station off Santo Domingo until 7 May 1965 when JTF 122 was dissolved, and command was shifted to the Army ashore in the Dominican Republic. She returned to Norfolk, where in June alterations were made to increase her combat capabilities. 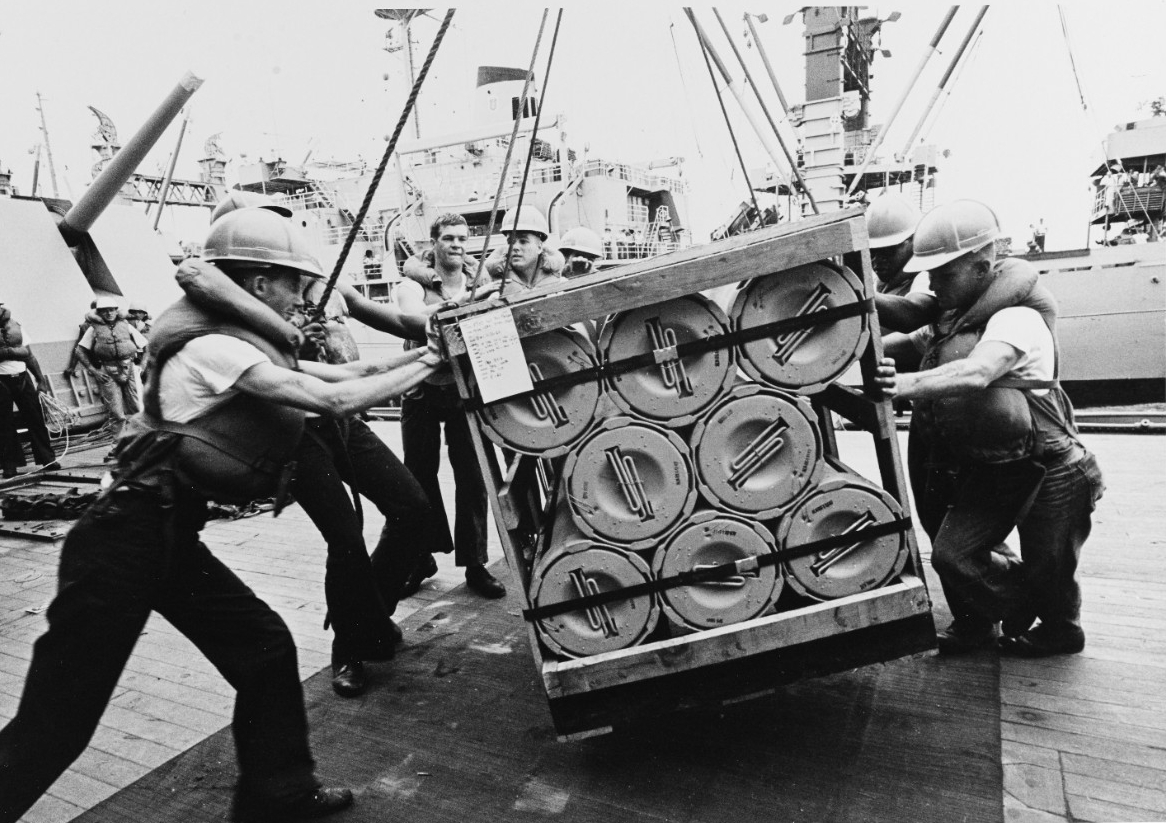 Crewman of Newport News (CA-148) steady a crate of eight inch powder charges as it arrives from Pyro (AE-24) during operations in the Gulf of Tonkin, 11 October 1967. National Archives photograph, USN 1127887.

1 September 1967, Commander Second Fleet shifted his flag to Springfield, and Newport News departed Norfolk 5 September for a six month deployment to South East Asia. Arriving Da Nang, South Vietnam, on the morning of 9 October, she became the flagship of ComCruDesFlot 3. That night, at 2300, she fired her eight inch rifles for the first time in anger against shore targets in North Vietnam as part of Operation "Sea Dragon." For years her powerful guns had served as a major force to keep the peace. Now her strength served well in war during the following months in providing interdiction fire north of the Demilitarized Zone and naval gunfire support for American allied troops in South Vietnam.

The cruiser departed Subic Bay 21 April and arrived at her homeport of Norfolk 13 May 1968, via the Panama Canal.