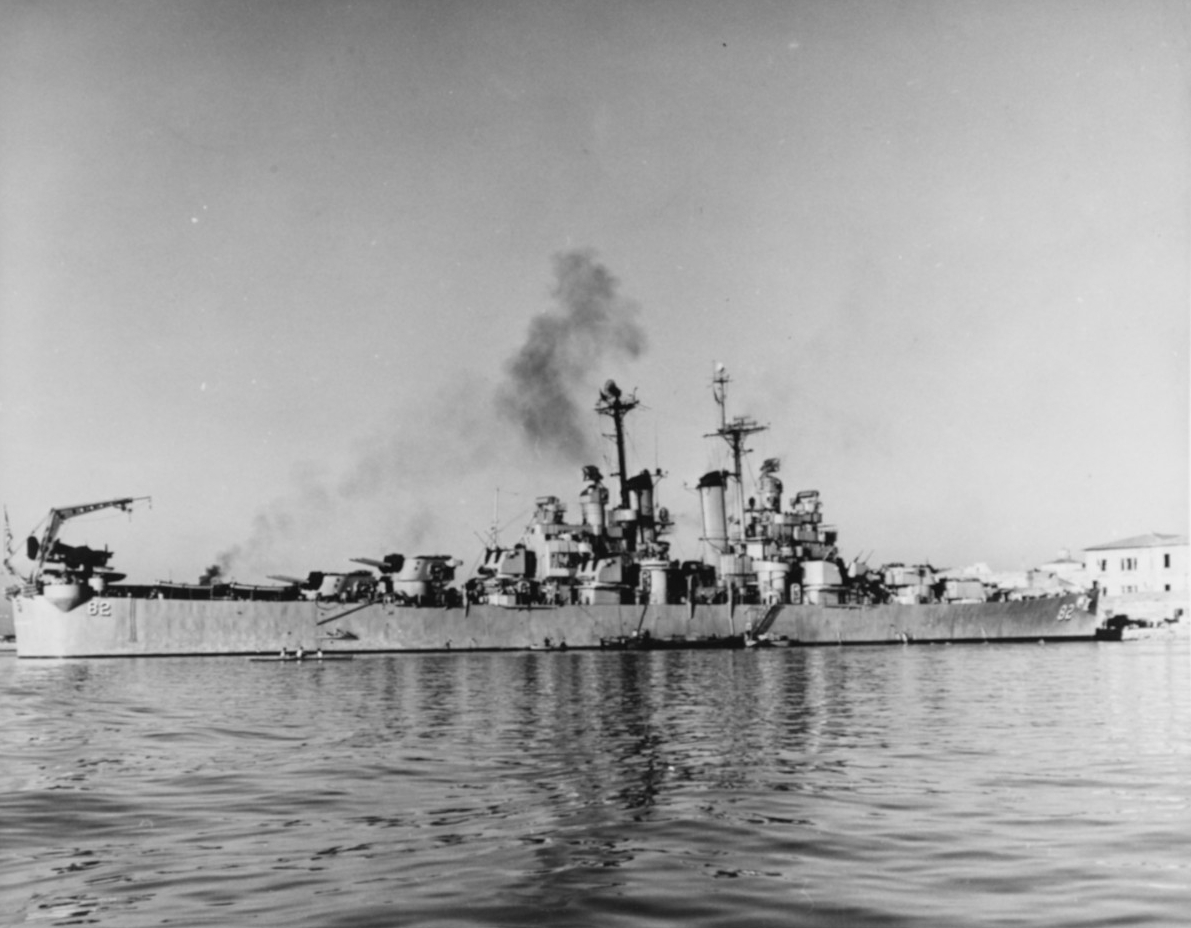 The capital of Rhode Island, in turn named in thanksgiving for God-s guidance and care.

Departing Boston in November, she visited Piraeus, Greece, in December, Istanbul with Missouri (BB-63) 5 to 9 April 1946, and Alexandria, Egypt, in May. Leaving the Mediterranean 16 June, she arrived at Philadelphia on the 25th. Following departure from the Delaware Capes in October and training out of Guantanamo Bay and Norfolk, Va., she left Hampton Roads for the Mediterranean 3 February 1947. After exercises and port visits in the Mediterranean, she departed Athens, Greece, in May, and arrived at Boston later that month. 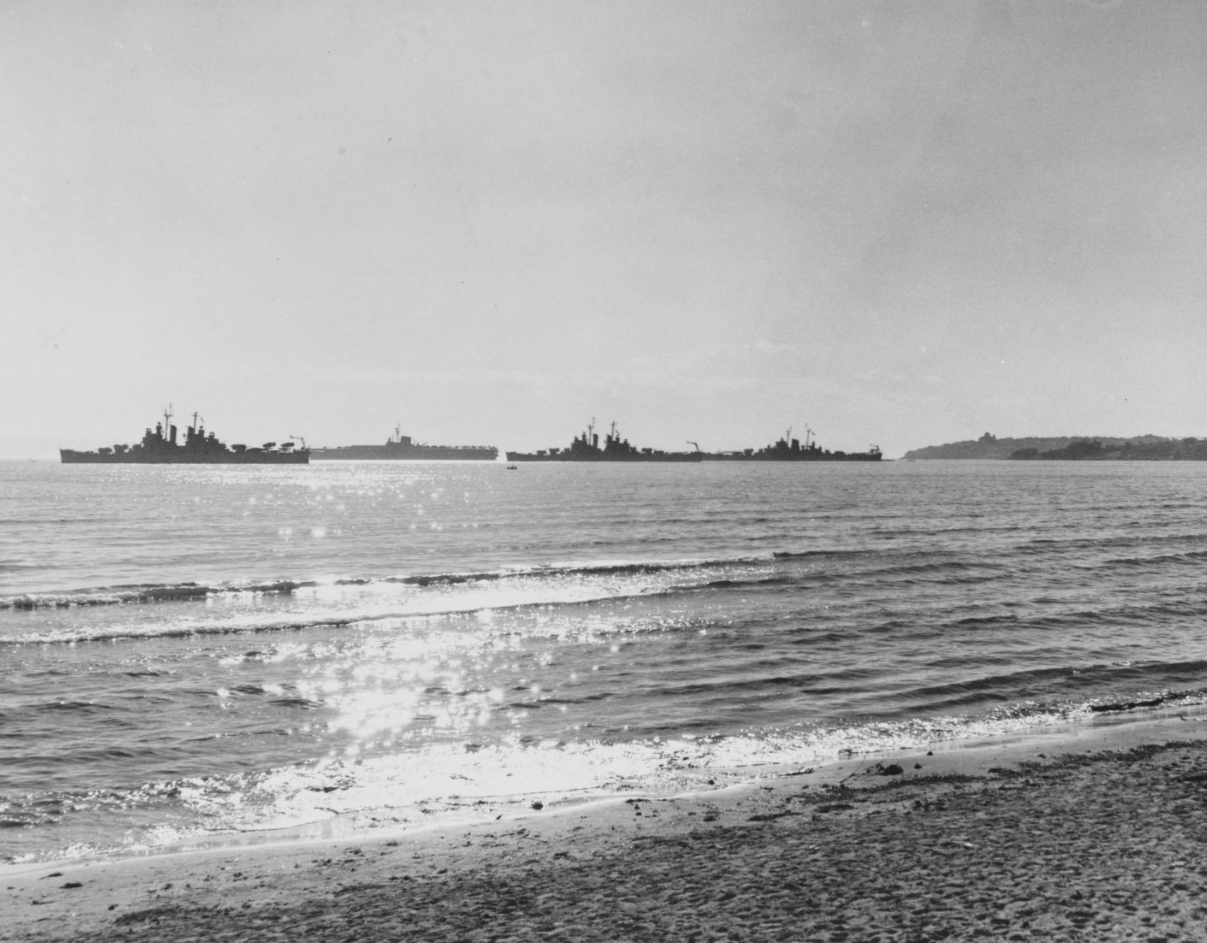 Departing Newport, R.I., in November, she operated in the Mediterranean from 20 November 1947 to 2 March 1948, visiting Naples in December, Taranto in January, and Trieste and Venice in February, returning to Newport in March. Sailing from Newport in September 1948, she served the 6th Fleet in the Mediterranean from 23 September 1948 to 14 January 1949, visiting Thessalonika in October, Marseilles in November, Trieste and Venice in December, and Oran in January, returning to Newport later in January. She decommissioned at Boston 14 June 1949, and entered the Atlantic Reserve Fleet.

Reclassified CLG-6 on 23 May 1957, Providence commenced conversion to a guided missile light cruiser at Boston in June 1957. Provided with modern missiles, command ship facilities, and a nuclear weapons capability, she recommissioned 17 September 1959, Capt. Kenneth L. Veth in command. Following shakedown out of Guantanamo Bay, she arrived at her new home port of Long Beach, Calif., 29 July 1960. After a six month tour of duty with the 7th Fleet, she returned to Long Beach 31 March 1961.

Following exercises off the west coast, she arrived at Yokosuka, Japan, in May 1962, and relieved Oklahoma City (CLG-5) as flaghip of the 7th Fleet. During 1962 and 1963 she participated in 7th Fleet exercises. During a three day visit to Saigon in January 1964, she hosted South Vietnamese and American dignitaries, and delivered more than 38 tons of Project Handclasp materials to local humanitarian organizations. Departing Yokosuka in July 1964, she returned to Long Beach in August. In October 1964 she began exercises in the Eastern Pacific. During January to June 1965, she received modern communications equipment. Spending the remainder of 1965 off the west coast with the 1st Fleet, she participated in exercises and visited various west coast ports.

Deployed to WestPac 12 November 1966, she again relieved Oklahoma City (CLG-5) as flagship of the 7th Fleet on 1 December 1966 at Yokosuka, Japan. She contributed to a major bombardment of enemy positions in Vietnam 1 April 1967. She duelled with an enemy shore battery off the DMZ on 25 May. In July she provided gunfire support for amphibious operations. She bombarded enemy storage areas south of Da Nang 10 October.

During 1968, she provided gunfire support off Vietnam during each month except June and December. In February 1968, during the enemy's Tet offensive, gunfire from Providence effected an important breach in the wall of an enemy strongpoint at Hue. During 1969 she operated with the 1st Fleet off the west coast. Into 1970 she remained active with the Pacific Fleet.