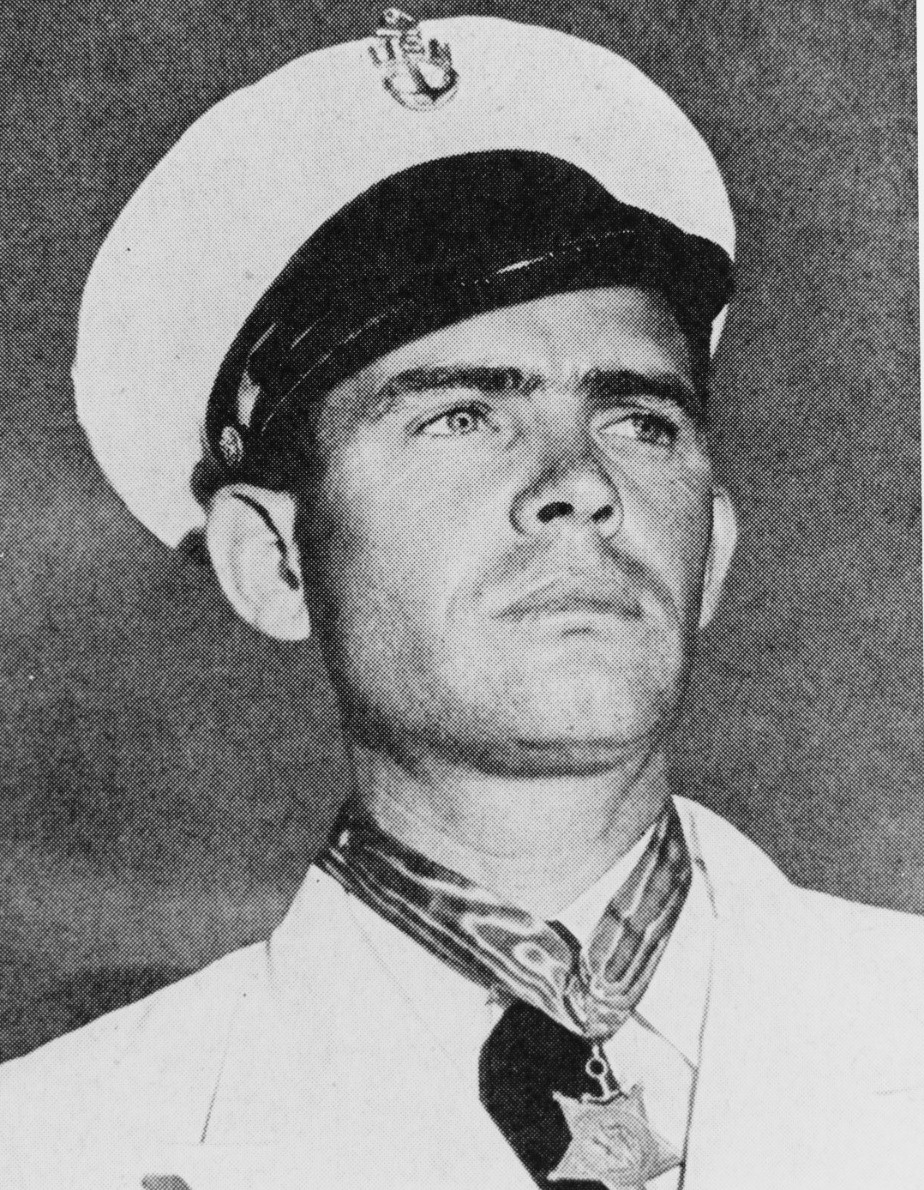 This revision to my original H-Gram 001 corrects errors in the rank of several awardees, provides some additional context, and adds a brief synopsis of ships named in honor of the awardees.

Fifteen Medals of Honor were awarded to U.S. Navy personnel for valorous action during the 7 December 1941 Japanese attack on Pearl Harbor; 10 of the awards were posthumous.

Captain Mervyn S. Bennion, USN—posthumous. West Virginia (BB-48), Commanding Officer. Despite being mortally wounded, showed no concern except to continue fighting and save his ship. Fletcher-class destroyer Bennion (DD-662) was named in his honor (in service 1942–46, 10 Battle Stars).

Lieutenant Commander Samuel G. Fuqua, USN. Arizona (BB-39). As senior surviving officer after the explosion that destroyed Arizona, he remained on board directing damage control, firefighting, and rescue efforts. Retired as a rear admiral, died in 1987. No ship named in his honor.

Chief Warrant Officer (Boatswain) Edwin J. Hill, USN—posthumous. Nevada (BB-36). Swam back to the ship after casting off her lines. Subsequently, after directing his men to take shelter, he was killed by bomb explosions and strafing in an exposed position on the forecastle as he attempted to let go the anchors when the Nevada was beached. Edsall-class destroyer escort Hill (DE-141) named in his honor (in service 1943–46, one Battle Star).

Warrant Officer (Gunner) Jackson C. Pharris, USN. California (BB-44). Despite severe wounds, on his own initiative, he set up a hand supply line for the antiaircraft guns and repeatedly risked his life to save other shipmates. Knox-class frigate Pharris (FF-1094) named in his honor (in service 1974–92).

Warrant Officer (Radio Electrician) Thomas J. Reeves, USN—posthumous. California (BB-44). Until overcome by smoke and fire, passed ammunition by hand in a burning passageway to antiaircraft guns after mechanized hoists were put out of action. Buckley-class destroyer escort Reeves (DE-156/APD-52) named in his honor (in service 1943–46, one Battle Star).

Machinist’s Mate 1st Class Robert R. Scott, USN—posthumous. California (BB-44). Remained at his post at an air compressor as it flooded to ensure the antiaircraft guns had air as long as possible. Buckley-class destroyer escort Scott (DE-214) named in his honor (in service 1943–47).

Chief Water Tender Peter Tomich, USN—posthumous. Utah (AG-16, ex-BB-31). Remained at his post in the engineering plant of Utah as she capsized, securing boilers and ensuring the escape of all fireroom personnel. Edsall-class destroyer escort Tomich (DE-242) named in his honor (in service 1943–46, one Battle Star).

Commander Cassin Young, USN. Vestal (AR-4). As commanding officer of Vestal, was blown overboard by the force of the Arizona blast, but returned to his ship and despite two more bomb hits, got his sinking vessel underway and moved it to where it would not be an obstruction. Awarded posthumous Navy Cross in command of heavy cruiser San Francisco (CA-38) in Battle of Guadalcanal 13 November 1942. Fletcher-class destroyer Cassin Young (DD-793) named in his honor (in service 1943–46, 1951–60, Navy Unit Commendation, hit twice by kamikazes, four Battle Stars).

Various accounts will give different totals of Medals of Honor depending on when they were written. The original Fleet Awards Board recommendation only recommended 12 men for the Medal of Honor. However, that included First Lieutenant George Cannon, USMC (posthumous) for action during the shelling of Midway Island by two Japanese destroyers on the night of 7 December 1941. Chief Finn was subsequently added to the list several months after that attack. Warrant Officer Pharris was originally awarded a Navy Cross that was upgraded to a Medal of Honor in 1948. Rear Admiral Kidd and Captain Van Valkenburgh were not originally recommended for any award on grounds that what they did was not significantly different (i.e., their duty) than what the other 1,176 men who were killed were occupied with when Arizona blew up. They were put on the list by order of Secretary of the Navy Frank Knox.

As for other awards, the numbers vary from source to source as well, and have actually changed over time due to a few upgrades. Reasonably solid is the number of Navy Crosses awarded (51). At the time, the Navy Cross was the second-highest award for valor in the Navy after the Medal of Honor, but third in precedence after the Navy Distinguished Service Medal (this order was reversed by act of Congress in August 1942). Most accounts lump other awards together, so it is not easy to determine how many were awarded to Navy versus Army personnel, except the Silver Star was an Army-only award at the time and the Bronze Star didn’t yet exist.

The Navy Cross awarded to then–Mess Attendant 2nd Class Doris Miller was controversial at the time as it was the first to an African American. He was not initially recommended for an award at all, partially due to the institutional racism at the time (to include the attitude of Secretary of the Navy Frank Knox), but also because his actions, which were indeed heroic, were not all that distinguishable from the heroic actions of many others that day who received no award. The Navy was forced to give Miller an award as a result of outside political pressure, not because the Navy suddenly became enlightened. Miller’s actions were heroic; however, the number of planes he shot down, if any, has been embellished in successive accounts over the years. Antiaircraft fire was actually so heavy that there was no way to confirm who (or even which ship) shot down which planes. A more complete account of Doris Miller’s naval career can be found in H-025-1.