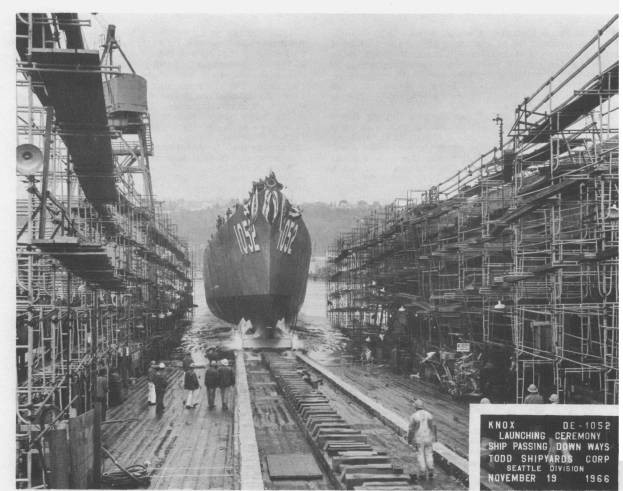 The second Knox was named for Dudley Wright Knox, born 21 June 1877, in Fort Walla Walla, Wash., and graduated from the U.S. Naval Academy 5 June 1896. During the Spanish-American War he served on board Maple in Cuban waters. He commanded gunboats, Albany and Iris, during the Philippine Insurrection and the latter during the Chinese Boxer Rebellion. He then commanded three of the Navy's first destroyers: Shubrick, Wilkes, and Decatur before commanding the First Torpedo Flotilla. During the cruise of the "Great White Fleet" sent around the world by President Theodore Roosevelt, he was ordnance officer of Nebraska (BB-14). In the years before World War I he was Fleet Ordnance Officer in both Atlantic and Pacific, served the Office of Naval Intelligence, and commanded the Guantanamo Bay Naval Station. In November 1917, he joined the staff of Admiral Sims, Commander of U.S. Naval Forces in European Waters, and earned the Navy Cross for "distinguished service" serving as Aide in the Planning Section, and later in the Historical Section. He was promoted to Captain 1 February 1918.

After returning to the United States in March 1919 for a year on the faculty of the Naval War College, he successively commanded Brooklyn (ACR-3) and Charleston (C-22) before resuming duty in the Office of the Chief of Naval Operations.

Transferred to the Retired List of the Navy 20 October 1921, he continued active duty simultaneously serving as Officer in Charge, Office of Naval Records and Library, and as Curator for the Navy Department. Early in World War II he was assigned important, additional duty as Deputy Director of Naval History. For a quarter of a century his leadership inspired diligence, efficiency, and initiative while he guided, improved, and expanded the Navy's archival and historical operations. During his tenure he contributed a written legacy that honored both the Nation and the Navy.

A master of content and style, his clear writings include The Eclipse of American Sea Power (1922) ; The Naval Genius of George Washington (1932) ; and A History of the United States Navy (1936), the latter recognized as "the best one-volume history of the United States Navy in existence." Advanced to Commodore 2 November 1945, he was awarded the Legion of Merit for "exceptionally meritorious conduct" while directing the correlation and preservation of accurate records of the U.S. naval operations in World War II, thus protecting this vital information for posterity. Commodore Knox was relieved of all active duty 26 June 1946. He died 11 June 1960.

The second Knox (DE-1052), the prototype in a new class of destroyer escorts, was laid down 5 October 1965, by Todd Shipyards Corp., Seattle, Wash.; launched 19 november 1966; sponsored by Mrs. Peter A. Sturtevant, granddaughter of Commodore Knox; and will be completed in the summer of 1968.

Once completed, Knox will perform search and rescue operations and provide evacuation, blockade, and surveillance support, when necessary, for the Pacific Fleet.