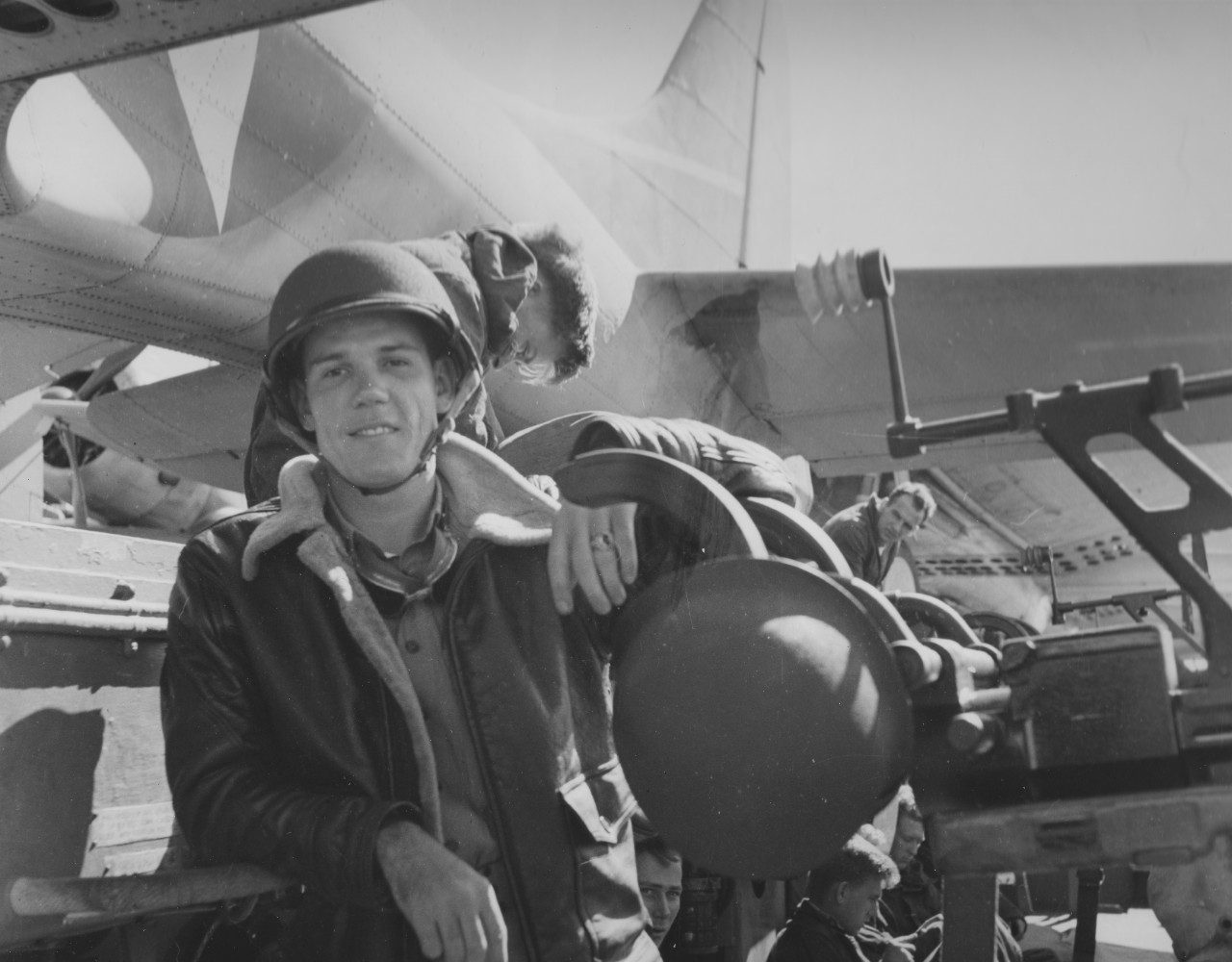 A junior officer poses with a 20-mm gun on USS Yorktown (CV-5), during the morning of 4 June 1942. This gun is one of five in Yorktown's after port 20-mm battery. Several SBD-3 Dauntless scout bombers are parked on the flight deck alongside these guns (80-G-312008).

Finally, Hollywood decided to make a $100 million–dollar movie about real heroes instead of comic book heroes. In this case, the heroes are the pilots, aircrewmen, submariners, sailors, intelligence officers/code-breakers, and senior commanders who, against great odds and at great sacrifice, turned the tide of the Pacific War against the Empire of Japan at the Battle of Midway on 4 June 1942. Although the movie is not perfectly historically accurate, the producers went to great lengths to be as accurate as possible given time and resource constraints, and it comes far closer than any other movie about naval combat (and is way more accurate than the 1975 Midway movie or the more recent Pearl Harbor).

Whenever a Hollywood producer wants U.S. Navy support to make a movie, they are required to submit the script to the CHINFO West office in Los Angeles for review. If the script concerns a historic topic, it is then forwarded to Naval History and Heritage Command for a review of historic accuracy. I admit to getting pretty excited when I first read the script a couple years ago, because, although not perfect, it got so much right. Even better, in my view, it is a great depiction of the incredible courage of those who fought in the battle—on both sides. It depicts the heroic sacrifice of the U.S. torpedo bombers and the incredible work by the dive-bombers, and also incorporates the important role of the submarine Nautilus (SS-168). Moreover, it nails the naval intelligence contribution to the battle. Finally, it presents a balanced view of the Japanese side as well. Although there is some fictitious interpersonal conflict for “drama,” the characters in the movie are real people who did the incredible things depicted (sometimes a little exaggerated and out of proper time sequence, but the valor was very real).

I recommended strongly that the Navy and DoD support the production of the movie. NHHC provided substantial archival, research, and technical assistance (such as ship and aircraft plans, squadron markings, etc.) to assist the special effects teams. (I’d always been frustrated with previous Navy historical movies—cheesy ship models or anachronistic ships—but the current state of computer simulation provided the opportunity for more realistic depiction—although in some scenes the special effects guys get carried away, but they are still pretty incredible. The first scene of USS Enterprise [CV-6] will blow people away.) With the help of NHHC historians, I provided feedback on the script and initial cuts of the movie. Given that state-of-the-art CGI costs about $1 million per minute, some of the requested changes could be made and others couldn’t. The weakest part of the movie is the depiction of the important contribution of the Midway-based aircraft (the 1975 movie left them out completely.)

After the movie has been out for a while, I will publish my list of historical discrepancies. In the meantime, I am re-issuing portions of previous H-grams covering the Battle of Midway (with some updates based on some feedback I received—if you want to start a historic food fight, the controversial role of the Hornet’s [CV-8] dive-bombers is a good way to do it) for those who want to “bone up” on the battle.

Despite some “Hollywood” aspects, this movie does real credit to the United States Navy.

Please follow the links below for more on the Battle of Midway: