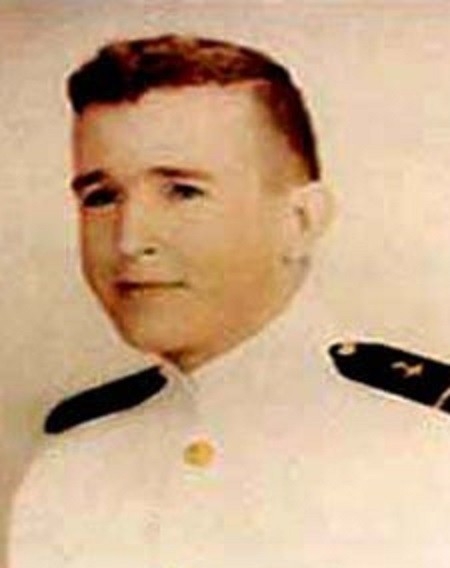 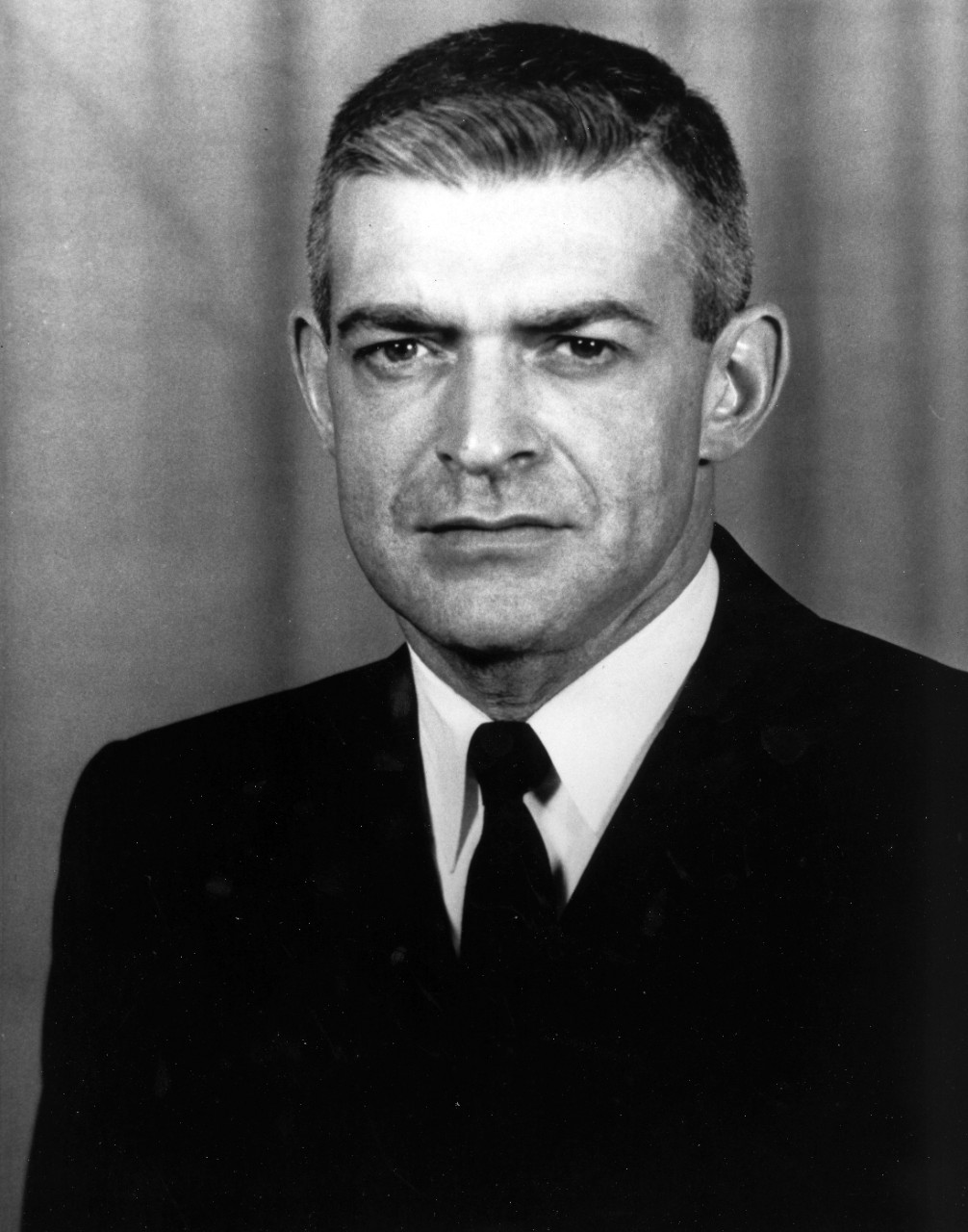 One of the early U.S. Navy efforts in Vietnam was the assignment of military advisors to the South Vietnamese navy. At the start, active duty U.S. sailors serving as advisors shunned direct combat, but as the war intensified they were inevitably drawn into the whirlwind. Following his graduation from the Academy and initial tour aboard the destroyer Charles H. Roan (DD-853), William Charles Fitzgerald volunteered for duty as such an advisor. He was posted to the South Vietnamese Navy's Coastal Defense Patrol Group 16, one of many coastal groups operating armed junks in surveillance and arms interdiction missions. By 1967, Lieutenant Fitzgerald had risen to the senior advisor position for the group.

In the pre-dawn hours this day, Group 16's operating base 70 miles south of Da Nang came under surprise attack by two Viet Cong battalions. The assault was overwhelming; in a matter of minutes enemy troops penetrated the minefield at the northern edge of the base and threatened the entire facility. Fitzgerald and his three junior advisors took shelter in a bunker at the center of the compound, from whence Fitzgerald radioed for help. His call was answered by PCF-20, a U.S. swift boat patrolling nearby, but in the 20 minutes it took her to respond, 300 Viet Cong broke through the perimeter wire.

Fitzgerald's men returned a steady fire. PCF-20 was shortly joined by PCF-75 in company with the South Vietnamese navy gunboat PCE-10. But despite the combined fire of the three boats, the VC closed on Fitzgerald's position. Recognizing his position was about to be overrun, Fitzgerald ordered Lieutenant Junior Grade Anthony C. Williams, Chief Engineman Harold H. Guinn and Boatswains Mate First Class Leo E. Pearman to evacuate to the nearby riverbank. The lieutenant stayed behind to cover their retreat. When all three were clear, Fitzgerald called an artillery strike directly onto his position, then jumped to make good his own escape. He didn't make it.

U.S. support now arrived in force, in the form of more swift boats, the destroyer Camp (DER-251), and an Air Force C-47 "dragon ship." These maintained unrelenting counterfire for several hours while friendly troops were evacuated. Three companies of U.S. and South Vietnamese infantry arrived later in the day to reclaim the base. Fourteen South Vietnamese sailors had been killed and 35 wounded in the attack. Williams, Guinn, and Pearman all received shrapnel wounds, but survived. Fitzgerald was posthumously awarded the Navy Cross for his bravery and sacrifice. Our current Pacific Fleet Arleigh Burke–class destroyer Fitzgerald (DDG-62) remembers this gallant Vermont native, as does Fitzgerald Hall at the Naval War College.

On 3 September 1967, Lieutenant Vincent R. Capodanno, CHC, USNR, made his usual Sunday rounds hopping supply choppers to celebrate mass with the dispersed units of the 3rd Battalion, 5th Marines, 1st Marine Division. Capodanno had been with the 5th Marines since 30 April, volunteering to serve a second tour in Vietnam. This day found his Marines engaging the enemy in Operation Swift, an effort to clear the area around Da Nang. He ended his Sunday rounds with Mike Company. However, the helicopters transporting Mike to the central command area were forced down short of their destination by enemy ground fire.

Monday morning dawned with Mike Company and their hitchhiking chaplain trudging on foot through the enemy-held Que Son Valley. Shortly, snipers opened on the group, forcing Capodanno and the command platoon to ground in a shell crater while the 1st and 2nd platoons deployed in defense. It quickly appeared they had actually confronted a large enemy concentration that now announced its presence with a barrage of mortars. The advanced platoons became pinned down and began taking casualties. Sensitive to their cries, Capodanno jumped from the crater and began ministering to the dying and wounded.  Lance Corporal Lovejoy, the radio operator, fell pinned in the dirt by enemy crossfire. Capodanno ran to his side, grabbed the strap of his pack and dragged him to safety at the top of a hill. The Marines fired tear gas canisters into the bush; however, several had lost their gas masks in the initial panic. Father Capodanno selflessly gave up his own, stating, "You need this more than I do."

After attending seven fallen Marines, a mortar round landed within 20 meters of Capodanno, knocking him to the ground and ripping away part of his hand. Ignoring his wounds, he ran to the side of Sergeant Manfra, who had been hit five times and knocked senseless in an exposed position. Again braving direct enemy fire, Capodanno pulled him to the shelter of a nearby depression and began bandaging his wounds. Meanwhile, outside the defensive perimeter, Lance Corporal Tanke was holding pressure on the thigh artery of Hospital Corpsman Leal, who lay mortally wounded. Nearby, Tanke observed an NVA machine gun being set up, but his rifle jammed in counter-firing. Observing the same gun now ready to open, Capodanno ran to the position and dove over the corpsman, cradling him with his body. It was in this position that Capodanno's body was later found, having received 27 bullet wounds.