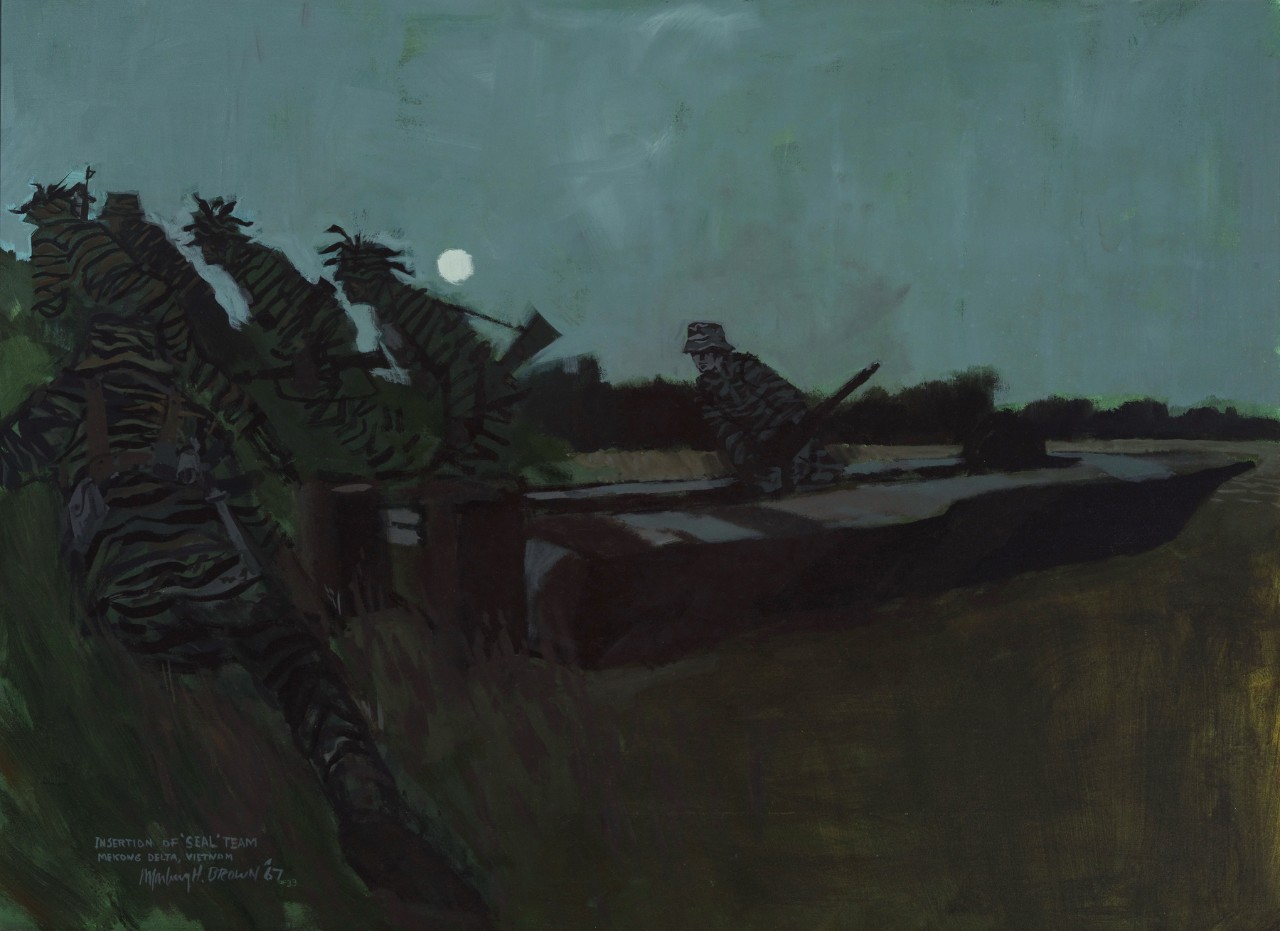 This special edition H-gram is published in conjunction with Vietnam War Veterans Day, which is commemorated on 29 March.

In a live television broadcast on 31 March 1968, President Lyndon B. Johnson shocked the nation by announcing he would not run for reelection in the fall of 1968. His decision was partly motivated by his plummeting approval rating caused primarily by the momentous events that occurred in Vietnam in January–March of 1968; in particular, the surprise Tet Offensive by North Vietnamese and South Vietnamese Communist (Viet Cong) forces that attacked over 150 cities, government, and military installations in South Vietnam, as well as the protracted bloody fighting during the siege of Khe Sanh and the recapture of the city of Hue, resulting in the highest weekly U.S. casualties (over 500 KIA per week) during the entire war.

The Tet Offensive was actually a massive military defeat for the Vietnamese Communists, and casualties among the Viet Cong were so high that they never really recovered as an effective fighting force, resulting in ever-greater involvement in South Vietnam by North Vietnamese Army regular forces for the duration of the conflict. Nevertheless, despite their staggering losses, the Tet Offensive was a psychological, propaganda, and strategic success for the Vietnamese Communists.

Although frustration with the course of the war was already mounting among the American people and politicians, the prevailing attitude before the Tet Offensive, was “either do what it takes to win this quickly, or get out.” After the offensive, the attitude became increasingly, “just get out.” Recognizing even before the Tet Offensive that popular support for the war effort was starting to wane, the Johnson administration and senior U.S. commanders in Vietnam had embarked on an extensive “success offensive,” using all manner of metrics (e.g., kill-ratios, body counts, villages “pacified,” etc.) to show that the United States was winning the war in Vietnam, and that victory was near. The Commander of U.S. forces in Vietnam, General William Westmoreland, even publically stated that the enemy was incapable of mounting a major offensive. And then they did. What the metrics failed to show was the will of the enemy to fight on despite its grievous losses. What the American people then saw was a war with high casualties and no end in sight, and public and political support rapidly diminished.

During President Johnson’s broadcast, he also announced that negotiations between the United States, South Vietnam, North Vietnam, and the Viet Cong would commence in May 1968, and that the United States would cease bombing in North Vietnam (Operation Rolling Thunder) north of the 19th parallel (although not announced in the broadcast, bombing would continue between the 17th parallel (border between North and South Vietnam) and the 19th parallel) and along the “Ho Chi Minh Trail” supply route through Laos and Cambodia, and that Operation Sea Dragon. Additionally, U.S. naval bombardment of targets along the coast of North Vietnam would also cease north of the 19th parallel. Over the next months, the negotiators would argue mostly about the shape of the negotiating table, and American strategy would shift to “Vietnamization” (i.e., shifting the burden of fighting increasingly to the South Vietnamese Army, an “exit strategy” that was ultimately doomed.

Lost in what was the political and strategic debacle of the first months of 1968 in Vietnam was the fact that the U.S. Navy accomplished its assigned missions with extraordinary effectiveness, including playing a key role in preventing major cities in the Mekong River Delta of South Vietnam from falling to the Viet Cong during the Tet Offensive, continuing to strike numerous targets in North Vietnam despite increasingly lethal air defenses, providing extensive air strike and airborne intelligence support to the U.S. Marines holding out in Khe Sanh, preventing a North Vietnamese supply infiltration surge into South Vietnam via the sea, destroying numerous resupply vehicles and vessels, and killing large numbers of North Vietnamese and Viet Cong Troops.  What the U.S. Navy failed to do, along with the rest of the U.S. military, was to break the will of the Vietnamese Communists to fight.

Whether the strategies and tactics advocated by U.S. military commanders responsible for conducting the war in Vietnam would have resulted in victory is still debatable. What is not really debatable is that political restrictions and micromanagement from Washington, DC, greatly complicated military efforts, were frequently counterproductive and, in some cases, cost lives unnecessarily. To be fair, the Johnson administration was deeply concerned about a Soviet attack in Western Europe or Chinese intervention in the Vietnam War (as the Chinese had in Korea), which significantly affected the forces that could be committed to the war in Vietnam, as well as how those forces could be used. Nevertheless, concepts in vogue at the time such as “flexible response” and “graduated escalation” may have sounded good in political science class (and to Secretary of Defense Robert McNamara, also a casualty of Tet, who resigned on 28 February 1968), but they also allowed the enemy time to adapt and counter U.S. escalatory measures, and they represent a case study in how not to win a war.

Sources for this H-gram include, NHHC publications: War in the Shallows: U.S. Navy Coastal and Riverine Warfare in Vietnam 1965–1968 by Dr. John Sherwood; Naval Air War: The Rolling Thunder Campaign by Norman Polmar and Edward J. Marolda; Knowing the Enemy: Naval Intelligence in Southeast Asia by Richard a. Mobley and Edward J. Marolda; and other publications from the NHHC series, “The U.S. Navy and the Vietnam War.” Other sources consulted include: Flying Warrior: My Life as a Naval Aviator During the Vietnam War by Jules Harper, and History of the U.S. Navy, Volume Two, 1942–1991 by my Naval Academy advisor, Dr. Robert W. Love Jr.

The recently completed NHHC nine-volume series “The U.S. Navy and the Vietnam War” is available on the NHHC publications webpage and includes:

3. The Battle Behind Bars: Navy and Marine POWs in the Vietnam War

4. Navy Medicine in Vietnam: Passage to Freedom to the Fall of Saigon

5. Combat at Close Quarters: Warfare on the Rivers and Canals of Vietnam

8. Fourth Arm of Defense: Sealift and Maritime Logistics in the Vietnam War

9. End of the Saga: The Maritime Evacuation of South Vietnam and Cambodia