Sealift and Maritime Logistics in the Vietnam War 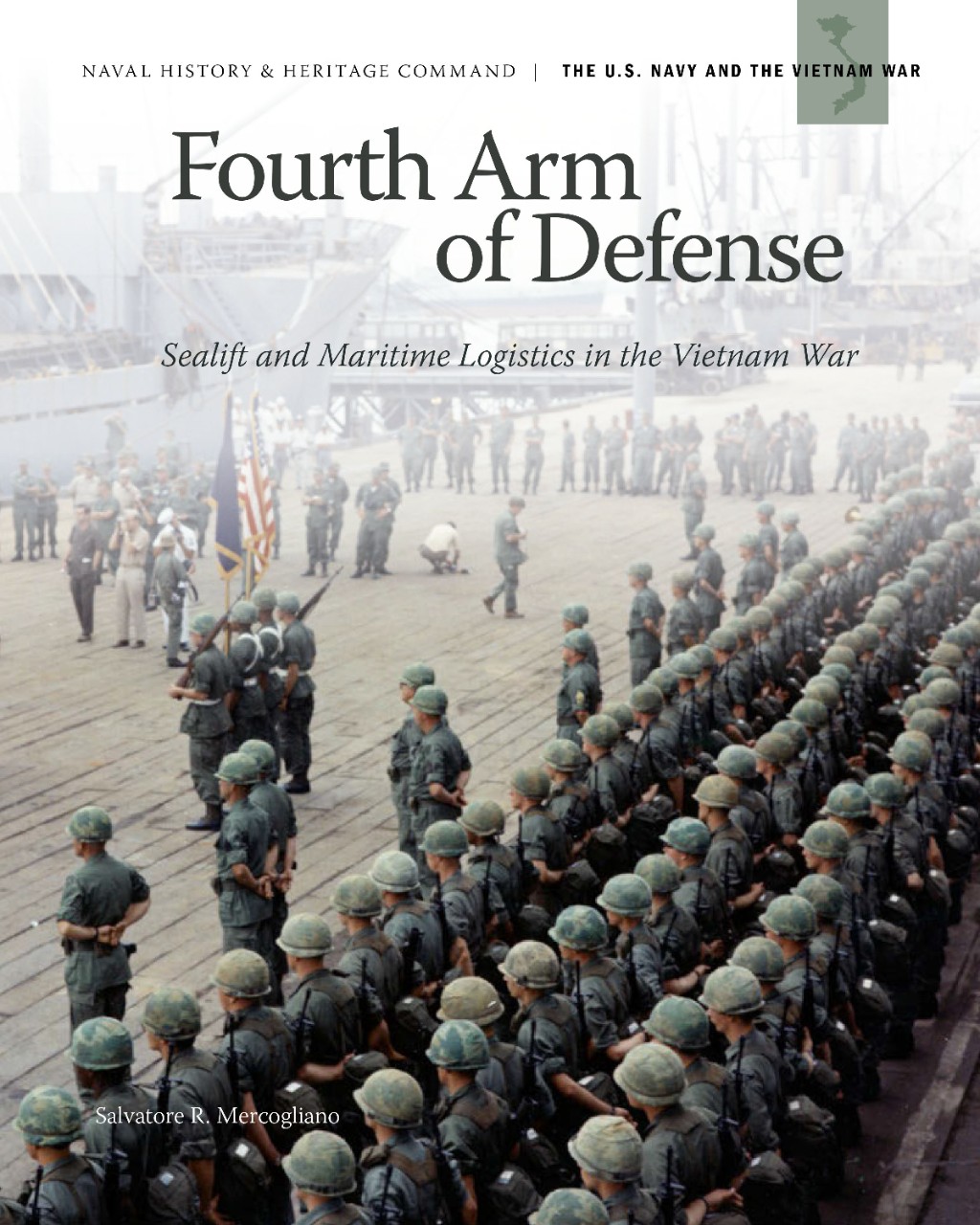 Fourth Arm of Defense describes the role of America’s Navy and the U.S. Merchant Marine in the logistics support of the conflict in Southeast Asia. The Fourth Arm of Defense details the deployment of Army and allied troops to the combat theater by the Navy’s Military Sea Transportation Service (later Military Sealift Command); development of port facilities and cargo-handling procedures in South Vietnam; the dangerous and sometimes deadly effort to deliver ammunition, fuel, and other supplies to Saigon and other ports far upriver; maintenance of the 5,000-mile logistics pipeline across the vast Pacific Ocean; employment of revolutionary cargo container and roll on/roll off ships; and the maritime evacuations from South Vietnam and Cambodia. The work describes the service and sacrifice of American sailors and the men of the U.S. Merchant Marine and many other countries who braved tempestuous seas and ports and rivers subject to attack by mine-laden Viet Cong ambushes. The work is amply illustrated with more than 80 photographs, maps, and a list of suggested readings. This publication will be of interest and value to those scholars, veterans, and students of the Vietnam War and the role of the Navy and the U.S. merchant marine in that conflict.