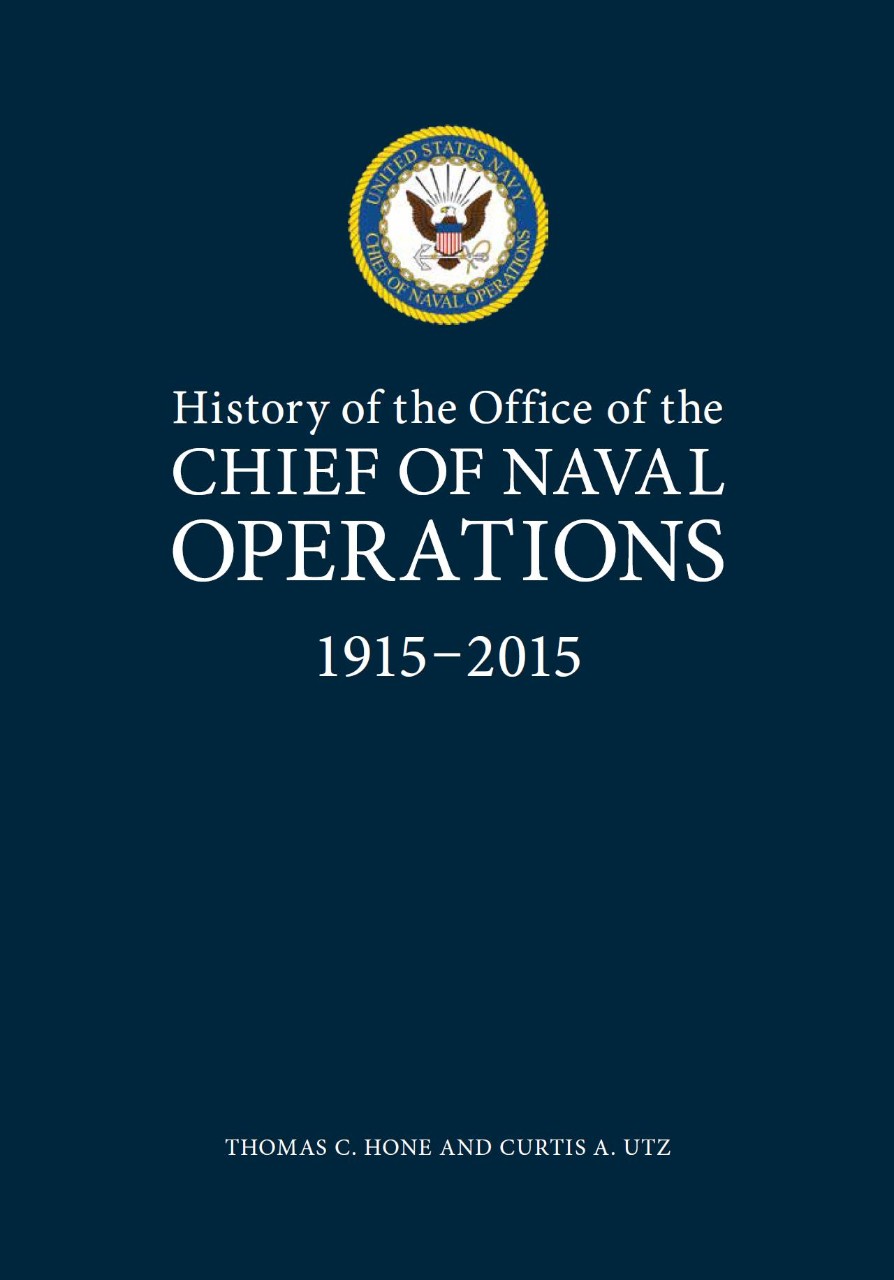 Available for free in the following format: 508-compliant PDF (28 MB)

This centennial history of the Office of the chief of Naval Operations (OPNAV) is organized around those individuals who have had the greatest impact on the agency. Most of these have been admirals, especially the Chiefs of Naval Operations (CNO). At times, however, a Secretary of the Navy, a Secretary of Defense, or a President has taken center stage, forcing the Navy's senior officers to react accordingly. In addition, the Navy obviously does not operate in a vacuum: What affects the country influences the Navy and its senior leadership.

One theme that is a constant across OPNAV's history is the desire of the Chiefs of Naval Operations to leave the Navy stronger than they found it. How have they done that - or attempted to do it? What has worked? What has not? How can a Chief of Naval Operations lead OPNAV effectively? What is the relationship between leading OPNAV and leading the Navy? What are a CNO's "measures" of effectiveness and/or success? Although this study is not intended to be a manual of leadership, in a sense it is that, though readers should be aware that the leadership required of a CNO changes as the environment - both in Washington and the world - changes.

On its own right, this story of OPNAV and the CNOs is a fascinating one - bureaucratic "battles" instead of actual combat - and provides many trenchant insights into how the U.S. Navy's organization, planning, policies, and strategy have evolved over the past century.