Galvanic: Beyond the Reef—Tarawa and the Gilberts, November 1943 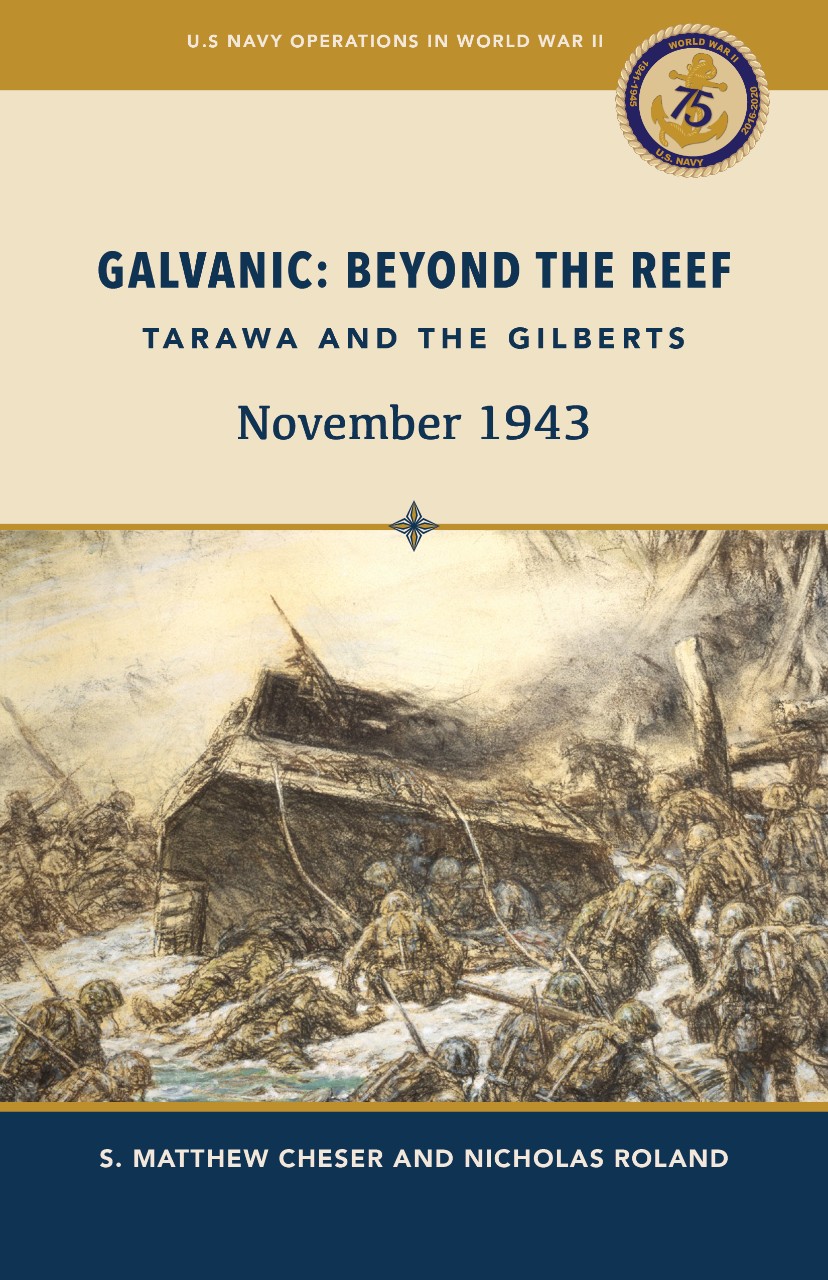 "Galvanic" was the joint operation led by the U.S. Navy Central Pacific Force to capture the Gilbert Islands, a Central Pacific chain straddling the equator. The operation's primary objectives were the capture of Apamama, Makin, and Tarawa atolls for future use as forward airfields to support subsequent operations in the Central Pacific. Approximately 200 ships and more than 35,000 soldiers and Marines would face around 5,600 Japanese combat and support troops. Despite the American preponderance of force, the Japanese would prove to be a tenacious foe.

The operation is most remembered for the heavy losses suffered by the 2nd Marine Division in its heroic assault on Betio, the main island of Tarawa Atoll. The desperate fighting introduced Americans to the stark realities of amphibious warfare in the Pacific, prompting decades of questions related to the necessity of the battle and charges of negligence or incompetence on the part of its leaders. At the same time, Tarawa demonstrated that American combined operations could seize any Japanese position, no matter how strongly defended, a process that would play out repeatedly until the end of the Pacific War in 1945.