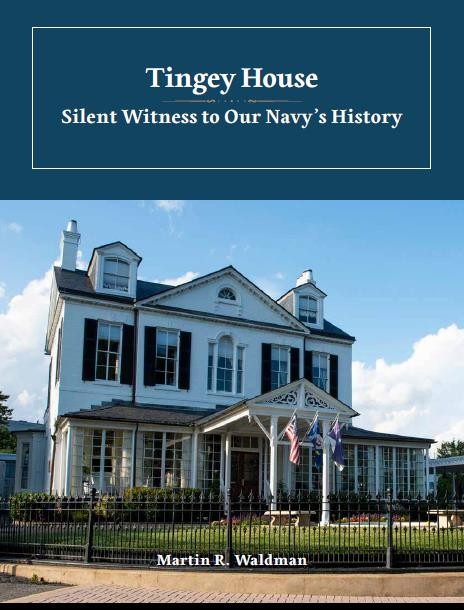 For more than two centuries, Tingey House has stood at the northern edge of the Washington Navy Yard, bearing witness to the U.S. Navy's history. Under its roof, the commandants of the yard tended to their duties, entertained presidents and other luminaries, and wrestled with fateful decisions that would have wide-reaching consequences. It was here that Thomas Tingey made his preparations to burn the Navy Yard in 1814 to prevent its capture by British forces. Later Rear Admiral and Chief of Ordnance John Dahlgren spent both the tumultuous early days of the Civil War and the final tranquil years of his life in the residence. During both world wars, successors to Tingey and Dahlgren worked tirelessly to meet the overwhelming ordnance requirements of these conflicts. More recently, Chiefs of Naval Operations have left their mark, working tirelessly to restore the historic structure while grappling with the challenges faced by the Navy at the beginning of the 21st century.