Study Sponsered by Deputy Secretary of the Navy (C3I and Space) Dr. Gary A. Federici

Edited by the Applied Research Laboratory, University of Pennsylvania, 2009 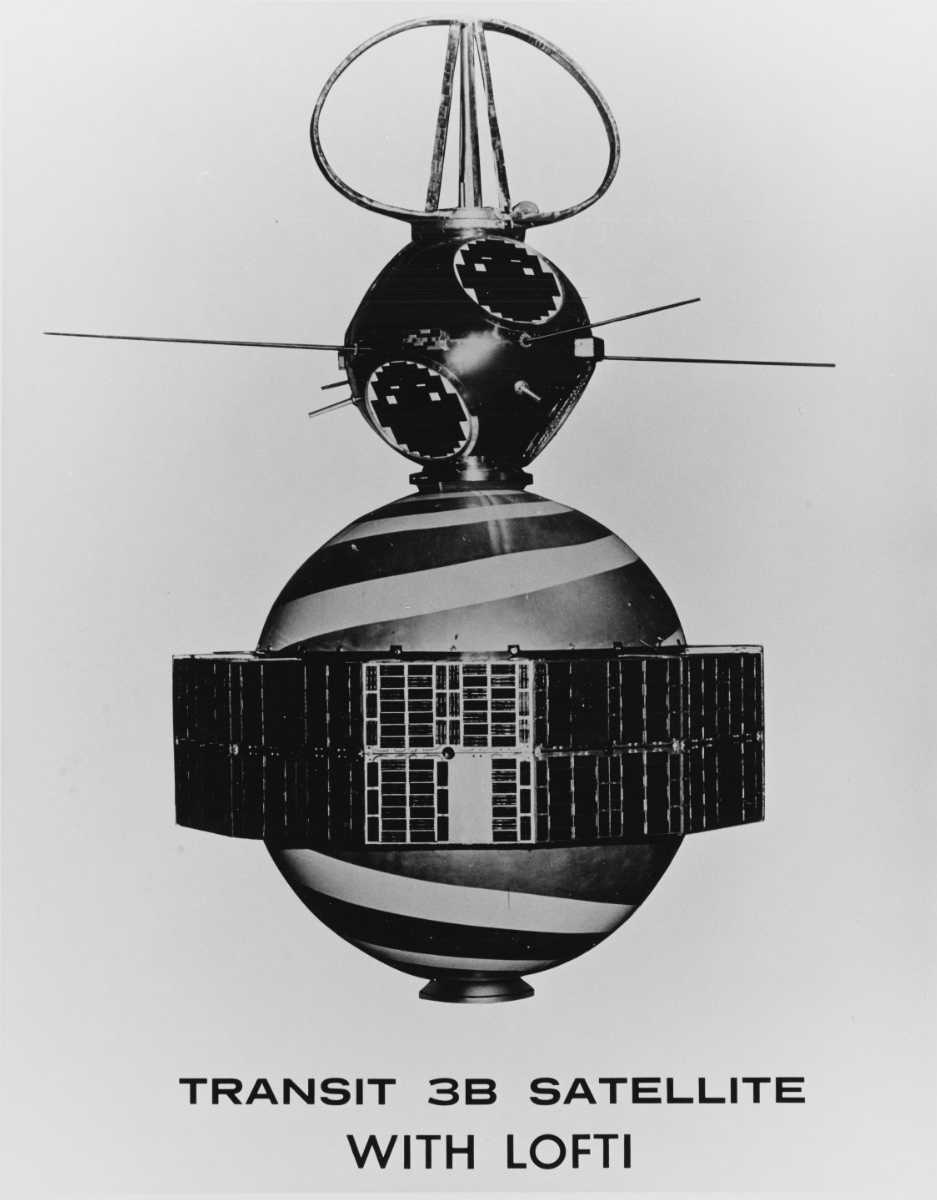 Early Navy Transit 3B navigational satellite with the Naval Research Laboratory's Lofti "pick-a-back" satellite mounted on top. The two satellites were separated by means of a spring device after orbit was achieved, February 1961 (USN 710863).

Revised and updated in 2010, this comprehensive study recounts the story of the U.S. Navy's first half century of space and space-related activities to support its sea, air, and land-projection operations. Much of its satellite capability was acquired jointly in cooperation with the other U.S. military services and agencies. The ending point to this chronicle marks fifty years since the Chief of Naval Operations at the time, Admiral Arleigh A. Burke, identified and promulgated nine requirements foreseen by the Navy for space capabilities. This half century spans the Cold War and U.S. engagements in Southeast Asia, the Balkans, and the Middle East. During this period, the Navy grew increasingly dependent on using space technology to support its tactical and strategic missions.